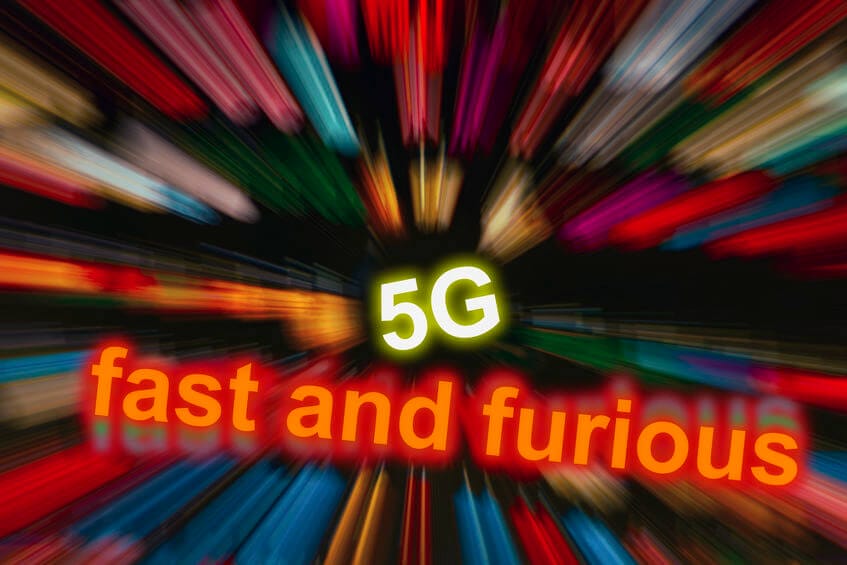 In 2019 we’ve seen many controversies about the 5G network. From claims, it will destroy people’s health to stories about chips being built inside people to track them down via 5G technology.

Last year, in the world, was reported 3.8 billion users of smart mobile phones. And most of them are using the Internet. Now, logically, with such a big market and so many consumers, something needs to change. We need tools that will support so many users at once. In the same year, 68.1% of all Internet searches came from mobile devices. Now you can get a clear picture of how many people are using mobile Internet and why expanding and improving the network is unavoidable.

Speaking “scientifically”, 5G is the fifth generation of mobile network technology. As per experts, it wasn’t designed to destroy anyone’s health neither to be used for following. Simply, the technology evolved and 4G was upgraded to 5G. Frankly, I do not remember such dust when we were switching from 3G to 4G not so long ago. Yet, every new generation brings new movements, so I will have to guess the second decade of the 2000s was for those who are against technology progressing.

Now, since 5G is inevitable and already in use around the globe, the question is what is the speed of this Internet technology. Since the main reason for switching from 4G to 5G was the speed, what we currently have from 5G and what is expected to come once the technology is fully developed and implemented?

As mentioned, since the technology is not developed yet, there are a lot of theories about the future 5G Internet speed. According to many research and talks, the speed could be between 1 Gbps to 10 Gbps. Of course, it’ll depend on the device you use and the area you are located in. The time necessary for data transmission could be as low as 1 millisecond.

Just for you to compare it, the theoretical speed for 4G today is up to 100 Mbps. However, the average consumer never gets as much. Now, if you wanted to download an HD quality movie 1080p, which has an average size of 4GB, it would take you 0.4 seconds with a maximum speed of 5G Internet and 41 seconds with the maximum theoretical speed of 4G Internet.

There are a couple of 4G improvements over the years, so now we have 4G LTE advanced that can theoretically have 1 Gbps speed. However, this type of Internet speed is not yet available in any region and depends a lot on the modem you have.

Another thing expected to improve with 5G is latency. This means that whatever you do on the Internet, the page will load faster and you’ll get a faster response for just any action. Just, for example, an average user of 4G LTE Internet has awaiting response time on average 20ms, while users of 5G are expected to have a waiting time of 4ms.

Saying this, we can compare 5G Internet to fiber cable connection more than regular cable Internet you have at home. Landline Internet providers seem to get competition since all the major mobile phone carriers already started their network of 5G home Internet.

Since 5G is good-looking and aiming for high speed, it’s expected that besides mobile phones, it will find deployment in other areas such as private networks with applications in industrial IoT, enterprise networking, and critical communications.

The first country to adopt 5G on a large scale was South Korea back in 2019. Since then, according to Global Mobile Suppliers Association, 224 operators in 88 countries reported that they are testing 5G or even got a 5G license.

It seems that this network type is the future of mobile phone Internet, whether we want to accept it or not.

The speed will depend a lot on the type of 5G network you are connected to. So far, there are three types of 5G – low-band, mid-band, and high-band. The highest speed, of course, comes from high-band 5G, however, the penetration through objects is poor with this network type. Therefore, you need to be in an open space or close to the modem itself in order to use the full potential of high-band 5G speed.

The low-band spectrum has the widest area of coverage, but the speed is more or less similar to 4G LTE. Therefore, this type of connection will be very useful in the future for rural areas, but people living there cannot expect to experience 5G speed to the max.

As you can already imagine, mid-band is a mixture of low-band and high-band with a lower area of coverage and higher capacity to penetrate through obstacles.

Currently, all the 5G users are using a low-band network. For now, there are not a lot of benefits of this Internet connection, since as mentioned, low-band 5G has almost the same speed as 4G LTE. The only benefit came for those living a far distance from network providers, they got a little bit more quality signal.

According to major US mobile phone carriers, the average 5G speed for downloading is around 70 Mpbs, compared to 4G which on average has a download speed of 40 Mbps. The speed varies not just depending on the network type, but also depending on the number of people connected to the network and the device you are using.

Despite 5G is available as an option on many new smartphones, far from being superfast. If you switch your phone to 5G, for sure you will not experience much of a change. It’s because, as aforementioned, at the moment you have access only to low-band 5G. With the development of 5G, it’s expected that all the phone carriers will improve the speed and latency for 5G users.

For now, you can check the offer from your carrier and find the device that supports 5G. For sure you will find an iPhone and Samsung as the biggest representatives of the 5G network, but there are several other manufacturers such as Huawei being competitive with the two mentioned.

The fastest 5G currently is known as mmWave and AT&T provides this type of 5G network. This network reached the maximum speed of 1.8 Gbps.

It’s yet to be seen in which direction will 5G network grow. For now, 88 countries worldwide are testing and deploying the network, while all the major phone manufacturers are enabling the network on their devices. It’s expected that the speed of 5G Internet will reach 10 Gbps. Since we all know that it’s unreal to expect that high speed for average users, we can be satisfied to get at least 1 Gbps. That way, we will come close to the maximum speed of 4G LTE advanced that technology exists, but is not available in any region.

If you have any ideas about the 5G network future development, I’d like to hear you out. Please, leave the comment in the section below.

How to remove someone else’s Apple ID on your iPhone