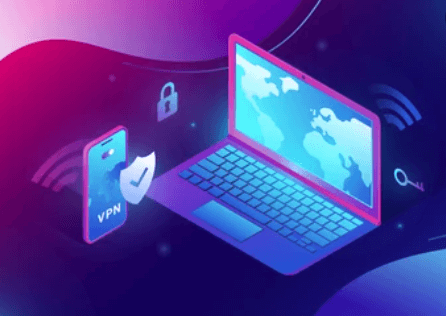 Home
Best Practice
How to Deal with VPN Disconnecting Issues

With the recent news of a string of hacks going on in multiple different countries, protecting one’s private data is a better idea than ever. One of the ways you can protect your personal information is by using a Virtual Private Network, or VPN for short, in order to encrypt the packages going through your connection.

Not only does using a good VPN prevent your ISP from looking at your connections and packets, but it also allows you to connect to websites or view content that would otherwise be unavailable in your region – as you can use a VPN connection that gets routed through another country that can access said content. This can be of crucial importance in countries that disallow viewing a large number of websites for whatever reason.

Using a VPN does come with its own downsides, however. Since your packages are not being routed directly (but rather through a tunnel), you’ll likely see your connection working a bit slower. This can be annoying, for instance, if you’re playing an online video game while using a VPN – your packets will take a longer time to reach their designated destination, and this will result in you having a higher ping. Of course, the benefits here likely will outweigh the negatives – as using a VPN hides your IP which is really important, especially in titles that still use a P2P system for their multiplayer sessions – these make it really easy for a tech savvy player to access your personal data, and that’s a big no in our book.

Another negative that VPNs bring is that some services outright disallow the use them – whether for regulatory or other reasons. Trying to use a VPN while accessing such services would likely result in an error message and a failure to connect.

The biggest downside of VPNs, however, can be the instability they can introduce to your connection. This instability can manifest in a couple of different ways – including outright disconnections which can be quite frustrating for the end users. If you’ve ever caught yourself wondering ‘why does my VPN keep disconnecting’, you’re in luck – we’ll go through some common causes for VPN disconnects as well as certain methods you can use in order to combat this pesky issue.

The first thing that comes to mind when dealing with VPN disconnects is an underlying issue with your regular internet connection. As your VPN still runs on top of the said connection, any issues with it would manifest while using the VPN as well. In order to confirm whether or not your own connection is causing the issue, you’ll want to simply turn your VPN off for a moment and try performing a simple search using your favorite browser – better yet, try using the connection and browse around for about half an hour – just make sure not to go to any websites you don’t want your ISP to see, or websites you don’t trust with your personal information. If everything is working normally on your connection with the VPN off, there’s a good chance that the issue is being caused by the VPN software. On the other hand, if this isn’t the case, you’ll likely need to troubleshoot issues with your own connection.

Now, if you’ve managed to single the issue out as a problem with your VPN software, there’s a couple of things you can try in order to resolve it. First, you can try to select a different region (server) than the one you’re currently using. For instance, if you were defaulting to a server in the EU, try selecting the US or Asian server and see if that works out for you (just keep in mind that the further the server location you pick is from your real location, the bigger the ping will become and the slower your connection will be – it’ll be less noticeable if you’re merely browsing through web pages, and more noticeable if you’re gaming or streaming content). Always try to pick a location as close to your real location if speed is what you’re aiming for – unless you have a specific reason to pick a location that is more remote, of course. If your VPN software offers multiple servers in the same region, you can try selecting a different server without changing the country, too – this might be an ideal case for you.

Next up, you can try to disable the more data-intensive applications you might have running – the usual suspects here are any sort of applications that download something off the internet, as well as streaming services. It could even be your own OS if it happens to start downloading an update in the background without your consent (and we all know Windows loves doing this). Such applications (or processes) could put a huge strain on your VPN connection which could in turn cause you to drop your connection – especially if the VPN server you’re using is under a heavier load to begin with.

If even reducing the load on your connection failed, you can try to change the protocol you’re using for your connection. The default protocol is usually OpenVPN – and for good reason, too. It’s perhaps the safest and best performing protocol out there currently. However, it’s not the end-all-be-all and there may be issues connected to using it in your specific circumstances. You can try to switch your protocol to something like IKEv2, in the hopes of getting a more stable connection (and this shouldn’t affect your speed too much, either). The protocols that are available to you will vary depending on the specific software and VPN provider you’re using, so feel free to do a bit of research on this topic and pick the protocol that seems like the best one for you.

Finally, we’ve come to the ultimate solution for everything IT-related: turn everything off and then on again. No, seriously – it became a joke due to how simple the step is, but it wouldn’t be recommended in so many situations if it didn’t work in a large number of cases. Simply restart your computer, router, and VPN software and try using your connection again – you’d be surprised how many people this routine helps.

If all else fails, you can try reaching out to the support department of the VPN provider you’re using – as they’ll have a better insight as to what is going on with your connection specifically. Failing that, perhaps switching the VPN provider isn’t a bad option, either – just make sure to do research and don’t trust free VPN software – nothing comes for free, and VPNs are no different.