You are here: Home / Android / How to download & install older versions of Android apps

Usually, getting an app update means that it got new features, interface or less bugs. But what if the developers actually released an update that you end up hating? Once the update is installed, there’s no way you can go back to the previous version through the Google Play store. In fact, when the Android Lollipop update rolled out, a lot of people didn’t like the updates of some Google apps and really wanted to go back to the versions they were used to.

Thanks to sites like APKMirror, it’s actually pretty easy to get your hands on earlier versions of a huge number of apps. For some apps, APKMirror offers versions that go back as far as October 2014 (Twitter). 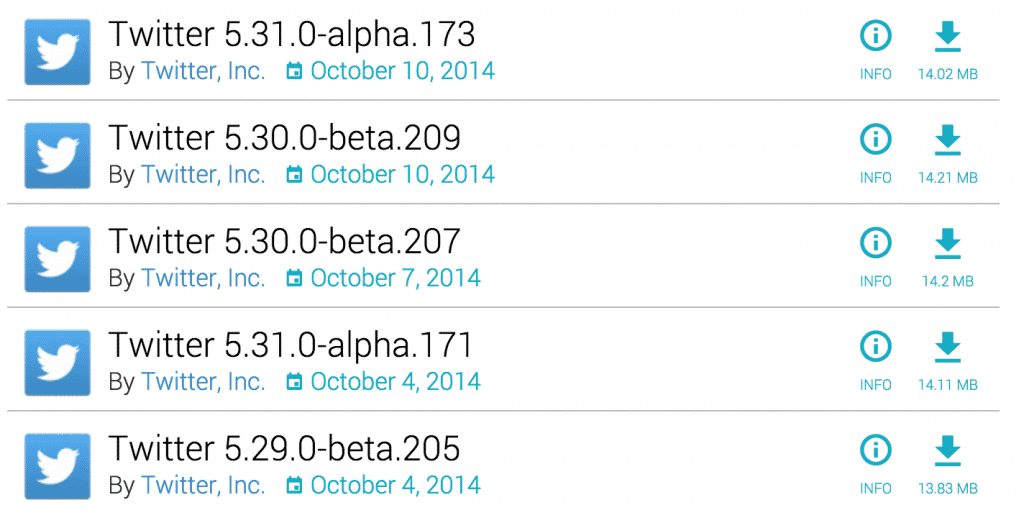 All you need to do is download the APK file from the APKMirror website to your device and install it directly without Google Play. The only thing you need to do beforehand is allowing installations from unknown sources in your phone’s settings. You can enable that option in settings > security.

The great thing about APKMirror is the added layer of security. Below every download button of an APK file, you can find a statement that says “safe to install” that confirms that the APK file you’re about to download is signed by the official developers and safe.

The easiest way to downgrade an app is to use your phone’s browser to visit APKMirror and navigate to the app you’re looking for. It’s less complicated than downloading it on your computer and then transfering the APK file to your device.

Once you found and downloaded the app’s version you need, use your go to file explorer, go to your download folder and execute the file. Now you just have to confirm the installation of the app like you’re used to and wait for the process to complete. One thing I recommend is disabling automated updates in your Google Play settings to avoid that the app you just downgraded gets updated again. Well, that’s basically it! I hope you found an older version and had no problems installing it. Should you get into any troubles, feel free to leave a comment.