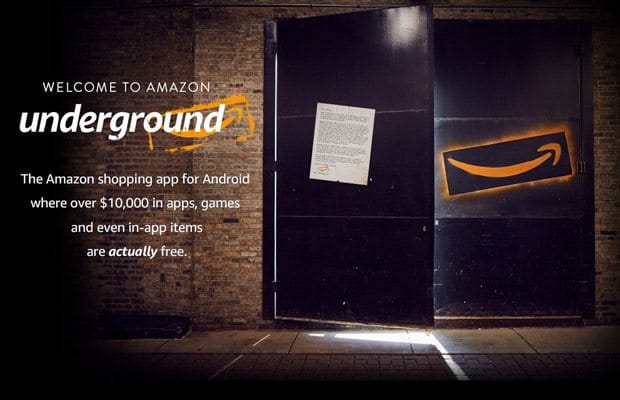 Many popular apps nowadays are available for free. However, most of them come with purchasable in-app content – so called IAP. While many people are not big fans of IAP, its a way for app developers to monetise their product. Yesterday, Amazon launched “Amazon Underground”, an alternative Android app store that offers thousands of apps with all IAP unlocked – completely for free. Well, not really for free if you’re thinking about paying for the app. You’re not paying with money, but the app tracks how much you use which app. With Amazon investing more and more into gaming, this seems to be a source of gathering data about Android gamers.

Amazon explains that Underground is financed by a special deal in which they pay the app developers on a per-minute basis. Free games include Goat Simulator, the Angry Birds series or OfficeSuite Professional 8. In the following I’ll explain how to download Amazon Underground and get free Android apps with all IAP content unlocked.

How to Install Amazon Underground

Installing Amazon Underground is quite easy and straight forward. Before we go ahead you need to make sure that you’re able to install apps from unknown sources. You can start from step 3 if you’ve done that already.

With the launch of Underground, Amazon shut down the daily free app program. All in all Underground seems like a nice deal if you can live with the fact that Amazon is asking for many access rights and tracking your phone. Enjoy!