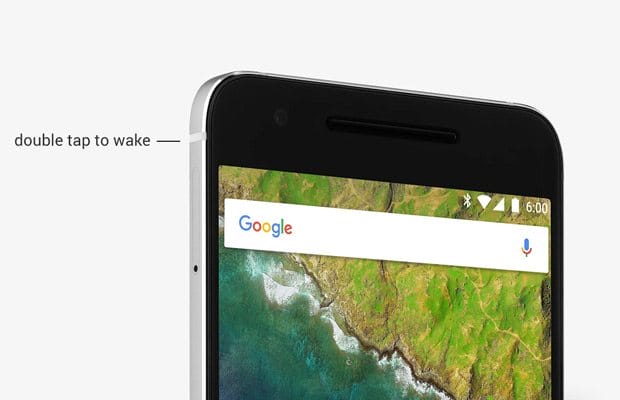 One of the great features of the latest LG or OnePlus phones is double tap to wake. Whenever those phones are in standby you only have to tap the black screen twice to wake it up. That’s super handy if you want to quickly check your notifications especially if you’re phone is lying on its back and the power button is not easily reachable (like on the LG G4).

If you just moved from an LG or OnePlus phone to the all new and exciting Nexus 6P, you either knew or quickly found out that double tap to wake (dt2w) is not supported. As amazing as the Nexus 6P is, having dt2w would make many people even happier.

Thankfully, XDA developer flar2 made a great discovery while checking the ins and outs of the 6P. He found a hidden double tap to wake setting that can be activated with a single line of code inside a terminal emulator. In order to use a terminal emulator on your 6P, you need to root it though.

All you need to do is past the following line of code and execute it using your favorite terminal emulator app.

The downside of this approach is that this hidden feature won’t work anymore as soon as you reboot your phone. You would have to repeat the process to get dt2w to work again.

If you’re okay with flashing a custom kernel then flar2’s got you covered. On the XDA forum, he has been developing custom kernels (called ElementalX) for many different phones. He also provided one for the Nexus 6P and amongst its features is double tap to wake. And it’s enabled permanently.

If you have rooted your Android devices before and played around with custom ROMs than flashing this custom kernel should be an easy thing to do. If you have no clue about rooting, I advice you to check out our rooting guide and browse XDA for more information.

I hope I was able to help you get your beloved double tap to wake working on your Nexus 6P. If you have questions or run into any troubles, let us know in the comments. Happy tapping!