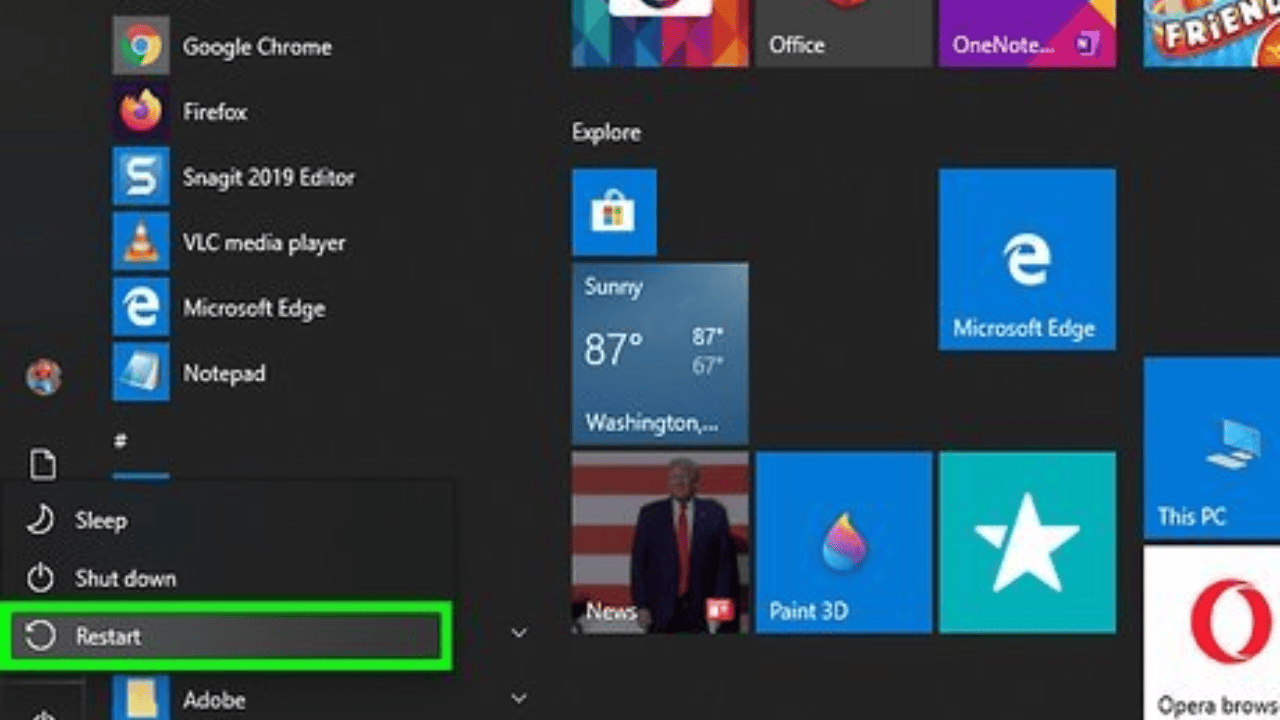 How to Get to Bios Windows 10

How to get to bios windows 10, Even if computers are getting more and more intelligent by the month, the underlying hardware is generally taken for granted. When you turn on your computer, the first thing that happens is the BIOS loads your operating system and all of your customised settings. It is crucial for PC users to be able to access BIOS, as this is where updates and problem fixes can be made. A Windows computer’s BIOS can be accessed by pressing a key (often F10, F2, F12, F1, or DEL) determined by the computer’s manufacturer. The advanced start menu recovery settings in Windows 10 can also be used to access the BIOS if the PC’s power-on self-test starting is overly rapid. One of Windows’ greatest selling points is the sheer number of customization possibilities available from within the operating system itself. The basic input/output system (BIOS) allows you to make changes to the boot sequence, enable or disable devices, and set the time and date before the operating system has finished loading. It may take a few extra keystrokes to enter BIOS on an older PC compared to a newer one. Before you touch any buttons or change any settings, we’ll show you the ins and outs of your computer’s BIOS and how to access it.

The Basic Input/Output System (BIOS) is the central processing unit (CPU) software that boots up your computer. The basic input/output system (BIOS) is a computer programme that is usually installed on the motherboard and acts as a catalyst for many PC activities. The basic input/output system (BIOS) is kept on a chip with erasable, programmable, read-only memory (EPROM) that keeps its data even when the power is turned off. After turning the computer off and back on, the BIOS accesses the same saved information. In addition to controlling the hardware in your computer, the BIOS system handles the flow of data to and from the operating system and any peripherals, such as the hard drive, keyboard, visual adapter, printer, and mouse. BIOS performs a self-check at startup called the Power-On Self Test (POST) to ensure all connected hardware is functional and properly positioned. Your computer will start up normally and transport you to the load screen in a matter of seconds when all attachments have been allotted and given the go-ahead. If the BIOS detects an issue, you will see an error screen or hear a series of beep signals.

The basic input/output system (BIOS) software found in computers has come a long way from its inception in the ’80s. However, because of the lightning-fast pace at which technology develops, BIOS is now hopelessly out of date and creates a number of problems for modern devices. Newers Pc systems capable of storing many terabytes of data are too complicated for less robust BIOS software. Older computers are typically only able to boot from drives that are 2.1 terabytes or less in size, whereas newer computers can boot from discs that are 3 terabytes in size or more.

The requirement for faster booting led to the development of UEFI. Unlike the previous BIOS system, the new standard is able to work around the restrictions that were previously in place. In theory, UEFI, which stands for Unified Extended Firmware Interface Forum, can manage discs of up to 9.4 zettabytes in size while operating in either 32-bit or 64-bit modes. In addition to replacing BIOS, UEFI serves as a lightweight OS on top of your computer’s embedded firmware. Whether your computer boots with BIOS or UEFI, this programme is essential for a quick start-up and reliable operation. In order to maintain your PC running well, it’s important to have access to the BIOS.

What are the basic functions of BIOS?

Let’s dive into what BIOS actually performs for your computers now that you know what it is. It is possible to classify the tasks performed by the BIOS into four categories.

Power-On Self Test, or POST, is a series of checks that your computer does every time you switch it on. POST runs diagnostics on your computer’s hardware to check for problems and make sure everything is in working order before booting the operating system. POST checks everything from the keyboard and hard drive to the computer’s RAM speed and built-in connectors. In the event that everything checks out, POST will proceed regularly, and your computer will boot up. Whenever the BIOS detects a problem, it will provide an error notice, which may be in the form of text on the screen or a series of beeps. These beeps always correspond to certain messages, so if you hear them, it’s time to investigate the state of your computer’s hardware.

Your computer’s CMOS contains all of its most fundamental settings, including the system time and hardware configuration. That’s right; the Complementary Metal-Oxide Semiconductor (CMOS) memory chip is where your BIOS configuration changes are permanently stored. Your security parameters (such as PIN and time/date) are configured in the CMOS setup.

There are several programmes in your computer’s RAM chips, including the drivers for the basic input/output system (BIOS). These kernel-level drivers are what your computer relies on to start up and provide you with the most fundamental of control options.

How to enter BIOS in Windows 10

You will need access to your computer’s BIOS when you’ve ran into an aggravating computer issue or when you need to modify CPU hardware for an updated processor. Windows 10 laptops and desktop PCs have two simple methods for accessing, testing, and updating your BIOS, making these tasks much less of a hassle. Separately, I’ll explain the two approaches.

Method #1: Use hotkey during boot-up

While you might not have had time to notice it, your computer goes through a Power On Self Test (POST) procedure to load the operating system and the desktop as quickly as possible. Within this brief window, you can also enter your computer’s BIOS by pressing the shortcut key you’ve set. When it came to deciding on a single BIOS key, unfortunately, PC manufacturers were all over the map. In most cases, HP laptops will utilise F10 to exit. The most frequent BIOS keys are DEL and F2, however if you’re not sure what your brand’s hotkey is, this list may help.

In most cases, you may access the BIOS setup programme by pressing the hotkey you assigned to it while the computer is booting up. To access the BIOS configuration screen, hit the F10 key when your computer boots (this works for many HP models including the Pavilion, EliteBook, Stream, OMEN, and ENVY series). Pressing the hotkey repeatedly may be necessary for some brands, and some may even necessitate the use of a second button. Consult your computer’s user manual or the manufacturer’s website for the most up-to-date and accurate details.

Now that computer technology has improved, we can watch them start up in a matter of seconds. This makes it difficult to use any shortcut keys, which can be frustrating for people trying to access the BIOS.

This way of entering BIOS can be accomplished through your computer settings, which is convenient for PC users who may have trouble catching that tiny window to use their hotkey.

Step 1. To change Windows preferences, click “Settings.” Select “Settings” from the left side of the Windows menu. Another way to access your Windows settings is by pressing Windows + I.

Step 2. Choose “Security & Updates” The “Update & security” button is toward the bottom of this window.

Step 4. Click “Restart now” You can configure or restore your PC by clicking the “Restart immediately” button found under “Advanced startup.” When your computer restarts, a special menu will appear with the options to “Use a device,” “Continue,” “Turn off your PC,” and “Troubleshoot.”

Step 5. Select “Troubleshoot”. To access the UEFI firmware settings, click “Advanced options” and then “UEFI” within this box. Doing so will unlock the BIOS menu on your Windows 10 machine.

Step 6. Confirm your restart. No matter what version of Windows you’re using on your PC, be it 8.1 or 8, these instructions will help you out.

What to Do If You Can’t Access the BIOS

If you are unable to enter the BIOS at startup, Fast Boot or Fast Startup may be to blame. The terms “Fast Boot” and “Fast Startup” are often used interchangeably but have different meanings. A computer’s first startup time can be reduced by adjusting a parameter called “Fast Boot” in the system’s BIOS or UEFI. Fast Boot allows for an operating system like Windows 10 to load faster by skipping some of the hardware checks and initializations that would normally take place when the computer is first turned on. Another option (often termed Ultrafast Boot) is available, which is even quicker because it skips initialising components like USB controllers and disc drives. If you enable this option, your USB devices won’t work until the operating system boots. It also blocks the use of any external media to start the computer. If that’s the case, rebooting with the CMOS clean will reset your computer’s BIOS to factory defaults. There may be a button on the back of your PC near the USB ports that may be used to reset the CMOS if you have a newer or more expensive motherboard. Press and hold it for at least 10 seconds if it is present. Clearing the CMOS should enable you to enter the BIOS with the proper key on startup, as Fast Boot and Ultrafast Boot are disabled by default.

If that isn’t the case, see the manual that was included with your computer or motherboard. There could be more detailed instructions available for your individual system.

7 things you must know about PS5 tips and tricks