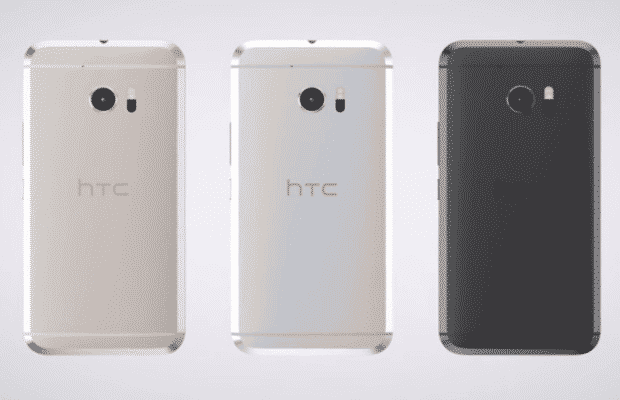 HTC 10 leaks in video ahead of its launch tomorrow, here’s everything that you need to know

HTC’s upcoming flagship is expected to go official tomorrow, but the company has released a promo video for the device for a sneak peek.

The HTC 10 had been appearing on the rumor mill for quite some time now. The video showcases the metal-clad device from every angle and it also gives a glimpse of the BoomSound speakers at the bottom. It also revealed that the device will be up for sale in Black, Silver, and Gold color variants.

HTC recently shunned all the speculations by making the launch date official. The company is all set to unveil the device tomorrow. Earlier, the device also appeared on AnTuTu benchmark with some top of the line specifications that are set to give tough competition to recently launched smartphones such as Samsung Galaxy S7 Edge, Xiaomi Mi 5, Apple iPhone 6s, and much more.

Taking a cue from current rumors and leaks, we have plenty of information about what HTC 10 might feature under the hood. The promotional video of the device showcases a full metal body with a physical home button at the bottom, which will be embedded with a fingerprint scanner. The device might come with a 5.2-inch WQHD display (2560×1440 pixels), and run Android 6.0.1 Marshmallow with Sense UI 8.0 skin on top. It is expected to come powered by either Qualcomm Snapdragon 820 processor or a comparable MediaTek chipset matched with 4GB of RAM. In terms of storage, it will have three storage variants – 16GB/32GB/64GB expandable via microSD card.

HTC teased the device last month for its ‘World First and World Class’ camera capabilities. The smartphone is expected to sport a 12-UltraPixel rear camera with dual-tone LED flash, Phase Detection Autofocus (PDAF), and laser autofocus, along with an 8-megapixel front-facing camera. Interestingly, both the front and rear cameras are expected to come equipped with Optical Image Stabilisation (OIS) functionality, which delivers blur-free images. On the connectivity front, the HTC 10 might support 4G LTE, Wi-Fi, USB Type-C, Bluetooth, and GPS.

The HTC 10 will be made official on Tuesday at 8:00 a.m. EDT. Stay tuned with us for more information about the smartphone.