The wait is finally over as HTC has unleashed its much-awaited flagship, the HTC 10. And this time around the device’s name does not carry monikers like ‘M’ or ‘One’. In terms of hardware and even design, it looks fairly impressive.

For the US, HTC will be shipping the device with the Snapdragon 820 chipset clocked at 2.2GHz. However in the regions such as India, the device will be launched as ‘HTC 10 Lifestyle’, powered by a 1.8GHz Qualcomm Snapdragon 652 processor. There are many other differences between the region-specific variants in terms of storage, chipset, RAM, and also the sapphire lens used in the primary camera.

Coming on to the other specifications, the HTC 10 comes with a 5.2-inch Quad HD Super LCD 5 display ((1440×2560 pixels) at a pixel density of 564ppi. The device features Gorilla Glass screen with curved edges. On the software front, it runs Android 6.0 Marshmallow with HTC Sense UI on top. The company teased the device heavily on the basis of its ‘World Class’ camera, the device sports a 12-UltraPixel laser autofocus primary camera with dual tone LED flash, optical image stabilisation (OIS), and BSI sensor. The camera is equipped with 1.55 micron pixels, which is touted to deliver flawless images. There is a 5-megapixel selfie camera onboard too, which also features BSI sensor, optical image stabilisation (OIS), autofocus, and auto selfie (via smile detection and other gestures). 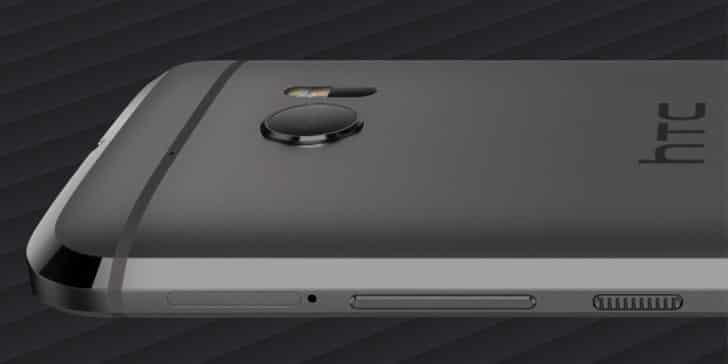 The smartphone features a 3000mAh battery, which is claimed by the company to deliver up to 21 hours of talk-time on 3G networks. Also, the device comes equipped with Quick Charge 3.0, which ensures that the battery fuels up 50 percent in just 30 minutes. On the connectivity front, it supports 4G LTE, 3G, Wi-Fi, Bluetooth 4.2, NFC, DLNA, USB Type-C, and GPRS/ EDGE.

In terms of pricing and availability, the HTC 10 (unlocked edition) will be up for sale on company’s official website at $699. It will be available in Glacier Silver and Carbon Grey colour variants. HTC revealed that the device will start shipping in the starting of May. In addition, it will come packaged with HTC’s Uh Oh Protection, which offers a replacement for water damage or cracked screen for 12 months free of cost. It is up for pre-ordering, starting from today.

Impressed with the HTC 10? Let us know through the comment section below.