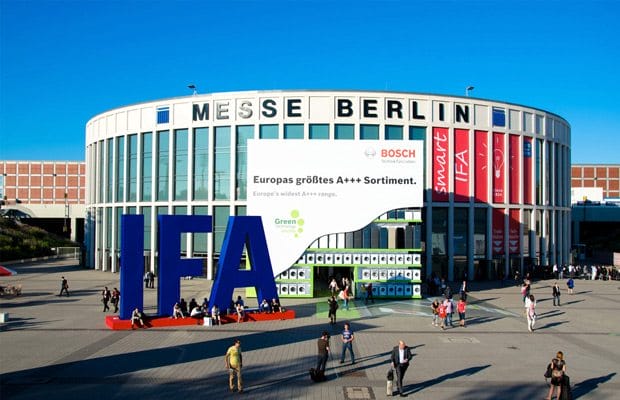 On Friday IFA 2014 will open it’s door to show the latest consumer electronics and home appliances in Berlin, Germany. With over 1,500 exhibitors on a total of 145,000 m2 we can expect many cool gadgets such as the Moto 360 or the new Samsung Galaxy Note 4.

Based on a mix of rumours and already announced releases, we can mostly expect new smartphones as well as wearables and tablets. Here’s what you can expect in detail:

Wearables are an obvious choice with Google announcing Android Wear earlier this year and Apple expected to announce an iWatch a week after IFA. This year’s smartwatches are a mix between round and curved displays coming with a variety of features. Samsung, for instance, offers a build-in cellular radio and Nike+ support while not running on Android Wear. Personally, I believe that the following wearables will be announced:

Of course it’s update time for a few smartphones such as the Galaxy Note 4 or the Moto X+1. It will be interesting to see how the new generation will compare to the devices launched earlier this year, especially in terms of battery life, general performance and screen. The phablet king Galaxy Note will get an update on is said to have a 5.7” 1440p display. Especially Sony is expected to launch many new devices and updates to its current Z2 series. According to various sources, the following smartphones will be announced at IFA 2014:

I’m really looking forward to this year’s IFA because I’m planning to get a smartwatch but the current generation seemed kinda buggy and boring. I don’t believe that we’ll see anything new from Apple during IFA but the week after. What are you looking forward to?

Apple Watch is here – How does it compare to Android Wear?