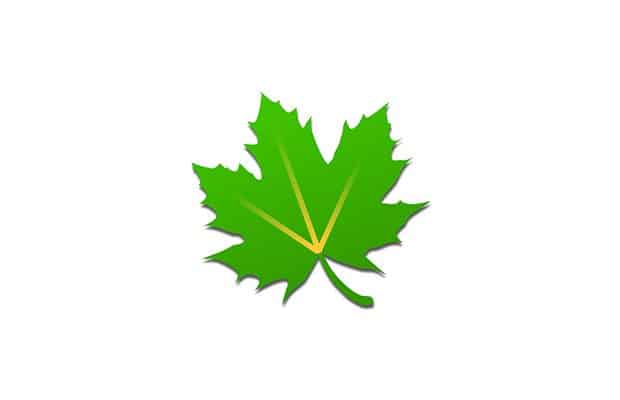 How to Increase Android Battery Life and Performance With Greenify

Android is a tremendous open operating system that offers many benefits for both developers and end-users. Unlike iOS apps, developers have more possibilities like persistent background services, event receivers and frequent alarm triggers.

These possibilities, as good as they are, can also lead to overusing certain apps. And this overuse can lead to the quick draining of your battery. An average Android user has between 15 and 25 apps installed on their device. You can understand how that affects your phone and its battery. The Android itself presented Doze Mode, where you can hibernate certain apps and save your battery life. It all started with the Android 6 version, but there were a lot of issues – this mode works only when the screen is off, when the phone is off the charger, and the device was in “standby” mode for some time. When the Android 7 version was released, the need for your device to be idle was removed, but all the other requirements remained. So, we needed another solution.

If you’ve noticed that your battery lasts way shorter than when you first bought your Android phone, do not worry. There is a simple solution to this problem. It’s called Greenify.

Greenify is so far the best battery saver! It’s a free Android app that will increase your system performance and battery life. In order to use this app, it requires rooting, so make sure to first check out our Android rooting guide if your Android device does not have root yet.

What Does Greenify Do?

Greenify is the app that is detecting other apps running in the background and draining your battery. Imagine having ten unnecessary apps running on your device 24/7. Greenify is there to detect these apps and help you put them in hibernation mode. This helps save the life of your CPU and RAM as well. Cool, huh?

You can get the Greenify application at the link below.

How to Use Greenify On A Rooted Device

To select apps that should be “greenified”, simply launch the app, press “+,” and choose the apps. Greenify will show you all the apps that are scheduled to run in the future, as well as apps that will slow down your device. It’s impossible to greenify system apps with the free version of the app but with the paid donation version.

With all the benefits Greenify offers, you have to make sure to choose apps wisely. If you greenify apps like alarm clocks or instant messengers, these won’t work as “intended” anymore. Your alarm clock won’t wake you up, and you’ll not receive notifications if somebody sends you a message.

Greenify comes in a free and a $2.99 donation version. The donation version includes additional experimental features like greenifying (some) system apps and keeping notifications after hibernating an app. The free version will be excellent for most users, but $2.99 is a fair price to pay for even better system performance and battery life. 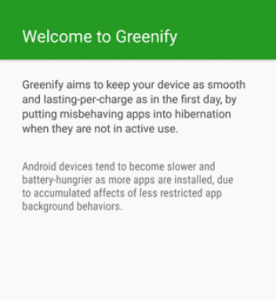 How To Use Greenify On the Device That Is Not Rooted?

As mentioned, the best would be to use the app on a rooted device. The success will be higher. However, if you wish not to root your device, you can still use Greenify app. 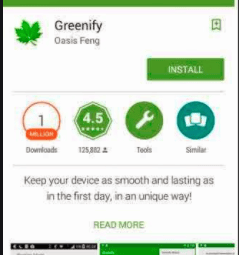 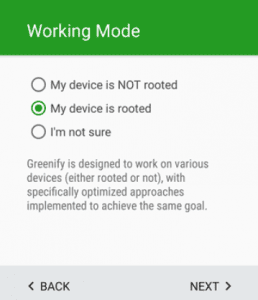 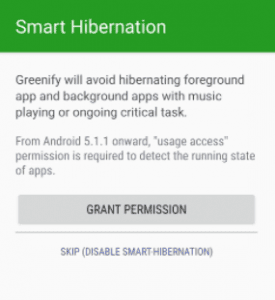 Congratulations! You have used Greenify without rooting your Android device.

Lately, many users are reported specific bugs with Greenify app – the app does not automatically put some apps to sleep, or there is an issue with MIUI 11 on Xiaomi phones and OnePlus Android 10 devices.

If you prefer to switch to any other app similar to Greenify, you can try with Brevent, Servicely, Ice Box, or any other app that will do the same thing. However, these alternatives are not the same since most of them require you to root your Android device.

Greenify is an app existing for years, and we are absolutely sure that it’s harmless for your Android device.

I’ve been testing Greenify app myself for the past couple of days. As a Xiaomi user, I wanted to check if the reported bug has been fixed on MIUI 11, and I can tell that I haven’t experienced any issues. I rooted my device, and everything worked as it should. Therefore, the best would be to use the app on a rooted Android device for a better experience, as I already mentioned above.

All I can tell about Greenify – my battery lasts on average 15h longer than before! I am astonished!

Take a look at our Android knowledge database.

Motorola’s Moto X Is The Most Intelligent Smartphone Out There