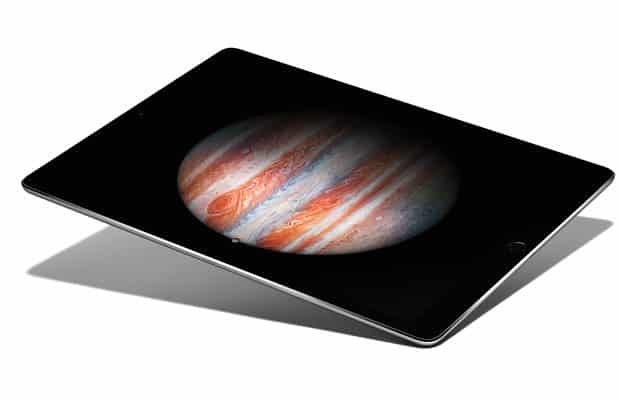 Update: In October 2013, almost two years ago, I have published the original post about my thoughts on the rumored iPad Pro. You can read the unchanged post below.

So Apple launched its newest lines of premium tablets – starting with the original iPad Pro. In short, it’s a larger, more expensive 12.9 inch iPad Air with a better processor, that works with additional Apple accessories like the Apple Pencil and the Smart Keyboard. These are obviously not included in the iPad Pro’s price. More on that below.

Battery: up to 10 hours of surfing, videos and music on Wi-Fi, up to 9 hours over cellular network

Colors: much like the iPhone, the iPad Pro comes in Silver, Gold and Space Grey

Unfortunately, Apple hasn’t revealed a certain date for the public release of the iPad Pro. All we know is that the new tablet will hit the market in November 2015. 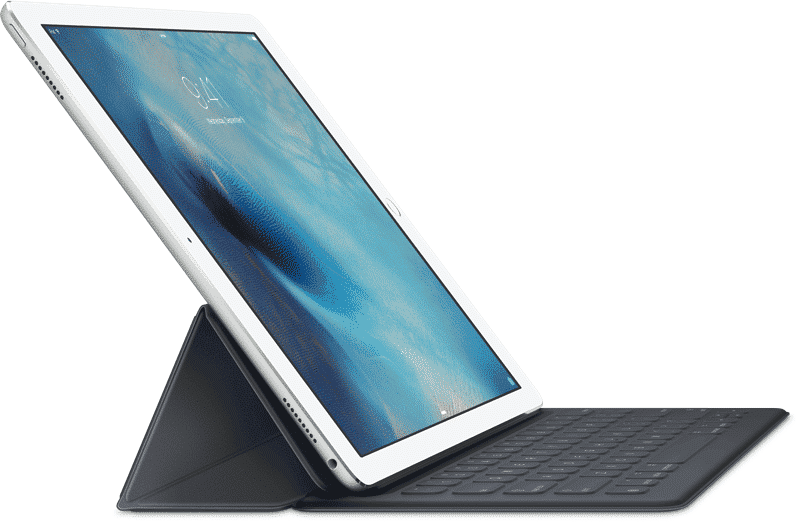 What we got right and wrong two years ago

Thoughts from two years back – unedited 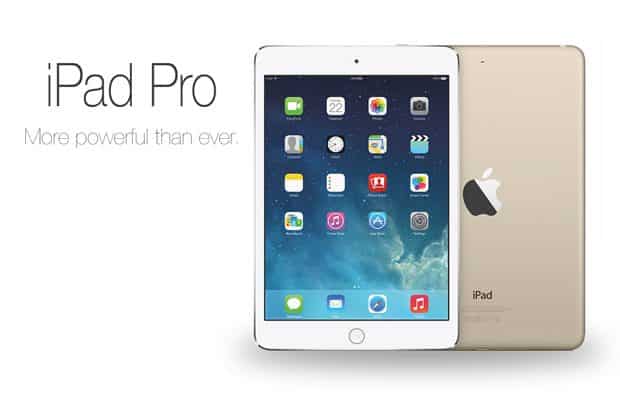 In the last few days, right after the announcement of the new iPad Air, numerous authoritative websites and blogs have reported on the rumour of an iPad Pro. Apple is supposed to release it next year, introducing a new (not replacing) a new line of iPads. We have seen all kinds of ideas on the iPad Pro. But how real is the thought of Apple releasing a “Pro” version of its most successful tablet really?

Two product lines of everything

Let’s look at what happened in the last couple of years:

You get the point.

So now that we have two product lines for every major Apple product, what are we missing? A fresh second line of iPads. In my opinion, an iPad mini (no matter what screen or generation) can not be thought of as an “affordable” version of the iPad.

Apple has always been positioning all of its products as premium and up-class. But over the last few years Apple has slowly moved towards selling those premium products along with their affordable counterparts.

Just look at what Apple said about the new line of iPhones.

At the last Goldman Sachs Technology Conference Tim Cook has mentioned that Apple was surprised by the incredibly high demand for the iPhone 4 after the release of the iPhone 4s. What this shows is that there is demand for slightly cheaper Apple products, even if the hardware in any given device is not the latest one.

Chances are that we will see an iPad Pro next year

There is a market for affordable Apple products. Tim Cook is very aware of this fact. And the only thing Apple is missing is an new affordable product line of iPads, which would replace the iPad 2.

Introducing an iPad Pro next year will give Apple the opportunity to drop the iPad Air’s prices, position it as the affordable counterpart of the iPad Pro, and, finally, create a premium version of Apple’s legendary iPad. As we see Apple move towards installing a Retina display in all of its MacBooks, this will also be an opportunity to begin doing the same with iPads.

Since the release of the iPad Air we all have been hearing a lot of thoughts on whether Apple will actually release an iPad Pro next year. Some have even suggested that the iPad Pro would have a 13 inch screen. Let’s assume for a moment that the idea of the iPad Pro is actually real… how would it look like and what features would it have?

As we all know by now, when Apple calls something “pro” it doesn’t mean that the device is meant for professionals only. The new low-end 15-inch Retina MacBook Pro doesn’t even have a dedicated graphics card on board.

So how would an iPad Pro look like in terms of exterior and hardware? Let’s think one year ahead. Here are some (hopefully realistic) predictions:

Tablets are made to be portable. They are made to be carried around in bags, in jacket pockets (for 7” tablets), in briefcases and in your hand. With a tablet you can have easy access to entertainment and be productive on the go.

All 7-inch tablet owners know that as soon as you pick up a 10-inch tablet you are surprised by how much it actually weights. And now imagine carrying around a 1.3 pound tablet, which is almost twice the weight of the iPad mini.

To make a 13-inch iPad, Apple would need to come up with a unique selling point for it first. And I, personally, don’t see how people could make use of a 13-inch tablet. Even for professional use, it would make more sense to buy a 13-inch MacBook Pro for a few hundred dollars more, but have a full installation of Mac OS X with all its features, all the hardware and connection ports.

Also, a larger screen will require a larger battery, higher resolution (to keep it Retina) and all apps would have to adapt to it. This is not an option, since Apple relies heavily on the app developer community.

With all the changes we have seen over the last couple of years, a release of an iPad Pro is very likely. It would be positioned as a premium counterpart of the iPad Air, with the latest hardware and other features, such as TouchID. A 13-inch iPad Pro is very unlikely to be seen in the next few years, since there is simply no unique selling point to it. Yet.

What do you think of the idea of an iPad Pro? Would you love to see one on the market? And what kind of features and specs are you looking forward to see? Please share your thoughts in the comments and share this post with your friends.

The Ultimate Guide to Getting Free Dropbox Space