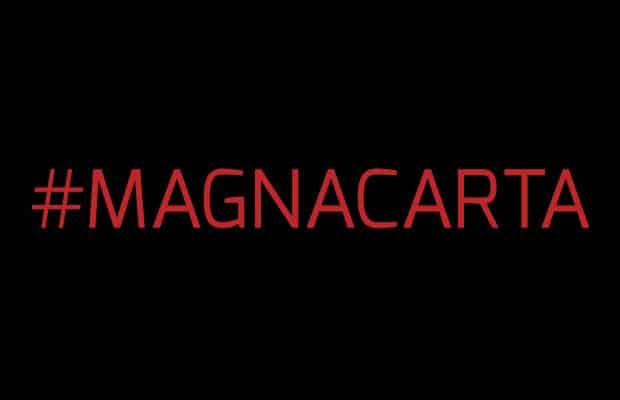 Piracy is a huge issue for the music business. Musicians and labels have been fighting it for years. Streaming services like Spotify or Google’s recently introduced new Google Music are already a great way to deal with the situation. Rapper Jay-Z now teamed up with Samsung Mobile to release his new album Magna Carta Holy Grail in a revolutionary and creative way.

During a television broadcast of the NBA Finals between the Antonio Spurs and Miami Heat, a three minute commercial first revealed the marketing campaign. The video has been trending on YouTube ever since. It shows Jay-Z in the studio working on his new album “Magna Carta Holy Grail” with Pharrell Williams, Timbaland, Swizz Beatz and Rick Rubin.

A simple marketing gag you say? It’s not just that but a smart marketing campaign that will secure Jay-Z’s album to go platinum before it’s even officially released.

The internet is like the wild west. The wild, wild west. We need to rewrite the rules. We don’t have any rules, everybody is trying to figure it out.

The sale of “Magna Carta Holy Grail” will start on July 7th, but Samsung smartphone users are able to get the album 72 hours before that – for free. In a $5 million deal Samsung purchased 1 million copies (or more likely licences) of Jay-Z’s latest album. This will not only grant the rapper a decent amount of money, but also give the album the platinum status before it’s even released.

Samsung Galaxy S3, Galaxy S4 and Note 2 users are able to install a special Magna Carta app on their Android device which will unlock the album on July 4th at 12.01 am EST. The app will also include an inside look into the personal stories and inspirations involved in creating it. If you want to be one of the first million to download the album and don’t have one of the devices listed above, check out our Android phone buyer’s guide and get one.

Samsung Galaxy owners are also able to share the app (and hence the album) with other Galaxy users via Twitter, Facebook or Samsung’s NFC technology S-Beam. We’ve seen some cool NFC marketing campaigns from Samsung so far, but this is by far the best one so far!

Why #Magnacarta Is A Brilliant Marketing Campaign

There are several reasons why the “Magna Carta Holy Grail” is a brilliant marketing campaign. Some of them include

Although I don’t have a Samsung Galaxy device, I’m still looking forward to the new album. Jay-Z teaming up with Samsung is a great idea and I’m looking forward to more similar campaigns and approaches. As Jay-Z concludes in the commercial, “The idea is to really finish the album and drop it, giving it to the world at one time and letting them share it,”. Looks like they understand how music can still be monetized and marketed in a cool and creative way.