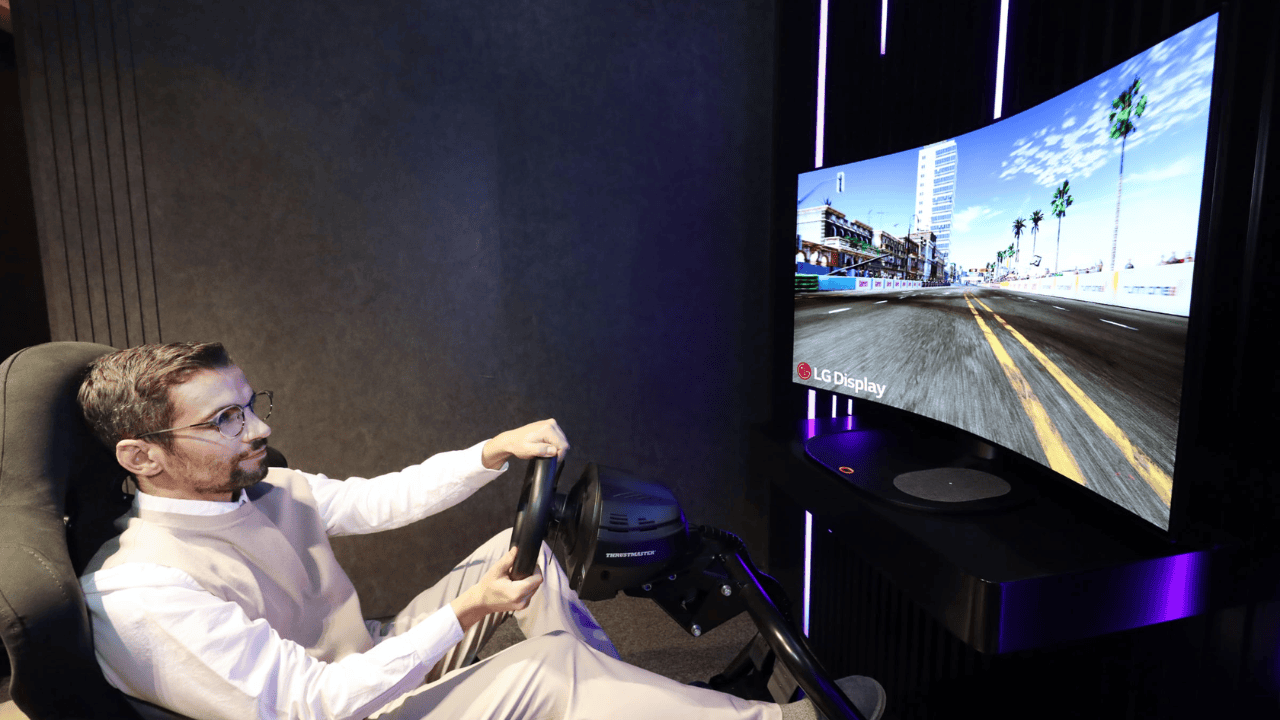 LG’s first bendable OLED TV that can be bent to either a flat or curved screen. LG’s new display technology allows the 42-inch LG OLED Flex (model LX3) to curve into a curved (900R) TV. While flat screens are ideal for watching television or streaming services, curved screens provide a more immersive gaming experience.Users of the LG OLED Flex may just press a button on the TV’s remote to have the TV automatically bend and adjust itself into curved mode. (Unlike some morphing monitors that necessitate manual alterations). The display’s curvature can be changed from two predetermined settings or among twenty levels, each of which is adjustable by 5%.

Since the 42-inch flexible display from LG has so many capabilities that are attractive to console and PC gamers, that is who they are primarily selling it to. Dolby Vision 4K 120Hz gaming is supported on the LX3, as are cutting-edge HDMI 2.1 capabilities like variable refresh rate (VRR) and auto low latency mode (ALLM). Moreover, LG monitors are compatible with Nvidia’s G-Sync and AMD’s FreeSync technologies, which minimise screen tearing and stuttering in video games.The TV’s stand can be adjusted in height and allows you to tilt the screen in or out, making it seem more like a huge computer monitor. If you don’t want to play specific games in full screen mode, you can use the gaming modes to reduce the 42-inch display down to 32- or 27-inches. A dedicated gaming app is preinstalled on LG devices and features quick access to streaming services like Twitch and YouTube, as well as user-created screensavers. 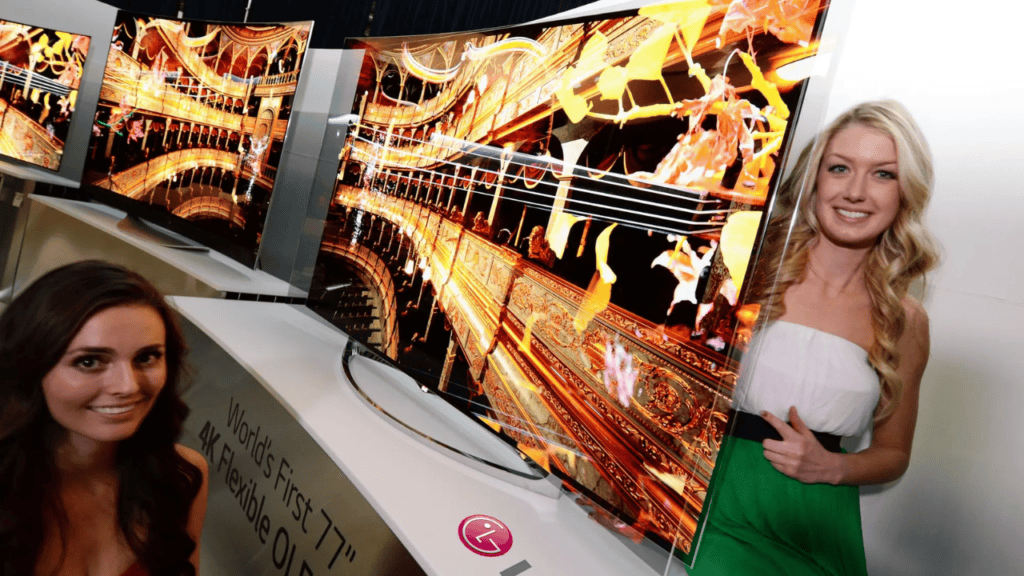 LG’s Multi View option allows players to watch video from two sources at once. This means that the LG Flex can be used to play a PC or console game while watching a YouTube video on a phone that has been wirelessly connected to a TV. When it comes to OLED televisions that can be bent, LG is among the first to market. Both the Chinese TV manufacturer Skyworth and the American electronics company Corsair have announced flexible, transformable televisions in recent years. Manufacturers are definitely preparing for TVs and monitors that can offer both flat and curved modes, which should help those who are having trouble deciding between the two.

Pricing and availability information for the new LG OLED Flex TV have not yet been announced. This week, LG will showcase the LG Flex at IFA in Berlin, Germany. When IFA begins later this week, we’ll get a better look at this innovative flexible TV.

LG Signature OLED Rollable TV launched in the US

When it comes to flexible screens, the LG Signature OLED Rollable TV is the next logical step. Since its unveiling, many have been curious about the smartphone because of its unique rollable screen. When not in use, the screen can be rolled up and stored in a cabinet. In addition to the display, the cabinet houses a 100W Dolby Atmos-enabled audio system. In a half-rolled configuration, when half of the screen is visible outside the cabinet, the rollable TV can also be used to watch time and images.

Technically, the LG Signature OLED TV features a 120Hz 4K OLED display with a 3840 x 2160 resolution. The screen has both a 4K upscaler and 4K Cinematic HDR capability. The LG ThinQ AI television also works with smart home helpers like Amazon Alexa and Google Assistant. The television has 4 HDMI inputs, 3 USB ports, Wi-Fi 802.11ac, and Bluetooth 5.0 for connecting to other devices. A pristine black can be seen on the screen at all times because to the infinite contrast.

The webOS platform and a magic remote control are standard on the LG Signature OLED TV. This TV came with a big cabinet or stand and a front-firing, 100W sound system. The screen is bezel-free on all sides and has minimal margins. Dolby Vision intelligence. 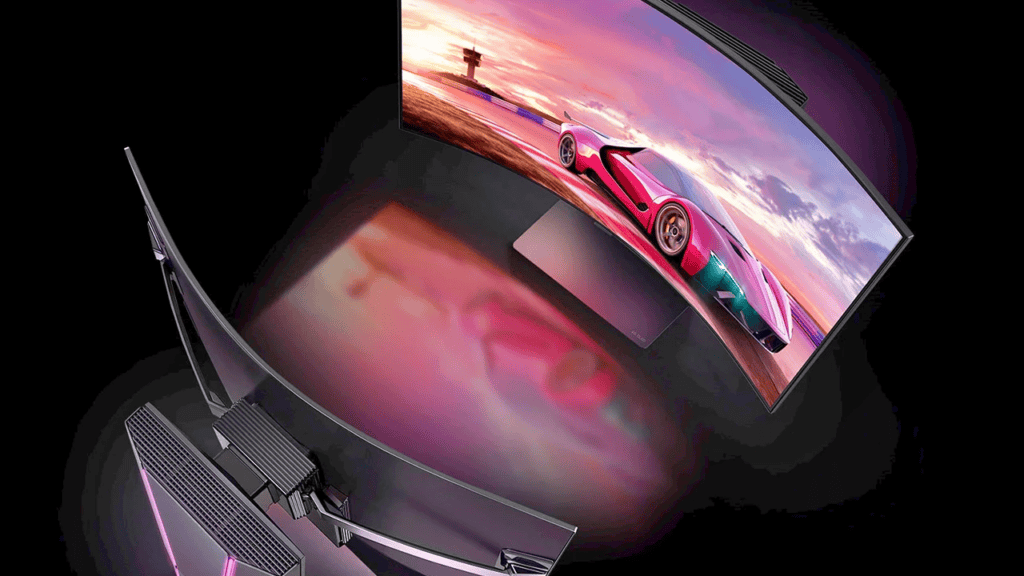 Q1: What is LG signature?

LG SIGNATURE combines cutting-edge technology with classic design. LG SIGNATURE products are one-of-a-kind works of art designed for people who refuse to settle for the mundane. Cellar for storing wine.

Q2: Which series is best in LG OLED TV?

According to our testing, the LG C1 OLED is the most well-rounded OLED TV currently available. When compared to other OLEDs, this one stands out for its price because it has so many features designed specifically with gamers in mind.

Q3: Which is better, LG OLED or Sony OLED?

There is barely any difference in performance between the Sony A8H OLED and the LG CX OLED. The Sony produces somewhat superior image quality thanks to improved gradient handling and a significantly higher colour volume.

Q4: What is the difference between LG Studio and LG SIGNATURE?

LG offers a wide variety of home appliances, each of which delivers on LG’s usual high standards of performance and dependability at a reasonable price. For discerning homebuyers who value both practicality and aesthetics, LG STUDIO is an excellent option. LG SIGNATURE provides quality, sophisticated appliances, making it a good choice for the discerningly wealthy homeowner.

When compared to 4K UHD LED TVs, the viewing angle of an OLED is noticeably larger and more stable. In contrast to LEDs, which continue to experience shutter issues due to screen pixels, OLED displays feature advanced pixels that are driven by self-illumination. As a result, OLED is the undisputed victor in this respect.

Find the Best Motherboards For Intel I3 in 2022

9 Must have Chrome Extensions in 2022