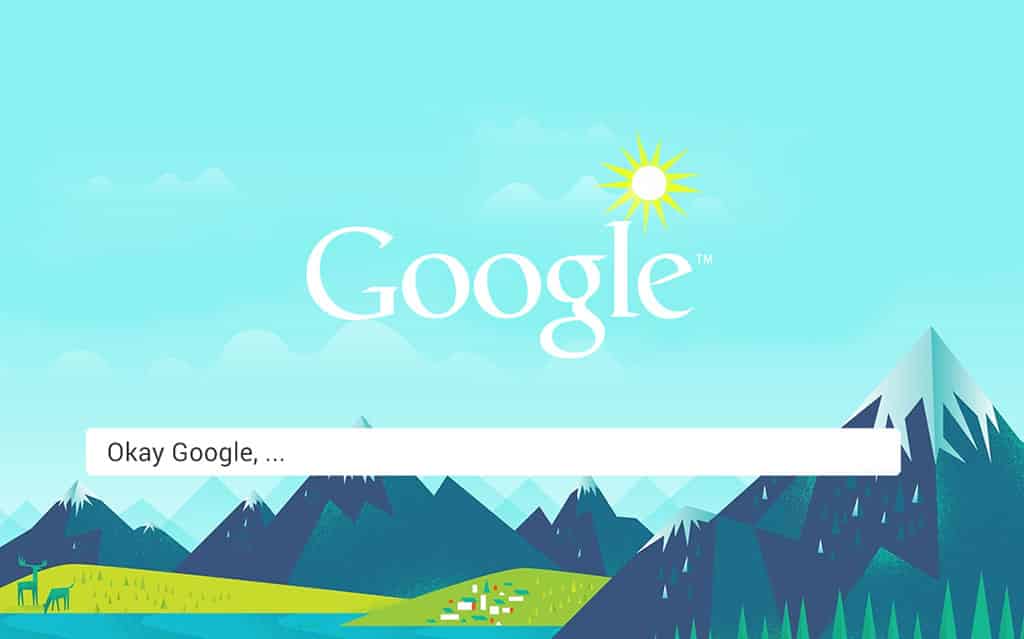 Most Android users are probably familiar with Google’s smart personal assistant Google Now. At least since the Android 4.4 KitKatnew commands update which integrated it profoundly into the user interface. One cool feature that came with KitKat are the many new voice commands together with the ability to trigger them by simply saying “Okay Google“. Google also works constantly on new commands to make Google Now an even more helpful tool.

Google Now has become a big part of the Android experience and will probably be even more prominent in future updates. For that reason, it’s about time to get familiar with all the possibilities Google Now has to offer.

How to get the Okay Google commands working

Obviously, your phone can’t perform any of the commands below as long as Google Now. To turn on the ‘Okay Google’ voice detection, go to your Settings > Google > Search & Now > Voice > “Okay Google detection”. You can also access those settings from your Google Now interface. Just swipe from the left side to bring in the menu and select Settings.

Now, make sure “From the Google app” is enabled. This enables you to use voice commands from your home screen. Note that you need to use the Google Now launcher. You can also enable “Always on”, which allows you to use “Okay Google…” even when your phone screen is off. This will use more battery juice, though. So if you’re already worried about battery life, better leave that off.

Now, let’s move on to all the awesome voice commands

To give you a good overview, we took the most important and funniest Google Now voice commands and put them in a “Google Now style”-infographic. If you’re not a fan of such graphics, then don’t worry. You can find all the voice commands in text form below the infographic.

So, go ahead, say the magic words or tap the hell out of that microphone button and try them out yourself!

Update August ’15: Integration of WhatsApp and other messenger

Google is currently rolling out an update to Google Now to support voice commands for a number of messenger apps. Right now, this works only in English and with WhatsApp, Viber, Telegram, WeChat and NextPlus. More languages and apps will follow, however.

To send a message to one of your contacts through WhatsApp, for example, follow these steps:

The new integration of popular messengers to the world of Google Now shows that Google keeps on improving its personal assistant to make it more valuable even to people that rather don’t talk to their phones except for calls. Being able to answer WhatsApp messages while having your hands full or driving might convince more people to use Google Now more often. I’m curious what kind of update comes next.

Great things are coming! According to the announcement on the Android Developer’s Google+ page, more and more 3rd party apps will get their own voice commands. For now, only a selected number of apps with limited commands are supported. For example, you can check for cool things around you by saying “Ok Google, find me attractions nearby on TripAdvisor.” Check out the infographic for more examples that are currently supported.

Google makes it very easy for app developers to get voice commands for their apps. All it takes is to submit a form with up to three desired commands.

Custom Voice Actions is a great move forward for Google Now and its voice commands. Being able to control not only Google services but 3rd party apps with your voice makes that feature so much more useful. However, it’s up to developers to make use of custom voice actions and make it a valuable addition to Google Now.

We wrote about the voice command app Commandr before. In a nutshell, it allows you to enable additional voice commands which aren’t supplay.google.com/store/apps/detailsported by Google Now. Commandr plugs into Google Now’s voice assistant and the new commands can be used just like all the other Google Now commands by saying “Okay Google…”. If you want to go completely crazy, Commandr can also trigger your Tasker rules. Check out our article about Commandr to see how you can set it up on your Android device.

Do you know any other important or funny commands which are not listed above? Share them with us in the comments!

In case the graphic is not displayed correctly or you want to copy some commands, here’s the list in text form:

Many more commands with the app “Commandr”

As already said above, if you know more important or funny commands, please share them in the comments. Of course, I will try to keep this list up-to-date.