3 Ways To Automatically Lock & Unlock Your Mac With Bluetooth

Anyone who doesn’t have their computer protected by a strong password is just asking for trouble. The moment you turn your back on your computer to go to the bathroom or to get a coffee, a snooper can be inside your hard drive viewing and copying personal information, without you ever realizing it.

But if you are in the habit of going for lots of coffee, or going to regular meetings, it can be a real pain having to log in and out of your computer all the time. Especially if (and it should) your password is something along the lines of @gH98_!iJkFdC18aQ@ . Try typing that in 10-20 times a day (getting it wrong a lot!) and soon you will get rather tired of it!

But having no password at all is not an option so what else can you do to secure your computer which your wrists and hands will thank you for? Why, use Bluetooth of course.

I’m sure you already know what Bluetooth is (and if you do, you can read a really complicated technical description over at Wikipedia to learn more), but for those who are not so knowledgeable, here’s a brief description. 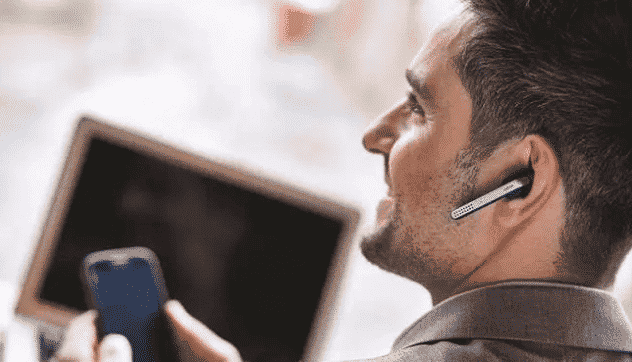 To put it simply, Bluetooth allows two devices to connect (“pair”) with one another. Examples include :

Another use, which is the subject of this article, is to use your mobile phone to lock and unlock your computer. There are many Android apps that do this, but since I only have Apple products (or “fruit shop toys” to quote my wife), this article is based solely on using an iPhone to unlock your MacOS computer. 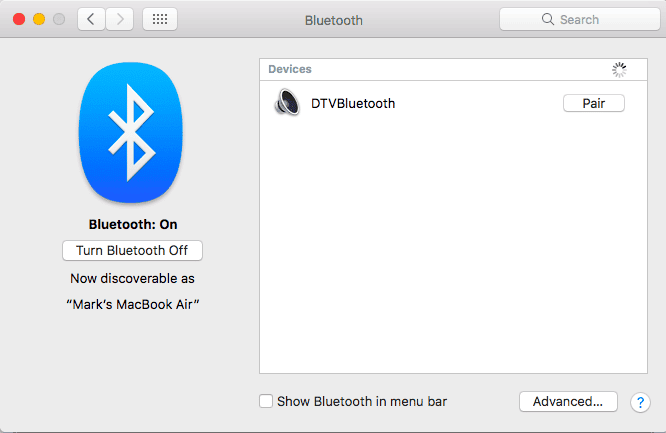 Without the iOS app, the whole thing will obviously not work, which is where the developer makes their money. Saying that, one of the three options here is completely free. This can help you decide whether or not you want to spend the pennies to get one of the better paid ones.

The other thing to note is that you need to give these apps your Mac password so it can unlock the computer for you. If you feel uncomfortable giving out your password, then these apps are not for you.

Tether is completely free and it does its job well. Once both the Mac app and iOS app have been installed, turn on Bluetooth on both devices and wait for them to find one another. 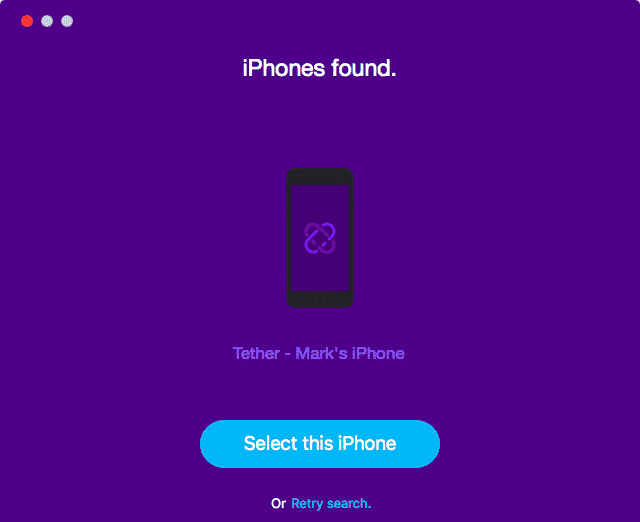 Then you need to go into the Mac app and go through the settings. One option is to specify how far away from the computer you should go before the auto-lockdown kicks in. This is useful if you don’t want your computer to lock every time you walk to the filing cabinet behind your desk, for example. 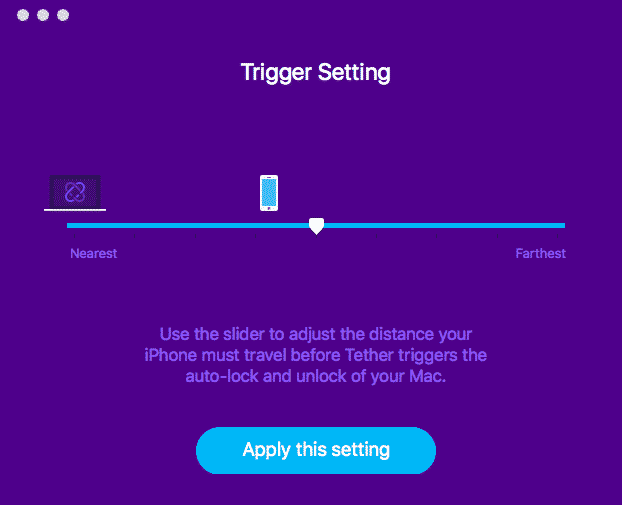 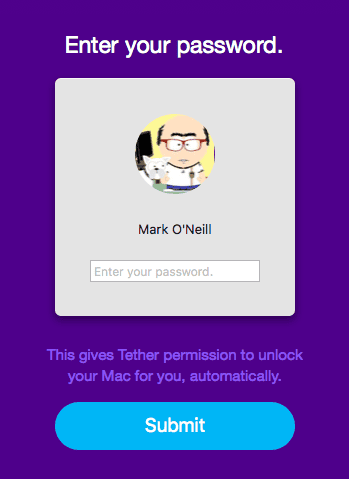 Now give it a go. Walk away from your Mac, and when you have reached the distance specified by you in the options, your computer will lock and go to the screensaver. When you come back to the computer, the Mac will wake up and unlock. 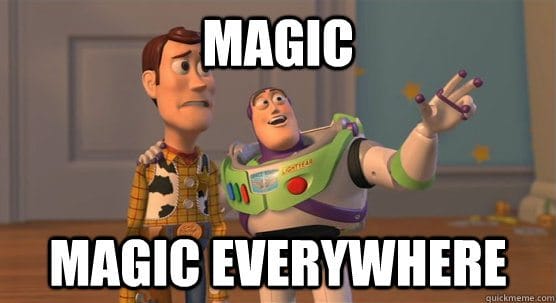 This is not one of those “walk away and it will lock” deals. This one might be seen by some as more of a gimmick but I still like it.

Using a Bluetooth pairing, you can tap on your iPhone screen (“knock”), and when the Mac picks up the tapping, it will automatically unlock.

Once both the Mac and iOS apps have been installed, go to the Mac app and right-click on it. You will then see the options (few as they are).

The one missing option which really annoys me about this app is the ability to set the sensitivity of the knocking. Because, quite often, it takes more than a few knocks for the Mac to finally pick it up and unlock.

Meanwhile you are hitting your expensive iPhone screen and wondering if you are damaging the thing. Note to the developer – if there was a sensitivity setting, you could perhaps set it so it required less hard knocking? Just a thought.

While the app is running, your login screen avatar will now have a flashing green light shooting around it, which looks cool on its own! Yes I know, I am easily pleased. 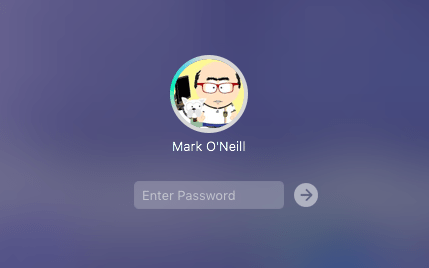 This is my personal favourite, as it is replete with options. You can lock your Mac simply by tapping a button on your iPhone, as if it was a TV remote control, and use the same button to wake the Mac up again.

Upon installing the iOS app, you need to enter your Mac password. As the screen says, the app is encrypted for your protection and reassurance. 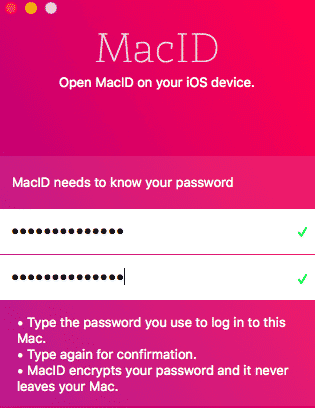 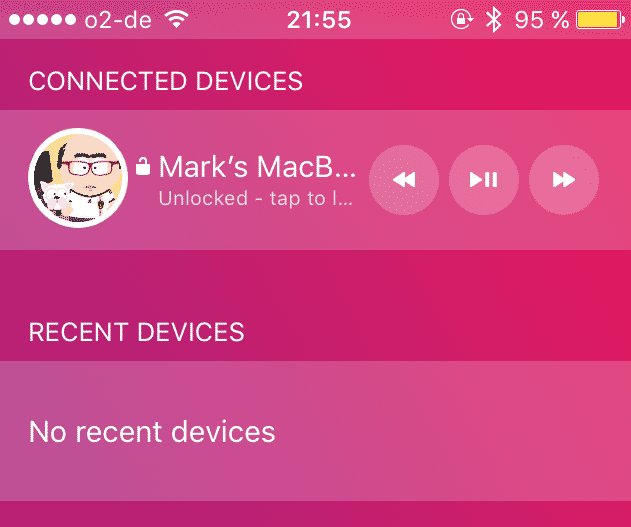 As I said, the amount of options for MacID make this one of the better ones. You can add multiple iPhones, and if using the button on your iPhone doesn’t appeal to you, you can also auto-lock when you walk away from the computer, and wake it up again when you get back. 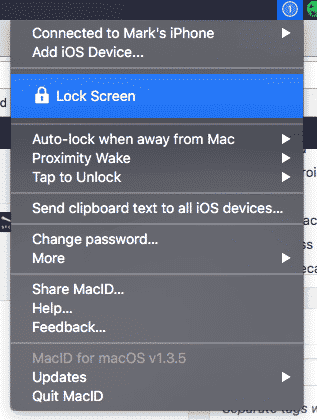 Another interesting option is similar to Knock, where you can put in a “tap pattern” to unlock your Mac. Then just tap the pattern on your touchpad. 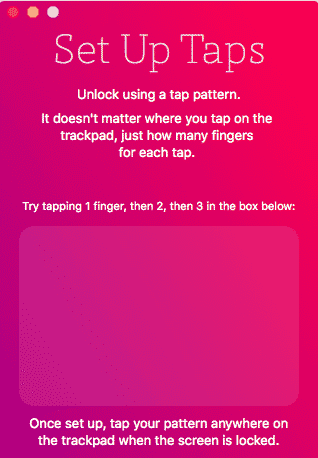 I wouldn’t personally use this though, as who knows if you would get the pattern exactly right? You would get some really weird looks in the coffee shop, as you sit there tapping and muttering “Dancing Queen…feel the beat….”

As previously mentioned, some might consider these apps to be little more than party gimmicks. But if you sit at a computer all day long, entering a very long and complicated password dozens of times a day, then tapping a button on your phone instead sounds very appealing (at least to me anyway).

Is this something which appeals to you? Do you know of any other simple and affordable apps which do the same thing? If so, let us know in the comments below.

How To Encrypt Your Gmail With OpenPGP Without Any Difficult Setup