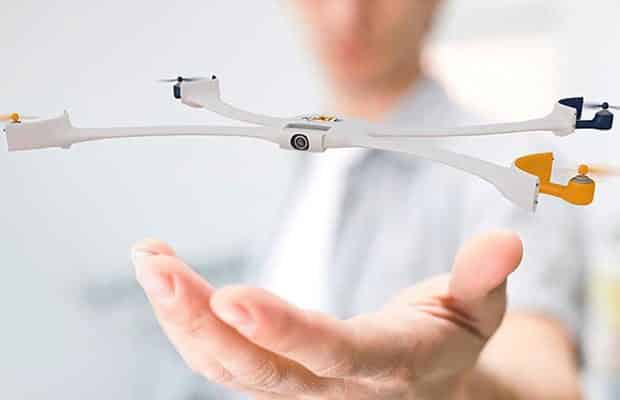 It’s a camera, it’s a bracelet, it’s quite possibly the only high tech wearable you’d ever be thrilled to see flying off your wrist into the great blue yonder—it’s Nixie, the world’s first wearable drone.

Developed in response to Intel’s “Make It Wearable” challenge, Nixie has been described by creators Christoph Kohstall, Jelena Jovanovic, and Michael Niedermayr as the first “flyable and wearable camera,” while the Daily Mail has called Nixie a “cross between a GoPro and a quadcopter.”

The watch-sized drone has been designed to transform, like the robots in disguise of yesteryear—springing into action at the flick of a wrist to capture that perfect selfie, whether you’re halfway up that sheer rock face you’ve been struggling to summit for years, or simply looking to get the whole group together in one shot without spending precious time searching for the one person present with arms long enough to get the job done.

Nixie can do even more than that

For the static single-shot selfie, Nixie can operate in “boomerang” mode, automatically returning to your wrist after capturing the perfect image or shooting a few minutes of video; but in “follow me” mode, Nixie will remain airborne as you get back to business, tracking your every move and creating a hands-free video documenting your feats of daring do.

The Nixie prototype operates using Intel’s new Edison system-on-a-chip to power functionality including motion sensors that can detect the user’s location and respond to gestures-based commands before returning to the user to be plucked from the air and settled back onto the wrist, a sleek and simple wearable once more. 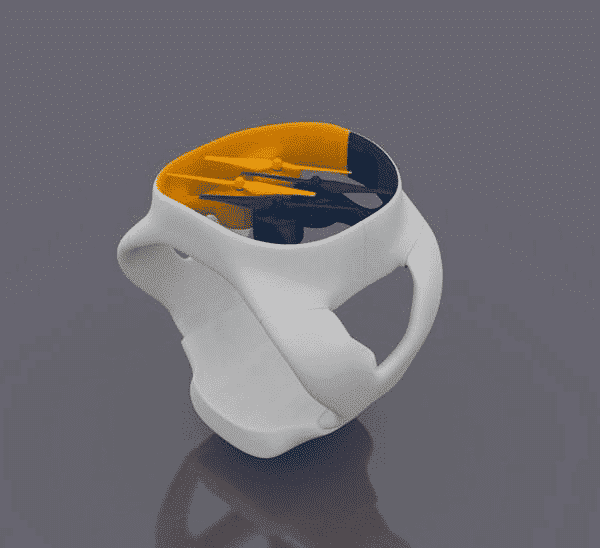 With wristband-based wearables gaining traction in the marketplace thanks in large part to the the Pebble, the Fitbit and the new Apple Watch, it’s hard to imagine how a device that pairs our newfound fascination with body-borne computers and the age-old desire to snap a selfie could possibly meet with anything other than complete and utter success. However, at this point Nixie is nothing more than a prototype competing with nine other finalists for the 500,000 dollars in prize money that could help bring this world-changing wearable to market.

Other finalists competing for Intel’s attention and investment dollars include a wrist-worn temperature control system that acts as a personal air conditioning unit, a “bionic mattress” to keep mothers and prematurely born babies connected while the newborns remain in artificial incubation systems, and a low-cost robotic prosthetic hand that will retail for no more than 100 dollars.

The winning entry will be announced on November 3; and in the meantime, aspiring early adopters can head to flynixie.com for a short promotional video and more information about the founders. As of yet there’s no information on pricing or availability, but you can like Nixie on Facebook, and look forward with glee to a newsfeed rife with aerial action shots if and when the world’s first wearable drone finally makes it to market.

Hannah Nelson-Teutsch is an a artist, writer and technology enthusiast, who negotiates the ever-illusive boundary between the now and the new with the grace of a gazelle and the retention of a google street view car. In her free time she can be found wandering the streets of Berlin with pencil, paper and iPhone in hand.