You know (or at least suspect) what goes down when a group of girlfriends meet up to chat. At some point, some gossip might be exchanged and they might talk about boys. Doesn’t matter if they talk about how certain men look, kiss or perform in bed, the important thing is that the shared information mostly stays within this group of friends.

Now imagine you’re the guy those girls are talking about and all the other girls hear what they say because they are as loud as they can be. Pretty unpleasant, right?

Well, take this scenario, multiply it by a thousand and you get the mobile app Lulu! This completely one-sided dating app lets women ‘review’ men they know similar to how people rate restaurants on Yelp or TripAdvisor.

Tinder is a dating app exclusively for women

Sounds crazy? Hold on, I’m not finished yet. The outrageous thing here is that as a man you don’t have any control over what’s happening on Lulu. 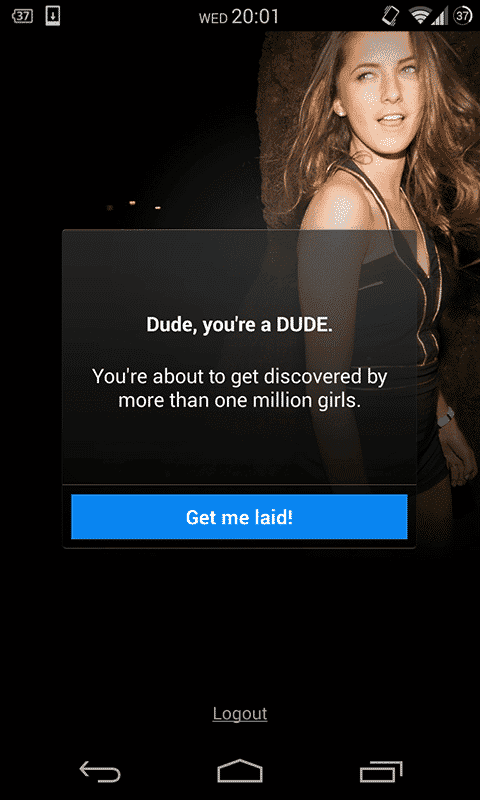 Only women are allowed to sign up using their Facebook account. Then, Lulu displays all the male Facebook friends ready to be reviewed and checked out. So, it doesn’t really matter if a guy wants or doesn’t want to be displayed and reviewed on Lulu it’s happening anyway.

There’s no doubt about it, it’s an invasion of one’s privacy

The only thing you have a little control over is your profile and a few statistics. If a guy downloads the app and signs up he’s able to change or add pictures and to give himself hashtags (more on that later). Besides that, you can see how many girls checked you out or favorited you but not who exactly. That’s all you can do on Lulu as a guy.

There’s no doubt about it, it’s an invasion of one’s privacy. There’s an option on Lulu’s website to delete one’s account on their app but it doesn’t seem to work. Another option is to contact them directly.

How do Lulu reviews work?

Lulu displays a list of guys on the homescreen but users are also able to search for a specific person. So, nobody is really safe. If someone wants to review you, chances are high that it will happen.

After selecting a guy’s profile, for example, the user can see things like his average score and what hashtags women gave him. If someone decides to give a review, she first has to select what kind of relation she has with that person (friend, crush, ex-boyfriend …). The second part is a set of questions with answers to choose from. After that, she can add positive and negative hashtags that describe the person in more detail. Based on all that, the main score is calculated. 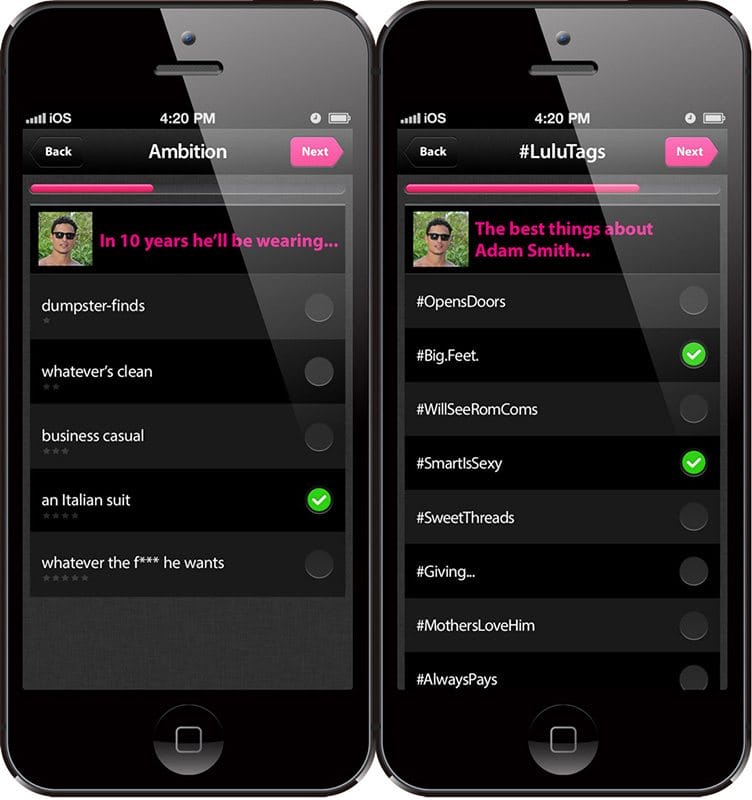 There are many hashtags to choose from and some of them are really funny and charming such as #MothersLoveHim, #KinkyInTheRightWays or #BigFeet. However, many of the negative hashtags can be very mean and seriously harm your reputation. Just imagine having the hashtags #HygenicallyChallenged, #FartMachine or #DeathBreath.

Lulu takes digital slander to the next level

Last week I already gave my opinion on the mobile dating app Tinder, saying that it’s rather an app to hook up with people than to date them. Lulu, however, takes mobile dating to a much darker place.

This so-called ‘dating app’ should not be allowed in any app store. It uses private data accessible on Facebook without any consent. Also it makes many men very vulnerable to girls who want to deliberately give them bad reviews because they want to take revenge, for example.

What do you think of Lulu? Is it acceptable what its users do? Let us know your opinion in the comments.