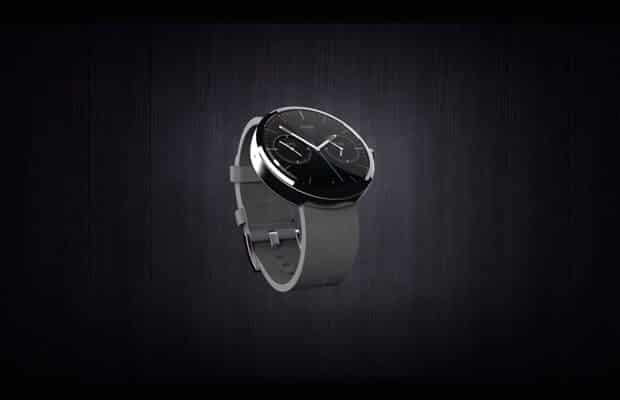 In the past year we have seen a lot of new developments in wearable technology. More fitness trackers, a new Google Glass and even more smartwatches from different companies.

One thing all existing smartwatches have in common, is that none of them is really comfortable to wear, easy to use and aesthetically appealing at the same time. The square form factor is something most people will find uncomfortable to wear, the current smartwatch software isn’t as flawless as one could wish for and the designs are focused on being functional and cheap, rather than stylish, fashionable and visually appealing. Even the Pebble 2’s metal strap is just a quick fix for a bigger problem.

So, Google’s ability to develop great software and Motorola’s experience with products designed around the customer are now giving us Moto 360 and Android Wear.

What is Android Wear?

As the name already suggests, Android Wear is an operating system made for wearable devices, especially for smartwatches. And, obviously, it’s based on Android.

The UI is tailored to be easy to use on a relatively small screen. Everything is focused on giving you the information you need when and where you need it most. Basically, as far as we know, it’s an extended version of Google Now. Of course, with the recently released SDK, developers will certainly create amazing applications for wearable devices beyond “just” Google Now.

Moto 360 – the first smartwatch I would actually wear

Nowadays, the main purpose of most watches isn’t to tell time (after all, you can always just check your phone). It’s about style, showing who you are and what makes you special. Watches are a lifestyle accessory, which express your personality.

Motorola’s approach to creating new hardware products is all about focusing on the people and their style. The best example here is the Moto X with Moto Maker, which allows you to customize the exterior of your phone. And customers loved it.

With this in mind, the guys over at Motorola decided to create a new wearable device, which would be stylish, comfortable to wear but still functional – Moto 360.

Instead of trying to force customers to adapt to new wearable form-factors, Motorola decided to go with the classic round shape for its new smartwatch. A round watch is what most people are used to. It’s familiar, it’s comfortable and it’s iconic.

If you want to learn more check out this video with Jim Wicks, the lead designer of Moto 360: