Moto Edge 30 Review? Motorola’s premium mid-budget smartphone, the Motorola Edge 30. Has a significantly superior design than its elder sibling, the Motorola Edge 30 Pro. It will be available in two variants: 6GB RAM and 128GB storage and 8GB RAM and the same capacity. And will compete with the Vivo V23. OnePlus Nord 2, Samsung Galaxy M53 5G, and Realme 9 Pro+. Motorola has maintained its promise of a clean Android 12 software experience, something most other Android phones lack. Two 50-megapixel rear cameras and a 32-megapixel selfie sensor are also included. Which may appeal to photographic enthusiasts. 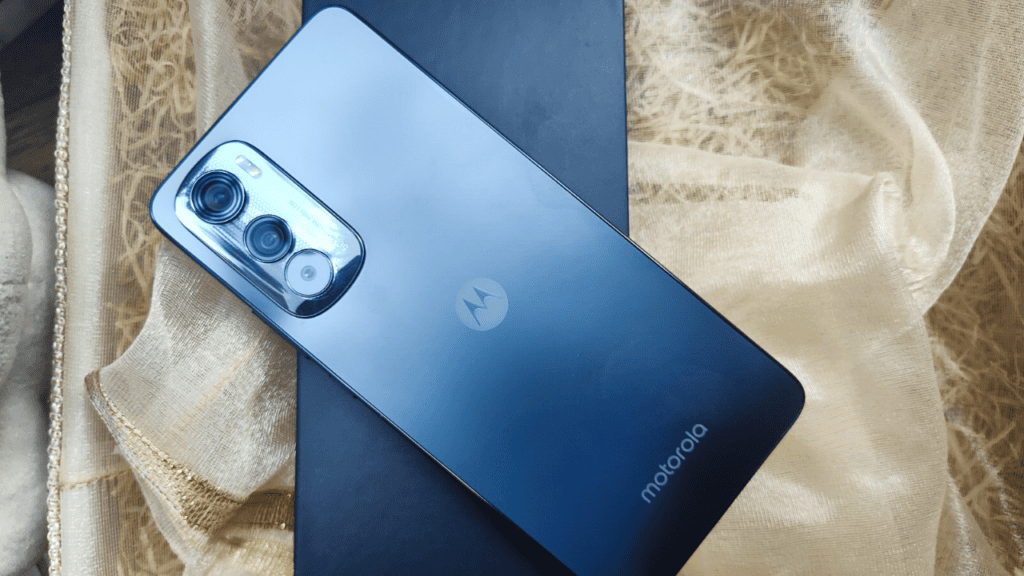 I found the Motorola Edge 30 Pro capable of doing most daily chores when I reviewed it earlier this year, but my biggest gripes were the design and storage. Motorola’s handsets still have a maximum storage capacity of 128GB, despite the new Motorola Edge 30 being marketed as the slimmest 5G smartphone. The new Motorola phone has a great design, but is it good enough for users looking for a smartphone under Rs 30,000?

Here’s everything you need to know about it.

Design At this price point, the Motorola Edge is clearly one of the lightest and slimmest smartphones on the market. Customers can pick between two colour options and a thickness of 6.79mm and a weight of 155 grammes (meteor grey and aurora green). For comparison, the iPhone SE 2 is 7.3mm thick, while the Vivo V23 is 7.5mm thick, and both phones are priced similarly. It’s also lighter than the Edge 20 (163 grammes) and Edge 30 Pro from the previous generation (196 grams). The Motorola Edge 30 is undeniably portable, and you may even forget you have it in your pocket at times. It fits comfortably in the palm of your hand, and users may operate it with ease using one-handed gestures.

The display panel is protected by Corning Gorilla 3 glass, while the body is made of PMMA (polymethyl methacrylate). Without getting too scientific, PPMA tries to provide a glass-like surface while being a plastic material.

What is the durability, design, resolution, and the display of the Moto Edge 30 Review.

As a result, the sleek form raises concerns about its durability, which I am not courageous enough to put to the test. I did drop the phone once (accidentally) from a height of barely 2 feet, but it was undamaged. Thankfully, the smartphone comes with a clear silicone case, however it completely detracts from the overall feel of the device. At this time, I’m hoping that third-party sellers would provide a suitable protective case that does not detract from the device’s thin design and kills its overall aesthetics. The phone is also dust and water resistant, with an IP52 grade.

The Motorola Edge 30’s display is a 6.5-inch pOLED with Full-HD+ resolution (2,400 x 1,080 pixels), HDR10+ compatibility, 144Hz refresh rate, and a 20:9 aspect ratio. The display features a hole-punch cutout for the selfie camera as well as an under-display fingerprint sensor, which is a first for a Motorola smartphone. Although the fingerprint sensor is responsive, it has limits when dealing with damp fingertips. Under-display fingerprint scanners in most mid-range and inexpensive smartphones suffer from this issue. 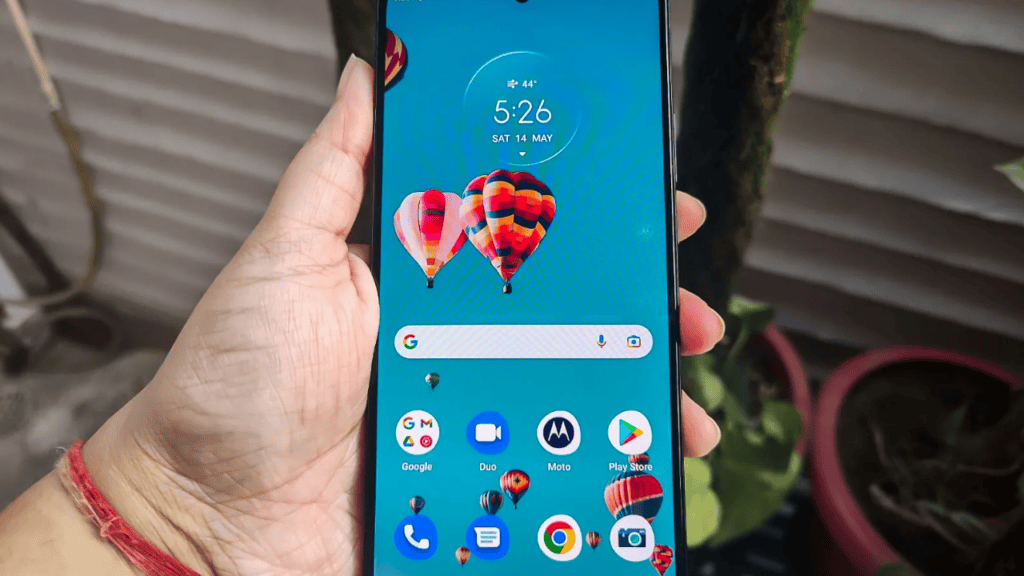 The Moto G52, which I tested earlier this month, also has a pOLED display. This display panel claims to provide an OLED-like viewing experience while being thinner than existing OLED panels. Again, the durability can’t be thoroughly examined, so we’ll have to wait months for results.

Aside from that, the Motorola Edge 30 has a vibrant display, and HDR10+ support enhances the viewing experience. On the smartphone, I watched a few episodes of Better Call Saul Season 6 on Netflix, Premier League matches on Disney+ Hotstar, and Office on Amazon Prime Video, and all of the content was clear and sharp. The 144 refresh rate ensures that gaming is as smooth as possible. The touch sampling rate is set at 360Hz, which is adequate but not ideal.

The Motorola Edge 30 is powered by Qualcomm’s Snapdragon 778G+ SoC, which is a boosted version of the Snapdragon 778G, and comes with 6GB of LPDDR5 RAM and 128GB of non-expandable storage in the edition we received.

In Geekbench’s single-core and multi-core tests, the Motorola Edge 30 received 828 and 2,870 points, respectively. This is a slight improvement over the Snapdragon 778G on the Samsung Galaxy M52 5G’s Geekbench score, but not by much. However, it looks that the GPU is improving the most, since the phone earned 8,711 points in 3D Mark’s one-minute Wild Life test, which is far higher than most competitors in this price range. In a 15-minute throttle test, the phone reached 78 percent.

If we ignore the numbers, the Motorola Edge 30 ran most programmes well with only slight stutters. Asphalt 9 and Pokemon Unite performed nicely as well, while the battery management during gameplay looked erratic.

The good news is that Motorola is still shipping Android 12 devices, and the Motorola Edge 30 delivers a clean OS experience. The Settings UI is still not the most user-friendly in my opinion, but there’s always space for development. Two years of Android updates and three years of security patches are also promised for the phone.

The Motorola Edge 30’s dual 50-megapixel cameras will undoubtedly entice users. The main camera has OIS, and the ultra-wide angle camera may also be used as a macro-sensor. On the back, there’s a 2-megapixel sensor. 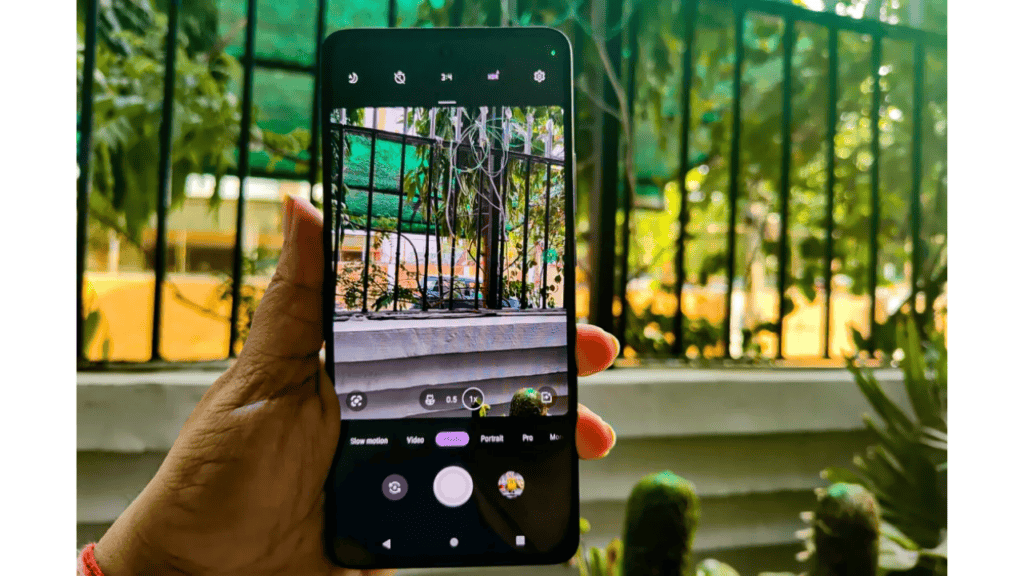 The Motorola Edge 30’s sensors are generally to my liking because most photographs have a natural tone to them. I’m not a fan of enhanced photographs in general, but this smartphone does a good job in both daylight and darkness. We get sharp shots with the OIS, but the Realme 9 Pro+ does a better job of providing greater depth and clarity. The ultra-wide sensor produces good shots, but I prefer the macro photography capabilities.

In most lighting settings, the front camera, on the other hand, produces enhanced photos and fails to discern my skin tone. It doesn’t necessarily imply that the images are awful; rather, it relies on the colours that consumers prefer in their selfies. The front camera, in particular, can record 4K footage.

The Motorola Edge 30 has a 4,020mAh battery and a 33W TurboPower charger included in the packaging. The phone charged to 50% capacity in 25 minutes using the included charger, however it took a little over an hour to reach 100% capacity.

The 4,020mAh battery unit appears to be less powerful than the 4,500mAh and 5,000mAh battery units, but with regular use and a 144Hz refresh rate enabled, users can still obtain a full day of battery life.

If you don’t want to spend more than Rs 30,000, the Motorola Edge 30 is a great option. With 5G capability (13 bands) and carrier aggregation for a more stable connection, the phone is also future-proof. The phone is great for productivity-oriented individuals, since it features an immersive display and a powerful processor. The rear cameras are decent, but if the front camera is important to you, you should choose the Vivo V23.

However, the Motorola Edge 30’s maximum storage capacity remains at 128GB, which may be plenty for certain people, but I recommend opting for the 256GB storage option if you want to download programmes and take images without worrying about space.

Yes, the Motorola Edge 30 5G is worth buying since it ticks all the boxes: it features the latest Snapdragon 778 Plus processor, 50MP triple cameras with OIS, clean Android Experience, great battery life, 13 5G bands, twin speakers, and it’s also available at a reasonable price.

Q2: Is the Moto Edge compatible with 5G?

5G performance that is unrivalled.

The Motorola Edge 30 Pro is a terrific day-to-day smartphone that is well worth the Rs 49,999 price tag. It boasts a powerful processor, good build quality, speedy charging support, great cameras, a 144Hz OLED display, and even wireless charging, so it is well worth the money.

For the occasional splash, Motorola claims the Edge Plus has a “water repellent design,” but it lacks any type of IP protection. Every other phone in this price range has an IP68 classification for water and dust resistance.

This phone has a simple user interface that makes it easy to operate, smooth, and error-free. You can keep your phone safe when you’re out on a sporting adventure. Or capturing gorgeous shots in the rain with the Motorola Edge 30 Pro, which has an IP52-rated waterproof design.

Q7: How good are Moto phones?

In recent years, Motorola has made a strong comeback, creating some of the greatest phones on the market. Its strength is its variety; you can obtain a decent and consistent user experience whether you choose a budget or luxury Moto phone, depending on your needs and preferences.