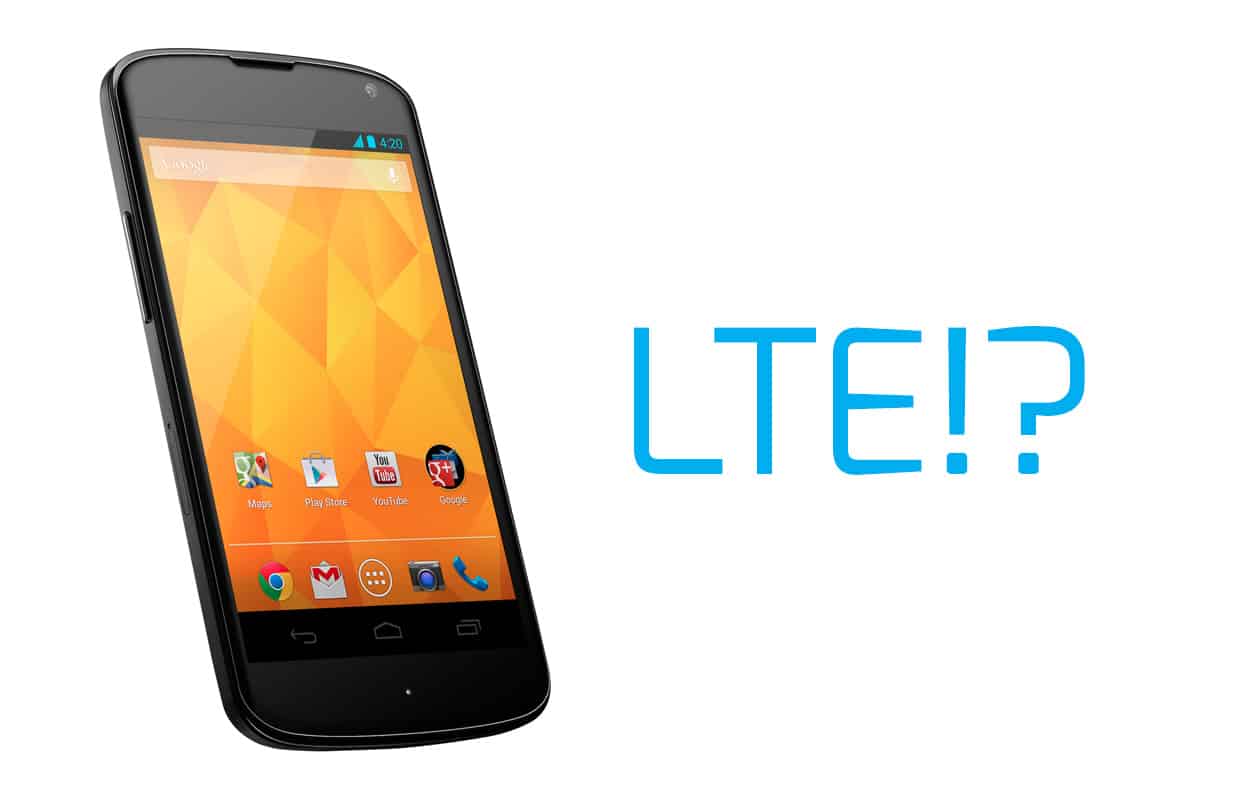 When Google released its latest Android device Nexus 4, many people were disappointed that it does not support LTE. Keeping in mind that the Nexus 4 starts at $299 and comes completely unlocked, most people accepted their fate and the phone was sold out within a few minutes and Google was not able to handle all orders.

When iFixit discovered a LTE radio during its Nexus 4 teardown, it seemed like the Android phone could be able to handle LTE. In the following days many sites reported that the LTE radio is not working and can’t be unlocked.

As it turns out, the Nexus 4 LTE radio is working and can be unlocked by typing “*#*#4636#*#*” in the phones call menu and using “LTE/GSM/CDMA auto” instead of “WCDMA preferred”.

If this method works, the biggest point of criticism would be gone and the Nexus 4 would turn out to be even better for a price that nobody can compete with.

Some users on reddit have confirmed it working; others say that it does not work. Were you able to test it yet? What are your results?

More and more people are confirming that LTE works on the Nexus 4. Apparently (or unfortunately) only Band 4 (2100/1700 MHz) frequency networks are working, which means that the Nexus 4 LTE ability is only limited to a certain amount of operators in the USA, Canada and Puerto Rico. Check this Wikipedia article to see if your mobile operator is supported.