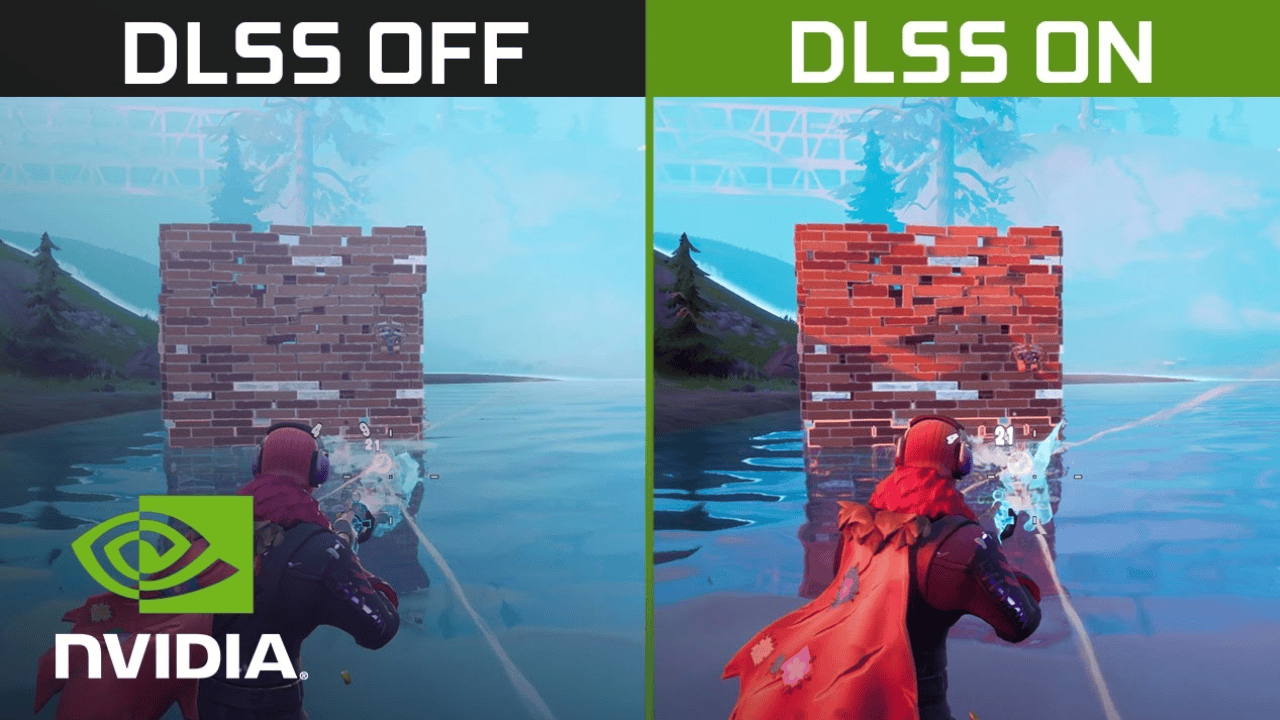 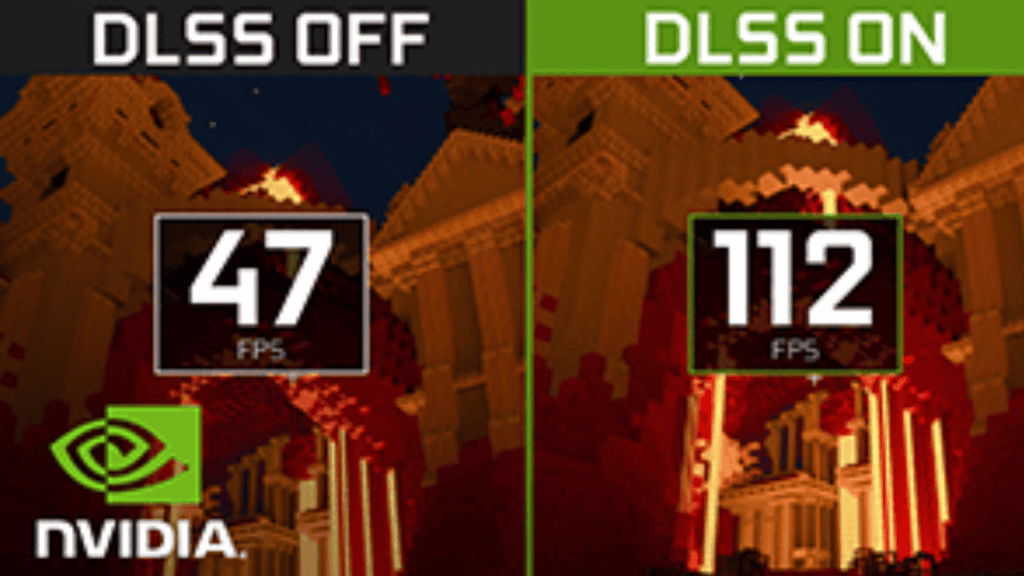 Over the first version, DLSS 2.0 delivers the following significant improvements:

While rendering only a quarter to a half of the pixels, DLSS 2.0 gives image quality comparable to native resolution. For greater stability from frame to frame and crisper image details, it uses innovative temporal feedback mechanisms.

All GeForce RTX GPUs and Resolutions Have Excellent Scaling – Tensor Cores are used more effectively by a new AI network, which runs 2X quicker than the old one did. This increases frame rates and removes restrictions on the GPUs, settings, and resolutions that could be enabled in the past.

All Games On One Network –

For each new game, the original DLSS required training the AI network. With the use of non-game-specific training data, DLSS 2.0 creates a network that is universally applicable to all games. Faster game integrations and ultimately more DLSS games are the results of this.

DLSS 2.0 provides users with three image quality settings (Quality, Balanced, and Performance) that regulate the internal rendering resolution of the game, with Performance mode enabling up to four times the resolution (1080p 4K). This results in increased user options and a greater performance gain.

Deliver Us The Moon and Wolfenstein:

Youngblood already support NVIDIA DLSS 2.0, which debuts in MechWarrior 5: Mercenaries today and will be added to Control on March 26th as part of a game patch. Additionally, DLSS 2.0 is now accessible to Unreal Engine 4 developers via the DLSS Developer Program, which will hasten adoption in one of the most well-liked game engines in the world. Visit this page if you’re a developer to learn more.

The Under the Hood of DLSS 2.0

The AI network’s two main inputs from DLSS 2.0 are as follows:

The direction that objects in the scene are moving from frame to frame is revealed by motion vectors. These vectors can be used to predict the appearance of the upcoming frame by applying them to the previous high resolution output. We call this process “temporal feedback” because it draws on the past to influence the present.

A unique kind of AI network called a convolutional autoencoder uses the low resolution prior frame and the high resolution current frame to decide pixel-by-pixel how to produce a current frame of higher quality.

The output image is compared to an offline rendered, 16K ultra-high quality reference image during training, and the difference is fed back into the network to help it continue to learn and perform better. On the supercomputer, this procedure is done tens of thousands of times until the network consistently produces high-quality, high-resolution images.

After the network has been trained, NGX sends the AI model to your GeForce RTX computer or laptop using OTA updates and Game Ready Drivers. The DLSS network can run in real-time alongside a demanding 3D game thanks to Turing’s Tensor Cores’ 110 teraflops of specialised AI processing capacity. Prior to Turing and Tensor Cores, this was just not feasible.

Integrating DLSS With Other Systems and Making New Announcements

Since the publishing of this post, we’ve been hard at work developing new DLSS features, new DLSS enhancements, and new DLSS integrations into well-known games:

Let’s examine how the first four games to use DLSS 2.0—Control, Deliver Us The Moon, MechWarrior 5: Mercenaries, and Wolfenstein: Youngblood—improve performance and graphic quality.

One of the best and most technologically sophisticated single-player games of 2019 was Control by Remedy Entertainment. Its suite of ray-traced effects raised the bar for graphical fidelity. Control was first introduced with an earlier iteration of DLSS that increased frame rates by approximately 70% by means of an image processing method. Remedy is launching an update on March 26th that includes the newest AI-powered DLSS 2.0 as well as additional story-based downloadable content. 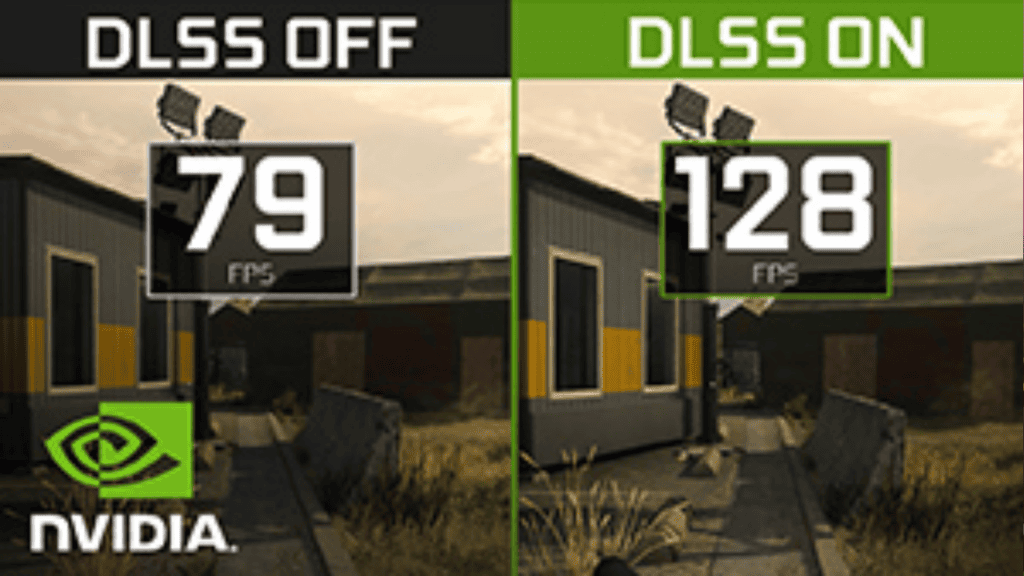 Director of Technology at Remedy Entertainment, “With Control, we set out to build a visually attractive and engaging universe.” “Control looked incredible at launch thanks to real-time ray tracing and NVIDIA DLSS, and upgrading to DLSS 2.0 made the game’s image quality greater than ever.” In our testing, the Quality mode of DLSS 2.0 increased performance by up to 76% at 1920×1080 and 2560×1440. Additionally, Performance mode offers improvements of 2-3X at 4K (3840×2160), allowing players with GeForce RTX 2060 cards to perform at maximum settings at a playable frame rate.

While the initial DLSS implementation in Control improved efficiency and offered excellent image quality in the majority of situations, it frequently had trouble in areas with moving objects. In contrast, as can be seen in the image of a rotating fan below, DLSS 2.0 is considerably better able to handle these scenarios.

The most recent iteration of DLSS additionally enhances image quality where finer details are present. The other examples of enhancements between the outdated DLSS 2.0 and the original DLSS are shown in the next photographs.

Text on seals and other details are also improved elsewhere, improving the integrity and quality of the images.

Additionally, there are obvious improvements to the brightness and clarity of flat-textured game objects like posters and the map below.

Download and install our most recent Game Ready Driver, then download. Anew Control game update on March 26th to get DLSS 2.0 for Control. Enable DLSS in-game. Then choose a display resolution followed by a DLSS Rendering Resolution, which is analogous to the Quality. Balanced, and Performance settings featured in other DLSS 2.0 games.

BRING US THE MOON.

Deliver Us The Moon, a space and Moon-based adventure game from KeokeN Interactive, improved in both beauty and performance late last year with the addition of ray-traced effects and DLSS 2.0. Koen Deetman, CEO and Game Director of KeokeN Interactive, remarked, “We never expected the image quality in Deliver Us The Moon to improve when DLSS was enabled, but that is exactly what we experienced. This gives our gamers the best possible Deliver Us the Moon experience without any trade-offs, along with real-time ray tracing and the significant performance gain from DLSS.

Enables DLSS 2.0 to provide image quality that is on par with native resolution gaming across the whole game. With increased realism on railings and other tiny detail, DLSS 2.0 even exhibits subtle improvements when examined more closely:

In some cases, DLSS 2.0 offers observable benefits, such as on complex cyclone fencing, which boasts higher temporal stability (clarity when the player’s perspective is moving) and better image quality. Additionally, DLSS 2.0 displays more detail at a higher level of clarity on the game’s numerous computer displays and surfaces with tiny lettering.

The most recent game to use NVIDIA DLSS 2.0 is MechWarrior 5: Mercenaries from Piranha Games. As with other DLSS-enhanced games, performance improves significantly, with improvements of up to 75% measured while utilising Quality mode: According to Russ Bullock, president of Piranha Games, “NVIDIA DLSS 2.0 essentially gives our users a free performance boost, without losing image quality.” It was a no-brainer for us to include it to MechWarrior 5 because NVIDIA’s new SDK made it incredibly simple to incorporate.

With NVIDIA DLSS 2.0, image quality is often enhanced as well:

The delicate sections of the “mech” are shown in clear clarity in the comparison shot below that was taken at 1440p in Quality mode to demonstrate the wear and tear. For improved fidelity during gaming, DLSS also stabilises the cyclone fencing on top of the building. In this illustration, which was shot in 1080p with Quality Mode, DLSS keeps the image quality clean and sharp while increasing frame rates. Also take note of the barn’s exquisite detailing and the grain fields’ improved realism. Finally, DLSS sharpens minor details on the wall and the spaces on either side of the gate in this example, which was recorded at 1080p using Quality mode. It also restores the guard railing at the top of the wall.

Wolfenstein: Youngblood by Bethesda and Machine Games is the first Vulkan-powered game to include ray tracing and DLSS 2.0. Wolfenstein: Youngblood plays incredibly well right away, and with DLSS 2.0 it plays even better. According to Jim Kjellin, CTO at MachineGames, the company that created Wolfenstein. Youngblood, “it was crucial to us that our game standout both graphically and from a performance perspective.” The best of all worlds, maximum performance with excellent image quality. Was achieved by adding NVIDIA DLSS. While maintaining detail, DLSS enhances several areas of image quality. When DLSS 2.0 is enabled, as opposed to Wolfenstein: Youngblood. The grating on the right side of the screen and the pipes. On the building in the middle are more defined and detailed. Other areas have also seen definite improvements. For instance, in our second comparison. The structure to the right has significantly more detail, and the antennas on the roof are more distinct and apparent. Which enhances the quality of the image.

Real-time ray tracing and NVIDIA DLSS are two significant graphics advancements. That we hope will revolutionise gaming with the Turing architecture. Next-generation realism is added by ray tracing, and framerates are increased with DLSS. So you may enjoy the spectacular ray-traced images. With NVIDIA DLSS 2.0, we’ve improved image quality and performance while also easing the way for the technology’s easier integration so players can take use of it in an increasing number of games. And because of the potential of AI, our DLSS network will keep expanding and getting better over time.

This week, we hope you’ll have an opportunity to try out our most recent work in MechWarrior 5 and Control. Keep checking GeForce.com for updates on new DLSS releases and technological developments.’ 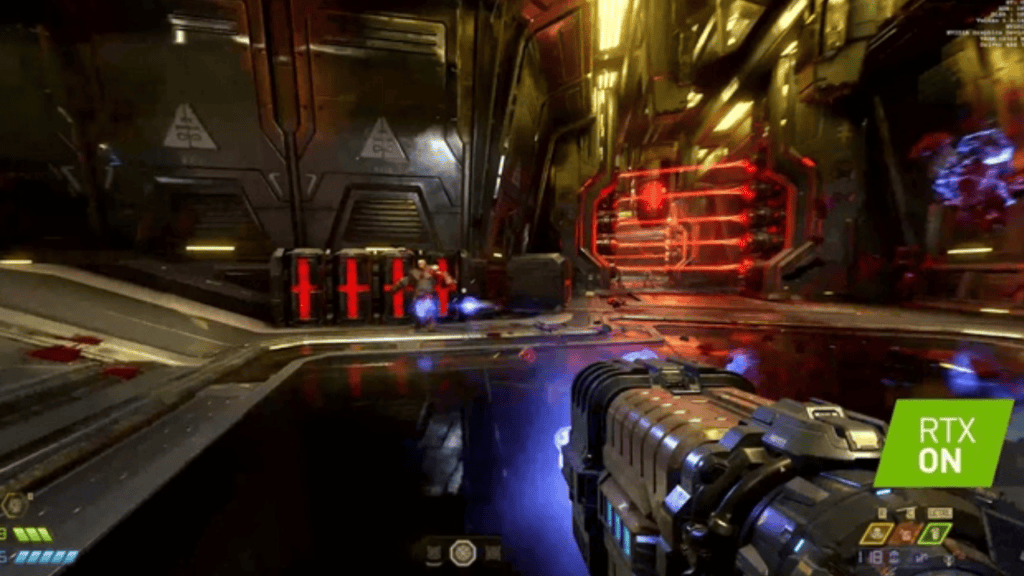 Q1: What is Nvidia DLSS used for?

Q2: Do I need to turn on Nvidia DLSS?

In the future, DLSS might prove to be Nvidia’s RTX GPUs’ most important feature. Although they aren’t as strong as we had hoped for them and the ray-tracing effects. Are attractive but frequently have a significant influence on performance. DLSS provides us the best of all worlds: games that look better and run better.

DLSS is exclusively supported by the GeForce RTX 20, GeForce RTX 30. And Quadro RTX family of visual cards, requiring specialised AI accelerators known as Tensor Cores. With the exception of the shader-core version used in Control.

Although Nvidia hasn’t officially verified it, the original DLSS was reportedly only capable of roughly 2x upscaling. And many games had restrictions on its use. For instance, in Battlefield V. You can only use DLSS at 4K if your GPU is an RTX 2080 Ti or faster. Not at 1080p or 1440p.

Q5: How can I turn on Nvidia DLSS?

In the video options menu, enable “NVIDIA RTX,” choose a “Ray Tracing” detail level. And activate “DLSS” (a game restart may be required). Keep in mind that the DLSS box will shut off on its own if the aforementioned GPU. Resolution, and ray tracing settings are not met.