That’s right. The weekend release of Crescent Bay, a fresh prototype of Virtual Reality (VR) headset Oculus Rift is yet another step on the path of an immersive experience, especially in the world of gaming. Oculus may have dubbed it as a “giant move”, but many of those lucky enough to have a go at Crescent Bay felt there’s loads of stuff to be done before the product could be released commercially. 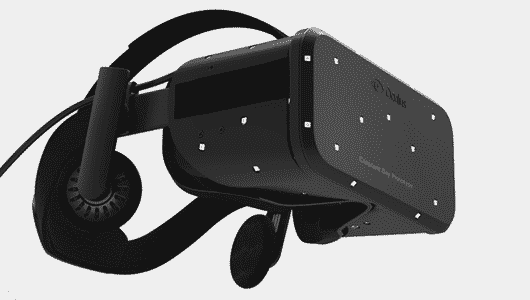 Left to them, online gamers and other tech enthusiasts who have been closely micro-tracking all movement on this front for almost two years now, may want to get their hands on the Oculus Rift today itself. Whoa folks, rein in those thoughts. The Oculus team itself makes no bones of it – this shop ain’t about to open yet.

But a forward step it certainly is. Enough to make initial testers of the Crescent Bay stand up, literally. For, this latest version of the Rift even allows the wearer to walk about in VR, though for now, Oculus would prefer you to be seated to enjoy the experience. A vast improvement from V:1 which only allowed a tilt of your head to relish it.

Here’s what’s under the hood:

By Oculus’ own admission, these enhancements “allow for a level of presence that’s impossible to achieve with Development Kit 2 (DK2).” (DK2 is a development kit for the Oculus Rift that allows developers to build games and apps for the consumer version of the Rift). But before you get confused, no,the commercial version of the Rift is still not out there!

Judging by the experience of those who had a go at Crescent Bay over the weekend, the prototype seems to have left a lasting impression, enough to set off the jungle drums once again. Was the commercial version really around the corner?

The Bay’s screen is vastly better than the DK2, 3D audio’s been added, sensors are placed all around the headset, enhancing the VR experience; there’s even an in-built headphone. The surround-sensors has got everybody pretty thrilled for they allow the user to get up and walk, and turn, even. Some have dubbed this as “the first natural step” in VR motion,  constrained, yet organic. 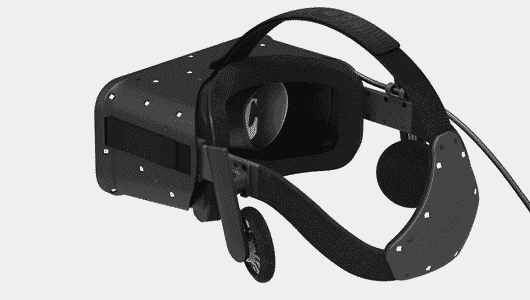 But there’s a real world problem that the Oculus team acknowledges and has yet to be tackled – how to stop users from bumping into things. Which explains why these folks are still hestitant in encouraging early users to stand or walk. That may also be the reason why the company is still a bit  reticent on the Bay’s specs. Developers are still being told to create stationery games only; Oculus VR top brass insist that the Rift is still a “seated experience.”

One negative note introduced in the initial reviews of the Bay – its grainy image. Though the screen is of higher resolution than the DK2, the visual quality of the immersion needs be improved.

Oculus VR has mentioned on its website, “The demo is designed to demonstrate the power of presence and give you a glimpse into the level of VR experience you can expect to see come to life in gaming, film, and beyond.”

…going on to add… “this is still incredibly early hardware. There are plenty of technical challenges left to solve for the consumer Rift, but Crescent Bay is truly the best virtual reality headsets we’ve ever built.

So, is the Bay the last prototype before the Rift’s commercial launch? Oculus obviously won’t tell. There could be further tweaks and upgrades, though the gaming world grapevine’s betting on an early 2015 release.