You are here: Home / Business / The Power of Open Ecosystems – Open Your Doors And People Will Come

One question has bothered many of us for a long time: Why do some companies make billions and some fail miserably?

The market has changed. 20 years ago, brands were pushing customers into buying their products. They sent out direct mail, made cold (and quite annoying) sales calls and, basically, did everything in their power to “force” you to become a customer. Back then, people had no other option. Everybody was doing it. Because it used to work. Used to.

The market has evolved

I don’t want to throw around buzzwords like “Web 2.0” or “Web 3.0” (whatever this might be). One thing I know for sure is that the market has developed further than 1.0.

Nowadays, brands are no longer pushing you. Instead, brands do everything to make you want to become a customer (pulling instead of pushing).

Look at what’s happening right now: Brands have communities. Brands have loyal fans. And, most of all, brands have platforms and whole ecosystems.

Think of three big technology companies. Chances are that you thought of companies like Google, Apple and Facebook. Now what do they all have in common? All of them have an open ecosystem. What I mean is that all of the above mentioned companies have opened their doors to third parties, allowing them to create products and/or services around the platform.

Let’s have a quick look at how Facebook has grown over the last 9 years. On the graph below you can see that Facebook did something that led to an explosive growth of the number of users. 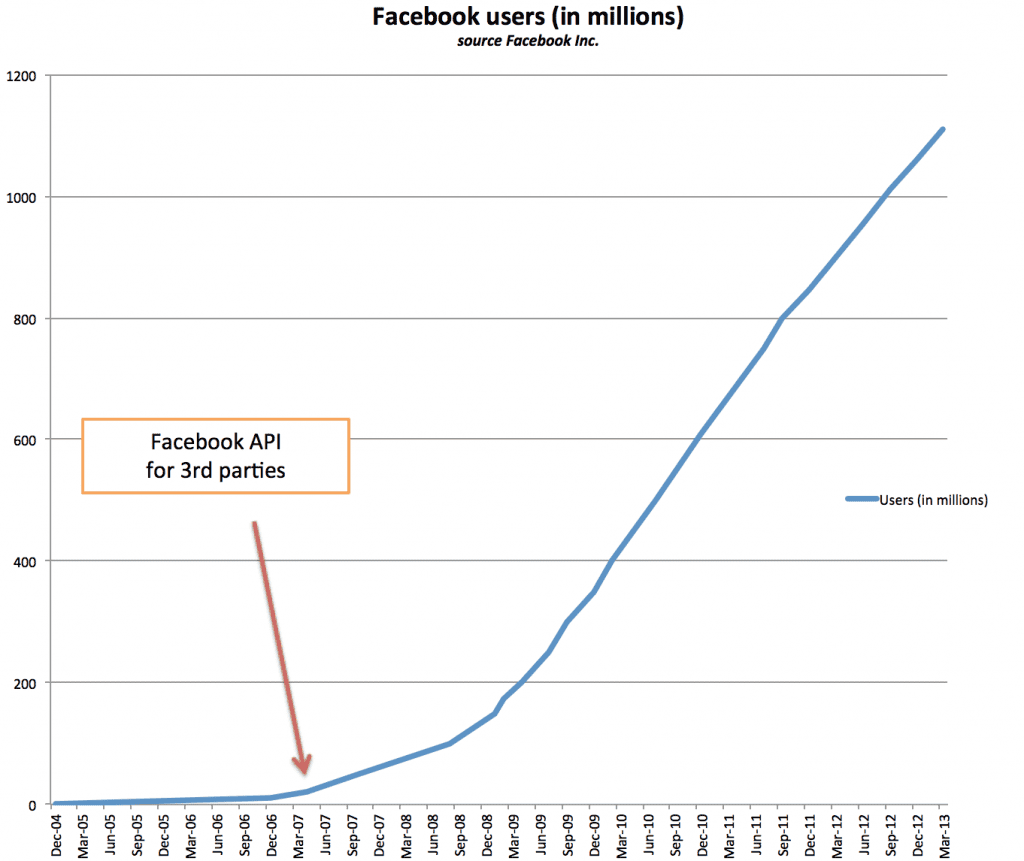 In May 2007, Facebook has introduced “Facebook Platform”, an API which allows other companies to use Facebook’s data and build services around it. This changed everything. Suddenly, other companies started to arise whose main source of income was Facebook. Zynga (the maker of FarmVille) was founded in July 2007, just two months after the introduction of the new Facebook API. Coincidence? Definitely not.

What Facebook did was probably the smartest move in its history. They have helped other companies to benefit from Facebook’s platform, which led to a huge increase of Facebook users. It’s a win-win situation for everybody.

Others can do it too 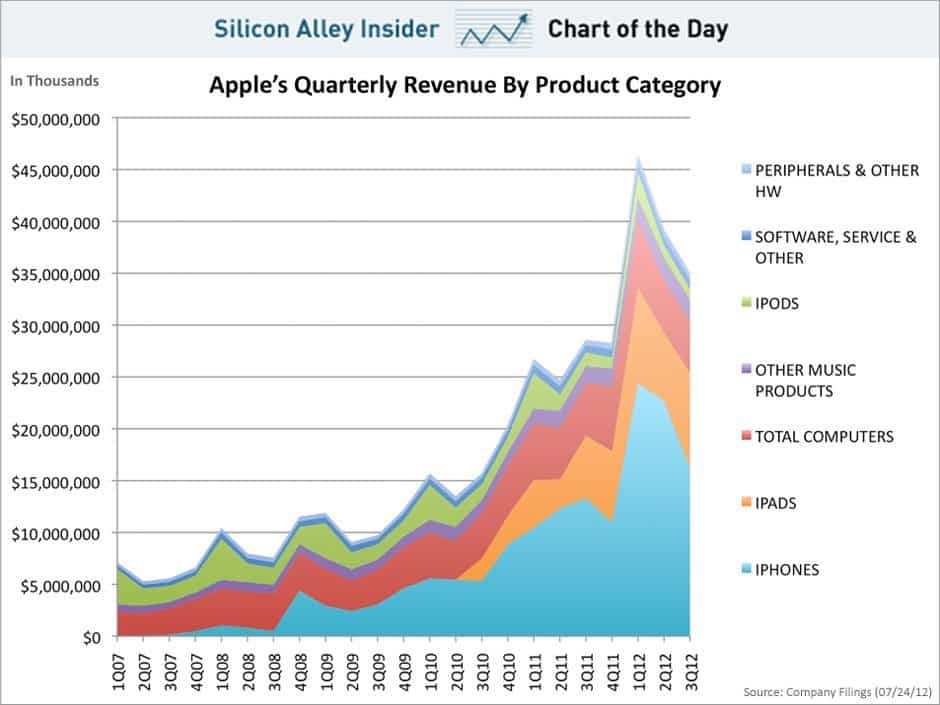 The main reason for such a rapid increase in iPhone sales was the probably most important feature of the new iPhone OS: the legendary App Store. Much like Facebook, Apple has allowed developers to make money from the new platform.

Many other companies, including Google, have done the exact same thing. They have opened up to others. Just think of iTunes, App Store, Play Store and various third-party products and services built around the two big brands.

How an open brand ecosystem solves the chicken-and-egg problem

Would you buy a tablet running an OS with a poor app selection? No. Would developers invest in creating apps for this OS if they would get only a small share of app sales? No, they wouldn’t. And now you have the problem: No apps, no users. No users, no developers. So what should companies do to attract both parties?

The secret to solving the chicken-and-egg problem is to subsidise one party and charge the other more. Satisfy one and the other will come.

Both Apple and Google are very attractive for developers. Both get a 30% share of Play Store & App Store sales, leaving developers a solid 70%.

By allowing one party to benefit from your platform, brands not only attract more of the other, but also create a self-sustained market within their ecosystem.

All of the above sounds pretty good. But, perhaps, the most exciting thing is that open ecosystems have almost 0 financial risk. If a third-party service/product fails, the ecosystem doesn’t get affected at all. Basically, companies can charge 30% of sales without taking almost any risks.

There are still some companies, which don’t embrace the “new way” of doing business. They stay closed.

BlackBerry (RIM) is a perfect example. They wanted to own every single part of its platform. Own devices, own apps, own everything. And this is what happened:

As you can see, open ecosystems work and closed ones, well, they don’t.

In June 2013 Twitter has announced big changes to its API. With the release of API v1.1 developers now have less freedom than before. The guidelines got much stricter and Twitter wants to control the number of users any given Twitter app can have.

This move put many Twitter clients and apps out of business. Why did all of this happen? Because Twitter wants to own more of its ecosystem and push its own client apps. Time will show whether this has been a smart move in the long run.

Open brand ecosystems are proven to work. Just look at the biggest technology companies out there and what they do. The ones that don’t open up to third-parties are likely to fail. There are far more benefits of opening up than disadvantages. Be greedy and lose everything. Share your success and profit from it.