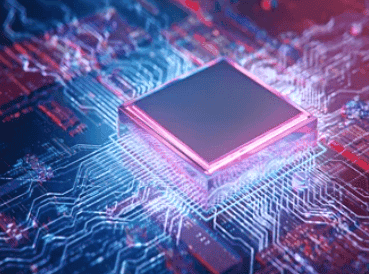 Home
Gaming
Overclock Your CPU To Boost your PC Performance

With the current state of the market, it can be rather hard to find and purchase components to upgrade your computer at a reasonable price – especially when it comes to graphics cards. Sadly, CPU’s aren’t doing much better on this front either, due to the fact that we’re currently going through a bit of a silicon shortage. Knowing this, methods that allow you to increase the performance of the components you’re currently using are more valuable than ever – gamers all over are trying to squeeze as much as they can out of their computers in order to maximize the time span of relevancy for them. One such way of squeezing more performance out of components you already own is overclocking – which has had the stigma of being complex and dangerous for a long time but is in all actuality quite the opposite. With that in mind, let’s go through what overclocking is, how it may help tide you over until the PC market gets a bit less wild, and should you do it.

What Is CPU Overclocking?

So, let’s cover the basics of overclocking first. Each CPU runs at a base clock frequency – usually measured in GHz for modern CPU’s. Overclocking, as the name implies, allows us to increase the clock frequency that the CPU works at, which directly goes on to increase the speed at which it performs the tasks it’s been handed. So far so good – but this performance increase comes with a cost of its own. The increased power being provided to the chip also makes it heat up more, and quicker. This means that, ideally, users that decide to go with overclocking should have a good cooling system for their PC – while it’s not impossible to overclock components using stock cooling, doing so won’t provide the same performance boost as you’ll likely need to stop at a lower voltage and clock frequency due to issues with CPU temperatures.

Another important thing to note is the fact that, since the CPU will be working at a higher frequency and temperature than intended, overclocking might lower its lifespan. Fortunately, a good amount of modern CPUs is built with overclocking in mind during the design phase, so reasonable overclocks won’t really impact their lifespan in a particularly noticeable manner. Also, before going through with an overclock, know that depending on the manufacturer of your motherboard, overclocking may or may not be covered by the warranty – check before proceeding further if this is a concern. The same thing could be said for your CPU – while some CPUs have warranties that cover (reasonable) overclocking, others don’t – make sure you check everything before proceeding with the overclock.

Intel even provides a performance tuning protection plan – you can purchase it directly from them and rest easy knowing that any damages your chip might sustain during overclocking are covered. The price hovers around the $19.99 mark for most CPUs, but may vary depending on how expensive the chip is, to begin with.

Now that we’ve covered the basics of what overclocking itself does, you can decide whether or not the benefits outweigh the possible side effects for you.

Next, we’ll go through the steps you should follow in order to overclock your CPU, in case you happen to decide to proceed with doing so.

How To Overclock Your CPU?

The very first step you need to take is to check which CPU you have. Certain chips weren’t designed with overclocking in mind and in cases like this they may not support any sort of overclocking at all. Fortunately, there’s an easy way to distinguish between CPUs that were made for overclocking and those that weren’t – it’s right in their name. For Intel, CPUs marked with the suffix K are ones that can be overclocked, and for AMD the suffix you’re looking for is X. While it may be possible to overclock certain CPUs that don’t have these suffixes, keep in mind that doing so is more dangerous than overclocking CPUs that were designed for it and would likely result in a significantly shorter lifespan and/or a damaged chip. As such, overclocking these CPUs won’t be covered here.

Alright, once you have confirmed that your CPU supports overclocking, we can move on to the next step. As mentioned previously, overclocking will push more power through your chip, and will make it heat up more and faster as a result. To counter this, you should make sure that your PC is in good shape and most importantly clean. Not only does dust slow down your coolers, but it also accumulates heat which can cause problems when combined with the heat increase from overclocking. The safest and easiest way to clean your PC would likely be using compressed air – it can be purchased in many computer shops, so check your local ones. Using a vacuum cleaner to get rid of dust in your PC is not recommended, as the static electricity on top of the plastic bit may damage your motherboard and other components.

All cleaned up? Great, we can now finally move on to the process of overclocking itself. In order to overclock your CPU, follow the steps below (the steps below are for Intel CPUs):

As for AMD CPUs, the steps are similar:

Remember to always run a stress test after you’re done with tweaking the numbers and check the temperature of your CPU’s cores – make sure the temperature doesn’t go too high (over 85 degrees Celsius / 185 Fahrenheit) as this may shorten the lifespan of the chip. If the system is stable, you can go on and reap the benefits of your newly upgraded CPU – just make sure to check those temperatures from time to time and keep your PC clean!

What We had here?