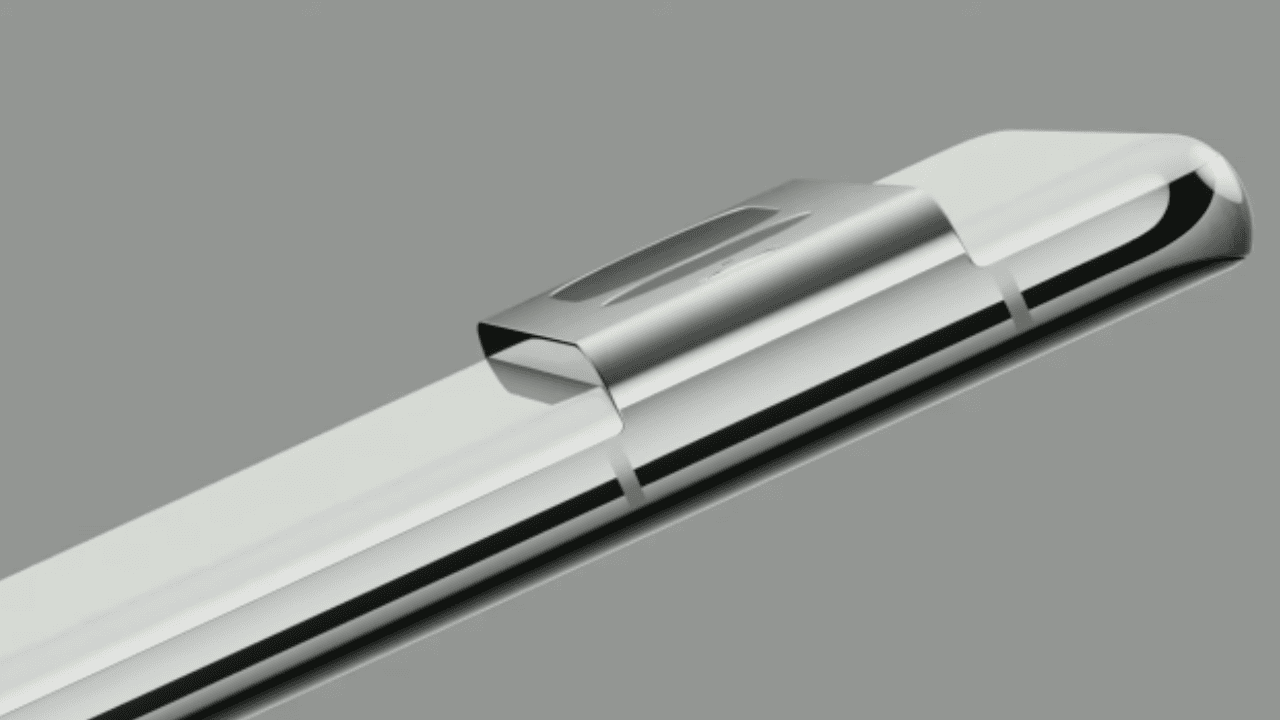 Pixel 7 on eBay? A Google Pixel 7 prototype went up for auction on eBay and Facebook marketplace late last night. In both cases, the ad was put up by the same person. The vendor was located in McKinney, Texas, according to this eBay listing screenshot (via of Android Police).

Reddit user r/Android submitted the eBay ad, which attracted a lot of attention. However, Brandon Lee of This is Tech Today tweeted that the Pixel 7 prototype was featured on Facebook Marketplace earlier. This pre-production Pixel 7 prototype can be seen in the Marketplace listing, as evidenced by the unique branding and markings on the hardware. 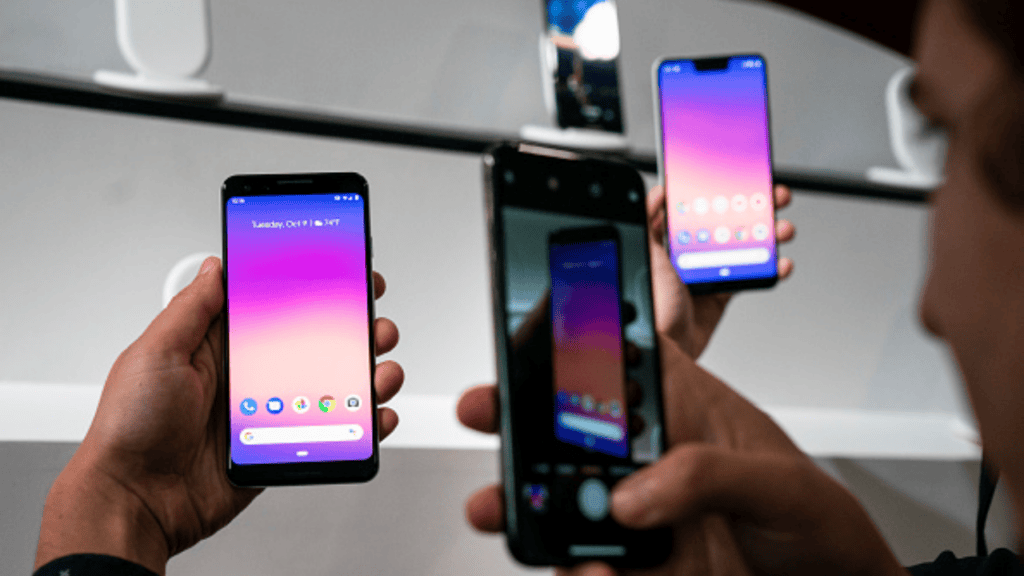 Is this a prototype of Google’s upcoming Pixel 7 phone?

For those who missed it, here’s Brandon Lee discussing the Facebook Marketplace listing. Which included the seller’s name and location as well as the city in where the listing was located (Frisco, Texas). In the video, this information is obscured, and the listing on Facebook has been removed.

However, with closer study, it can be discovered that the advertised device was caught by a Google Pixel 7 Pro prototype via Mishaal Rahman, however it was not immediately obvious how the seller received the prototype as well as the Pixel 7.

Brandon speculated in another tweet that the seller may have had many Pixel 7 prototypes.

How the vendor received these devices is unknown, and the ad on eBay was withdrawn by the seller “because there was an error in the listing” hours after going popular on Reddit and being picked up by tech news sources.

Here are the photographs from the eBay listing that has since been removed. Both the Pixel 7 seen, and the Pixel 7 Pro that took the photos, are consistent with the updated smartphone hardware that Google unveiled earlier this month. As Mishaal Rahman shared on Twitter, here is an archival version of the eBay ad.

Preliminary Pixel 7 prototypes are being offered for sale on eBay.

When Google announced the Pixel 7 at Google I/O a few weeks ago, it surprised everyone by doing it live. “Pixel 7,” “Pixel 7 Pro,” and some official images of the rear of the phone have been officially confirmed as being the “Pixel 7” and “Pixel 7 Pro,” respectively. However, owing to an eBay listing, we can now learn a little more about the item.

Some eBay seller got the bright notion over the holiday weekend to try to sell a prototype Pixel 7 on the platform. An item listed for $530 that was obviously stolen has been deleted from eBay, but an archive of the listing can still be found here. “Comes with Android 13 and Pixel apps in development stage. Sale of “as is” “There are no assurances of any kind.” Hmmm. Even if the photographs aren’t official, they show the Pixel 7 from all sides, which is a big gain for the vendor. 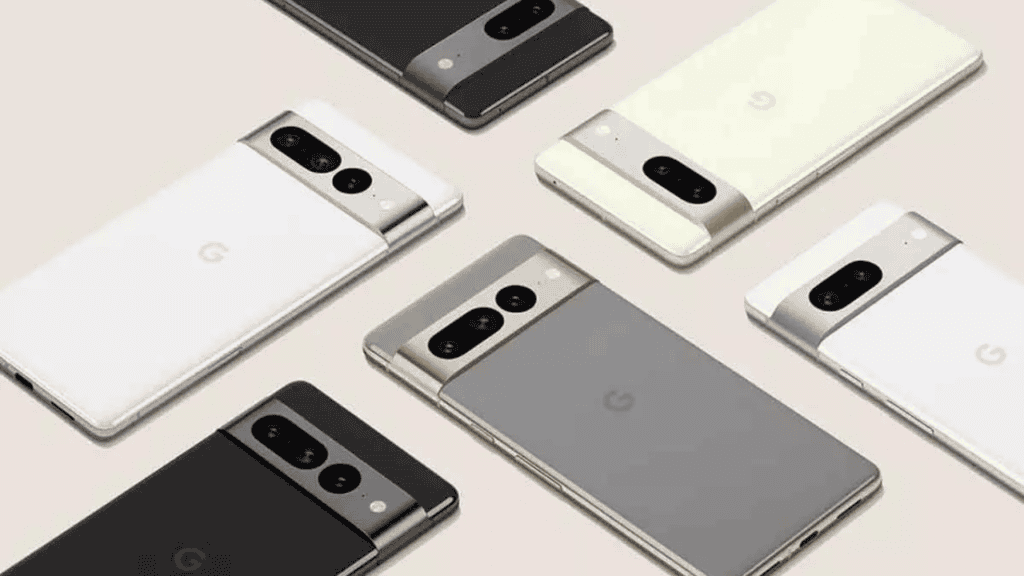 Aside from the new camera bar, the Pixel 7 is relatively similar to the Pixel 6 in terms of design.

A large sheet of glass covers the Pixel 6 camera bar, but the Pixel 7’s camera bar is a large aluminium block with a smaller piece of glass covering the lenses. The thinner camera glass of the Pixel 7 should reduce glare, as light was easy to bounce around inside the large glass camera cover of the Pixel 6. In terms of aesthetics, the new design is a step backwards. Pixel 6 had a basic, continuous black strip that contrasted with the body colour, however this metal is trying to match the glass body colour, failing, and then has a black spot inside it for the camera lenses.

Despite the fact that most of these photos were taken using the cheaper “Pixel 7,” the seller managed to sneak in a few shots of the larger, more expensive “Pixel 7 Pro,” which is plainly apparent in one of the images. Similar to the Pixel 7’s camera bar with a black oval housing two camera lenses, the 7 Pro has a second, obvious black circle for the zoom lens.

This listing was a complete slap in the face to the buyer’s expectations. There is no way this sale could have gone through because they’re selling a stolen item. Because this is Google’s property, you cannot resell or trade it for anything else. In addition, the eBay listing contains a lot of personal information. The first thing to notice about a prototype Google phone’s back is that it contains a number of readily visible identifying markings. Instead of Google’s standard “G” logo, this phone has its own unique “G” logo, and no one has blacked it out, so Google knows where this phone originated from.

Second, the vendor provided a screenshot from an IMEI checking service that identifies the blacklist status of the phone as “clean,” meaning it was not reported as stolen at the time of the photo, in an attempt to deceive a buyer into thinking this is a real sale (it is definitely blacklisted now). The issue is that the seller failed to sufficiently erase the IMEI number. A semi-transparent black marker effect was lightly passed over the number, but all it did was darken the IMEI number. There had been some care given to this. It’s important to note that the last seven digits of your IMEI, which serves as a billing identifier, are displayed in full here. Additionally, the seller was able to provide numerous photos of their hands in the listing. 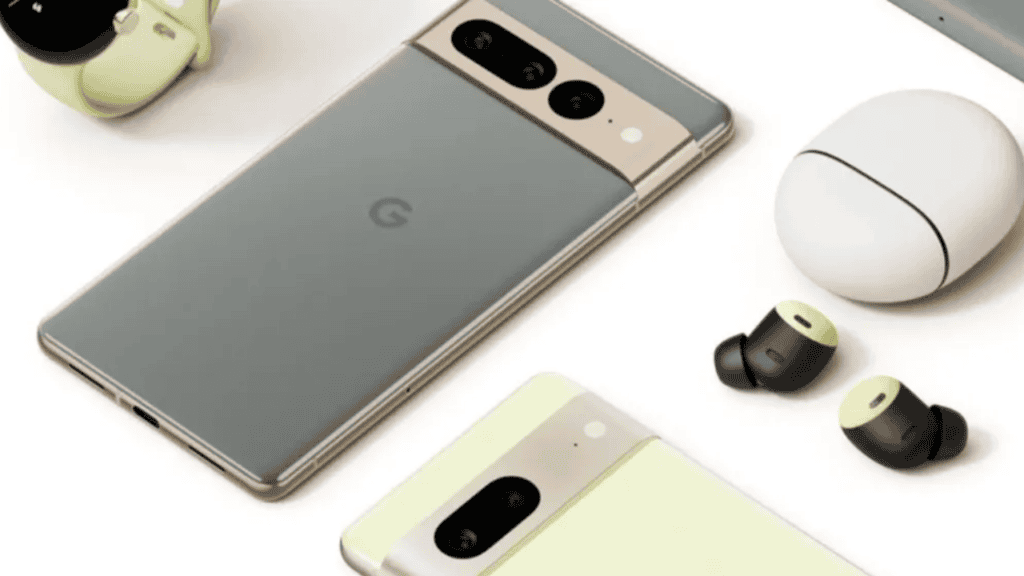 The Pixel 7 will be available in two sizes and price points in the fall of 2022: a smaller, more affordable Pixel 7 and a larger, more expensive Pixel 7 Pro.

Q3:”Does Google have an Apple Watch?”

Google’s first smartwatch sports a circular face with a domed shape and glass that appears to bend over the edges. As reported by previous leaks. To resemble the Apple Watch’s haptic crown, the watch is made of recycled stainless steel.

Q4: Is the Google pixel an Android device?

Google’s Pixel phones have been WIRED’s favourite Android devices for a few years now. Its cameras are among the most advanced in the business. It gets fast software and security upgrades from Google (much like Apple’s iPhones), and it is reasonably priced.

Q5: If you have an iPhone, can you use the pixel watch

Q6: How would you describe a “flagship phone?”

There are a number of different meanings for the term “flagship”. Examples of flagship products are high-end smartphones manufactured by a corporation. Originally, the phrase was used to describe the flag flown by the lead ship in a naval convoy. In today’s business world. It can refer to anything from a company’s most essential product or service to a specific location.