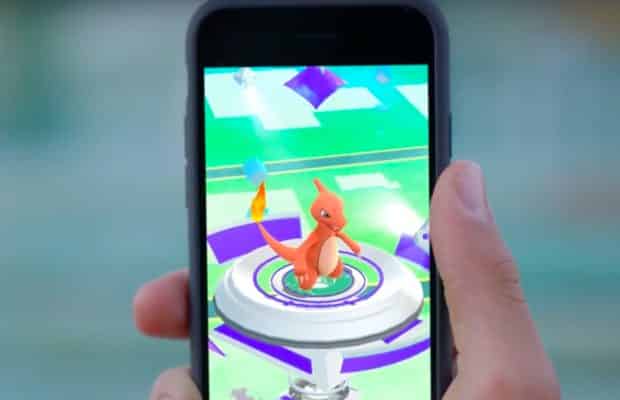 Home
Apps
Pokemon Go’s analytics show decline in user base; Is the hype dying down?

Pokemon Go came, saw, and conquered the world of mobile gaming. Thanks to its GPS-assisted gaming method, it became the most downloaded app. After breaking all the records, the popularity of the game seems to be diminishing. Going by the data published by app assessment firms, the user metrics are declining for Pokemon Go.

The new analytics from multiple app analytics firms states the metrics collected on Pokemon GO’s daily active users, engagement, and downloads. The data shows current month’s indulgence on a decline. In comparison to July, the users do not seem as engaged in August. Well, it had to happen at some point eventually. Not everyone can stay involved in catching Pokemon every day. Most of the users are giving up on the distance that they have to cover for catching Pokemon. Initially, it all came up as a new ‘cool’ thing, but now the trend is on a decline.

Data on Pokemon Go’s popularity is collected by firms such as the Sensor Tower, SurveyMonkey, and Apptopia. Axiom Capital Management later analysed this data for Bloomberg. The report by Bloomberg also says that players in-game time is also decreasing. It means that players are not finding the game addictive enough. 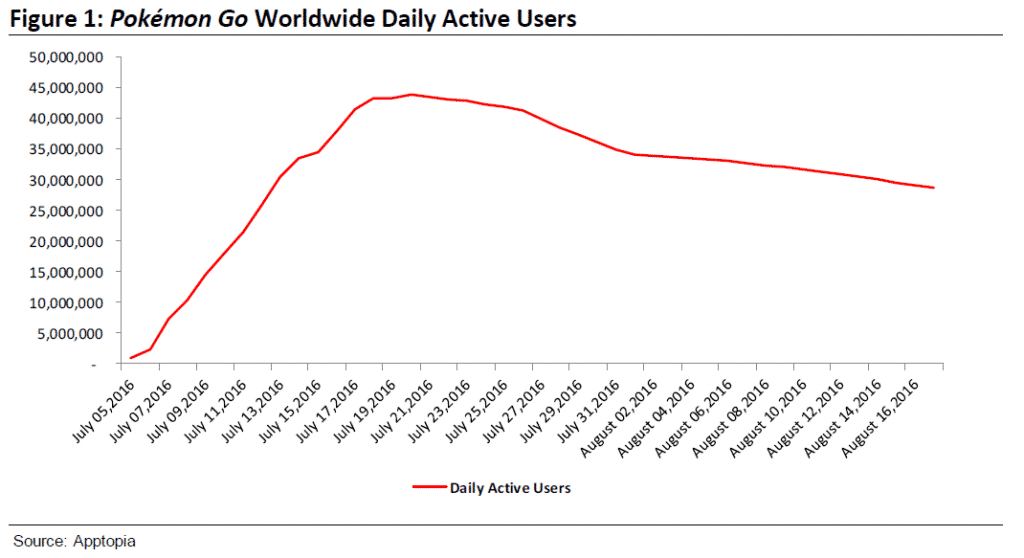 Senior Analyst – Victor Anthony from Axiom says that the decline in Pokemon Go’s popularity will come as a relief for the big wigs of the app world. According to Anthony, apps such as Facebook, Snapchat, Tinder, and Twitter will breathe a sigh of relief. The overnight success of Pokemon Go was a becoming a question of concern for other apps. Users were apparently spending less time on the other favourite apps.

However, we can’t put Pokemon Go under the “non-favorite” category, just yet. Even though August analytics does not look encouraging, but it does not mean that the app will go out of the scene regarding daily user base. There could be two scenarios for Pokemon Go – it will either fizzle out like a bubble or it will sustain to keep its permanent base of frequent players.

Also, it is noteworthy to mention that one of Axiom’s charts present Pokemon GO as having approximately 30 million active daily users as of August 16, which is still an amazing userbase stats for practically any app. Whatever may happen in the future, but for now, the decline in popularity charts shall be a matter of concern for Niantic and Pokemon Go. The hype seems to be dying down, and it would be interesting to see how the game developers keep up the flame.

What’s your take on the present scenario of Pokemon Go? Are you still using the app? If yes, then tell us what’s keeping your interest? If no, then tell us what made you exit? We would love to read your comments.