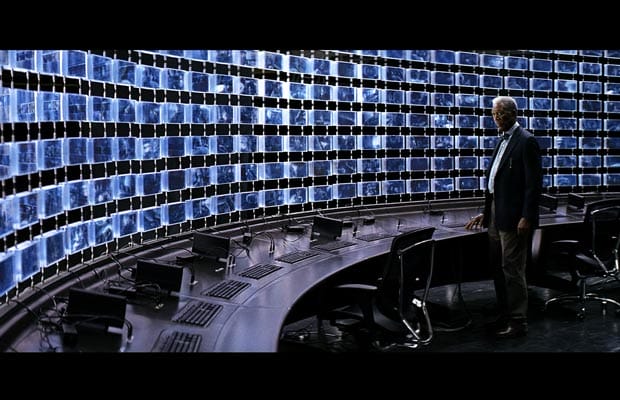 Project Tango – How Google Stole An Idea From Batman

Do you remember the famous scene from The Dank Knight where Batman is using the so-called “high-frequency generator-receiver” to map out Gotham in 3D to find the exact location of Joker’s hostages? Well, Google has created a technology that comes quite close to this concept.

Google has built a new phone that is more than just a phone. A new device from the initiative called Project Tango is able to map the world around you in 3D, thanks to its built-in sensors.

Equipped with a motion camera and a depth sensor, Tango devices can create detailed 3D models of the environment around you. The array of sensors allows to measure the surroundings more precisely than any phone ever could. Also, technology like this opens up completely new doors for augmented- and virtual reality.

The new Tango technology is far away from being used in mass-market smartphones. The sensors are bulky, heavy and the technology itself is in its very early stages. Just now Google is preparing to ship the first 200 test devices to selected developers.

However, if further developed, parts that would enable Tango-like features would become small enough to fit into a thin and light smartphone.

But this technology will certainly grow larger than just smartphones. And this is where the interesting part starts.

I love it when a plan comes together

Of course, Project Tango amazing by itself. It’s a great technology that open a lot of doors for new innovative projects and ideas. But let’s think for a moment which role Tango would play within Google’s ecosystem and what would happen if combined with other Google projects.

During the last year Google has made quite a few interesting acquisitions and further developed existing projects, which could work perfectly with Project Tango:

Nest is a smart thermostat technology, which was recently acquired by Google for approximately $3.2 billion. Combined with Tango, it would not only be able to adjust the temperature in your apartment based on whether you are there or not, but also based on your position in the room.

Since Nest was bought mostly for its detailed user behaviour database, Google will probably add Tango-like features to gather even more data: When do you commute, how much are you moving around in your apartment, detailed 3D maps of a certain room and its contents and so on. Amazing? Yes. But also quite terrifying as well.

Boston Dynamics is the robotics company behind the amazing dog-like robot (although called WildCat), which you have probably seen on YouTube being kicked and pushed to see whether it will fall or not (it doesn’t). The robot can also pass through rough terrain with no problems as well, even carrying heavy bags.

Let’s take this robot and add Tango. Now we have a robot which is aware of its surroundings and can gather detailed data from its environment and map it in 3D. Sounds pretty good to me. But the robot can’t really do anything with the collected data. And this is where DeepMind comes in.

DeepMind is an artificial intelligence startup bought by Google in early 2014. Right after the deal was signed, numerous blogs were already talking about this acquisition, and what Google could (and would) do with such a technology. Well, here’s your answer.

Imagine this: an intelligent robot that is aware of its surrounding, and, most of all, able to learn. How amazingly scary would that be. Scenes from the movie AI are not too far away from becoming reality.

Self-driving cars are, basically, intelligent robots. But the technology currently tested by Google is way too bulky to make it to the mass-market. However, a technology like Tango, combined with DeepMind, could lead to affordable self-driving car technologies.

I can’t think of a better place to use Project Tango technology than with Google Glass. While still in beta, Glass already is quite powerful, offering possibilities which haven’t existed before. Now how could Tango possibly improve our lives if combined with Glass? Let’s give you a few examples:

There are endless possibilities with Google Glass and Tango. If you have some creative ideas, please share them with us in the comment section.

Google also talks about gaming on the official Project Tango page. To be more precise, virtual- and augmented reality gaming. And the best existing technology in this area is Oculus Rift, a head-mounted display that can simulate  virtual reality in 3D. Combined with Tango, you could turn your living room into a middle-age dungeon, your backyard into a war zone and your kitchen into a small city (because who doesn’t love SimCity).

One of Google’s first shots at gaming is the mobile game Ingress. Without going into details, it’s an outdoor virtual reality MMORPG, where you actually have to move to different locations to “capture portals”, playing against other people in real time. Combined with Oculus Rift and Project Tango, I could imagine a lot of similar virtual reality games like this. But with much more detailed and realistic surroundings and much more entertaining.

It’s amazing to see scenes from Sci-Fi movies coming closer and closer to reality. There are endless possibilities and opportunities Project Tango is opening-up to developers. This will certainly lead to many revolutionary ideas. And I’m very excited to see the results.

However, I’m also concerned about privacy. And the famous scene from The Dank Knight reflects most of my concerns very well.

“You took my sonar concept and applied it to every phone in the city. With half the city feeding you sonar, you can image all of Gotham. This is wrong.” – Lucius Fox