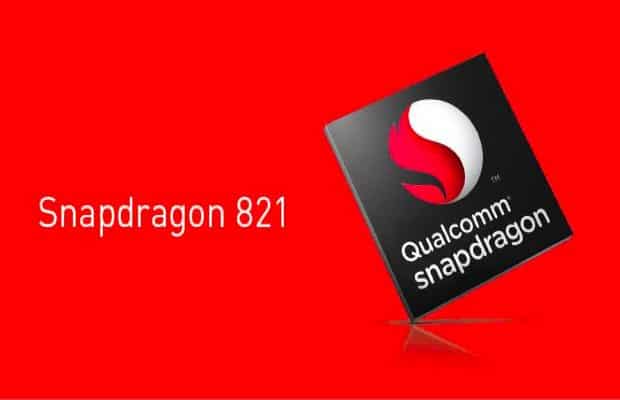 Here comes the Qualcomm Snapdragon 821, the fastest processor yet

Giving a halt to rumours and speculations, the Qualcomm Snapdragon 821 has gone official. The Snapdragon 821 is the powerful successor to Snapdragon 820, which is a part of leading flagships such as HTC 10, Samsung Galaxy S7, LG G5, and much more.

The Qualcomm Snapdragon 821 is not a replacement to its predecessor, but a tentative solution for the next-generation chipset that will debut in the future. Qualcomm has made the chip official today. If reports are to be believed, then this chipset might become a part of upcoming Nexus devices and Samsung Galaxy Note 7.

What are the enhancements that come with the Snapdragon 821?

This latest chipset is 10% faster than its predecessor, even though it is still a quad-core. Qualcomm has somehow managed to promote its clock speeds. Similar to the 820, the latest 821 comes with two top-performance Kryo CPU cores running at higher clock speeds when required, along with two added battery-enhancing Kryo cores operating at lower speeds. The 820 chipset featured high-performance cores clocked up to 2.2GHz, on the other hand, the Snapdragon 821 is clocked up to 2.4GHz. The battery-saving cluster is increased from 1.6GHz to 2GHz.

Another added, but remarkable advancement in the Snapdragon 821 is that it comes with the graphics chip. The new chipset is clocked at a greater frequency, operating up from 624MHz to 650MHz.

What are the devices that might run Qualcomm Snapdragon 821?

Going by the latest reports, the U.S. version of the Galaxy Note 7 is rumored to be debut platform of the Snapdragon 821. However, the chances are that the chipset might also power the rumored HTC-made Nexus phones. Another exciting news hints about free virtual reality headsets that might come powered by Snapdragon 821. 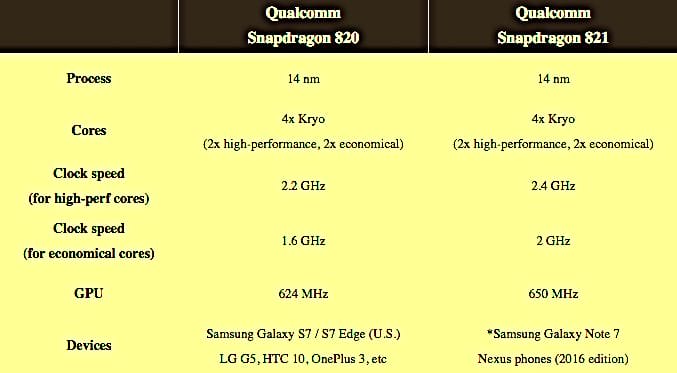 Ultimately, the Snapdragon 821 is set to release in the second half of this year, and that’s when the major devices with it are anticipated to launch in the market.

What is Pokémon Go? And why it is breaking the internet