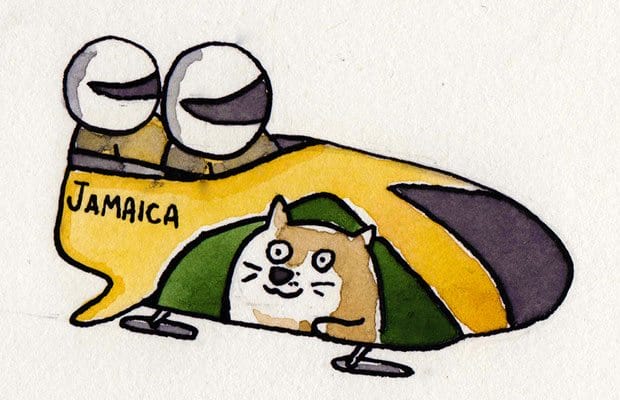 Just a few hours ago, it has been confirmed that the Jamaican bobsled team has raised more than $30,000 in the new cryptocurrency Dogecoin, which will get the team into the Sochi Winter Olympic Games this year. Surprisingly enough, most of the money has been raised with the help of an online community.

In an itv interview, Winston Watt, who is leading the Jamaican bobsled team, has shared his concerns about how the team will raise enough money on such short notice.

Reddit’s online community has already been known for its ability to change and move things thanks to its amazing community. The /r/dogecoin subreddit subscribers have not only helped to spread the message of the Jamaican team trying to raise enough money to attend this year’s Winter Olympics, but also have raised enough money to get them there.

One particular Reddit user has donated $20,000 to the glorious cause. Yesterday, Redditor dogefreedom, who chooses to remain anonymous, has transferred 20 million Dogecoin to the Jamaican bobsled team, securing them two thirds of the money they desperately needed to fly to Russia.

After collecting all the donations and converting them into Bitcoin, Dogecoin founder Jackson Palmer has confirmed that the community has raised 35 BTC, which, converted to USD, adds up to more than $30,000.

The story of Cool Runnings is again repeated. The Jamaican bobsled team is going to the Winter Olympic Games!