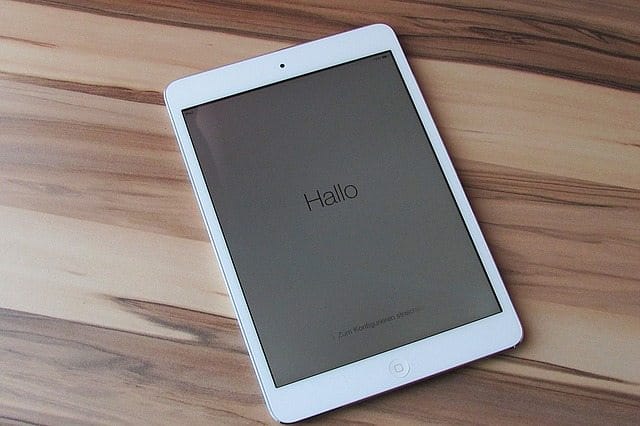 How To Reset Your iOS Device To Factory Settings

If you use a smartphone or a tablet long enough, it starts to slow down. You start to notice little things such as sluggish response times when tapping icons, apps freezing, the entire device freezing, the Internet connection not going as fast as it should…basically the entire device is doing the digital equivalent of acting heavily intoxicated. That is when you need to reset the iOS device to factory settings.

This is not a big complicated process. All you are doing is essentially wiping the device of everything that’s on it and putting the settings back to the way they were when you bought it (i.e. when it came out of the factory). Look upon it as the smartphone and tablet equivalent of wiping Windows cookies and temporary internet files. Once done, you then use the iCloud Restore function to put everything back on again.

Preparations Before Wiping The Device

Before you rush to hit that delete button, there are some basic housekeeping functions you need to take care of first. I will be resetting my iPad which is running iOS 10. But looking at iOS 11 beta on my iPhone, there is really no difference.

Backup To iCloud & Your Computer

As usual, never do anything without at least one backup, two would be better. So, go to your iOS Settings. Tap on your name at the top. Then iCloud–>iCloud Backup. Tap “Back Up Now”.

Once you have your backups, you need to switch some things off and unregister some others. 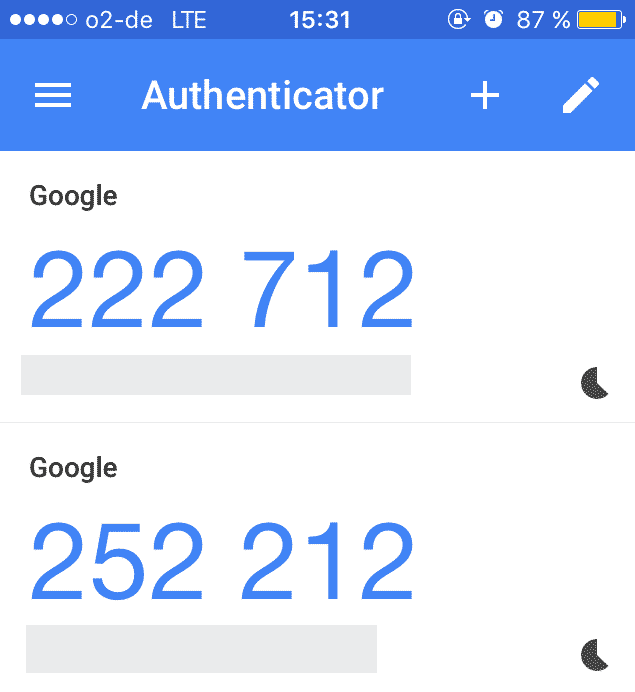 This means the next time you log into a web account and it asks you for a code from the authenticator app, you will not be able to get it, because the Authenticator settings will be wiped.

So before factory-resetting your phone, go round all the web accounts that are set up in Google Authenticator, and switch off two-step authentication (unless you have another way of verifying the account in the meantime, such as SMS codes).

You will also have to unregister accounts such as the Kindle app, otherwise when you re-register it, you will end up with two iOS Kindle apps in your Amazon account. 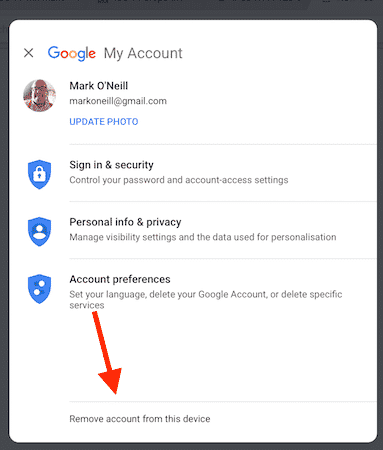 Another example is wiping the sync features from Chrome and logging out. Otherwise when you reinstall Chrome, you will end up with two iOS Chrome browsers – the one with the synced tabs BEFORE the factory-reset, and the one AFTER. Removing the older one later is a pain in the butt.

There have been situations in the past where I have made two backups, but both times, the restore function failed, and I lost the lot. I then had to try and remember what apps I had from memory and individually reinstall them. The App Store shows you a list of everything you have ever downloaded in the “Purchased” section, and you can use this too if you have to painstakingly reconstruct your device.

Another time the restore function will fail is if you are switching to a new device that has a newer iOS version on it. When I moved from my iPhone 4S to my iPhone 5S, the restore failed because seemingly the two systems were not compatible with one another.

What I like to do though is move all of my files into cloud storage, as well as take screenshots of ALL screens. So if I HAVE to do things the hard way, I have some visual aids to work with.

iCloud is not known for being totally reliable, so make sure you also have backups of all your photos and videos (Dropbox “Camera Uploads” is good for this).

So quite often, using the backup and restore functions is not always the best solution. Sometimes, individually installing everything again is the best way to ensure a properly clean device.

Now that you have done all of the preparatory work, it’s time to wipe the device.

You will now be presented with a list of resetting and erasing options. 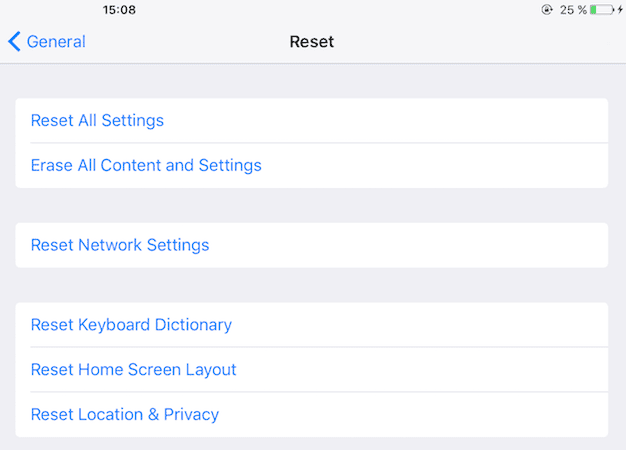 For our purposes, we only want to focus on the first two.

“Reset All Settings” will reset all of the settings, but leave on all of the media and apps. I call this “Factory Lite”. Whether or not you use this one will depend on how bad your device issues are. If you have a corrupt file or malfunctioning app, leaving them on the device will solve nothing.

“Erase All Contents & Settings” is the nuclear option, and erases everything. It truly puts everything back to the way it was when you acquired the device. I always use this option to play it safe. This way, you can be truly guaranteed a thorough reset.

When you tap on the option you want, enter your PIN code (if you have set one). It will then display a confirmation message. 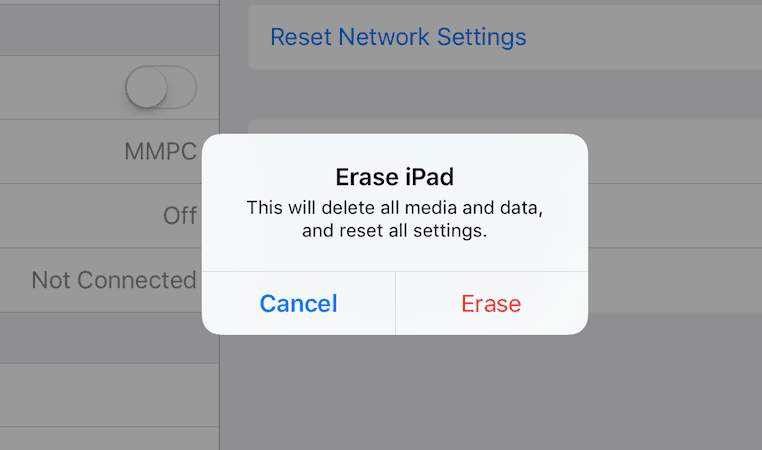 Tap “Erase” and it will provide an “Are You Sure?” message. Confirm that, and then you will be asked to enter the password to the registered iTunes account on the device.

Why so many hoops? Because by doing this, you are wiping the iPad and making it potentially usable for someone else. Without a factory reset, Apple’s encryption features would render a stolen iPad useless. So it is making you go through the extra taps to ensure you are the legal owner of the device.

Once the password has been successfully entered, the screen will go black, the white Apple logo will appear, and a progress bar will show how long you have to wait. In my case, it was a little under 5 minutes, probably because I don’t keep so much on my iPad. Your mileage may vary.

You will know the reset is finished when you see the Apple “welcome” screen again. Tap the home button to continue, and you will then have to enter the following information in this order :

First, specify your language & country. The country is important because it has to match the one in your iTunes account (otherwise the apps will not work). 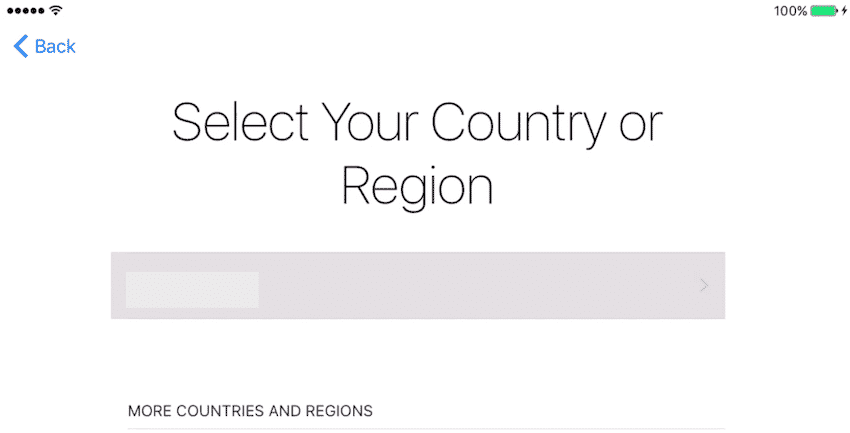 Second, sign into your wi-fi network. Very straightforward. You can’t get the iCloud backup, unless you have an Internet connection, so this one is very important.

Next, either enable or disable Location Services. I am not a fan of GPS and location-based apps, but I do have it on for “Find My iPad”, which encrypts the device. So I recommend enabling this (albeit reluctantly). 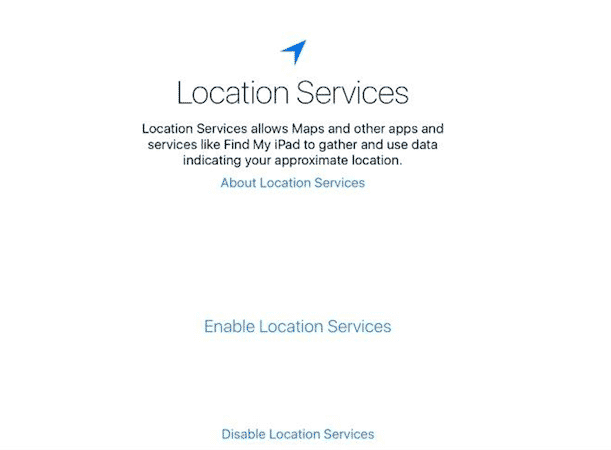 Fourth, choose a PIN code. At this stage, you will be restricted to four numbers. But when you are in your device later, I strongly recommend changing this to a minimum eight numbers. Four is not enough by far.

Then you will be asked what you want to do. You can restore your device from a backup, or you can treat the iPad as a new device. If you choose the latter option, the iPad will be laid out the way it normally looks in the shops. I chose the iCloud backup. You can also restore from iTunes. 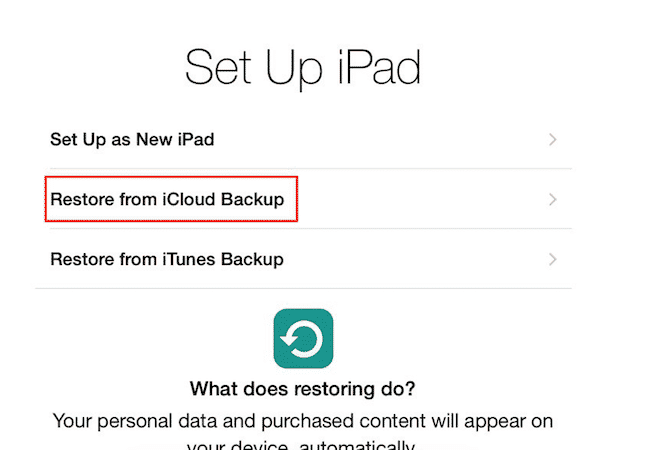 Finally, sign into the iTunes account containing the iCloud backup. If there is more than one backup available, it will ask you which one you want. Obviously choose the one you made just before you reset the device. 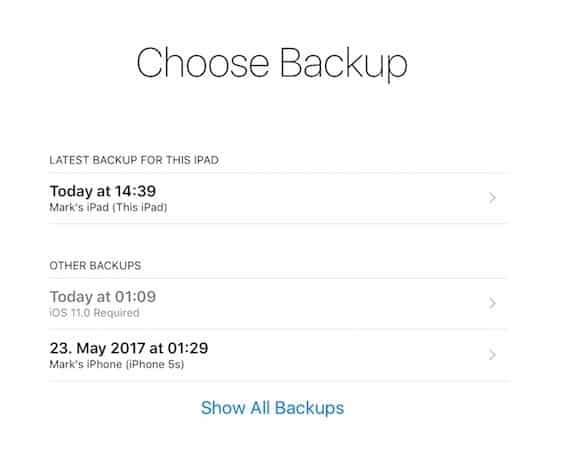 Now wait for it to restore everything. How long this takes depends on how big your backup is, and how big the apps are. 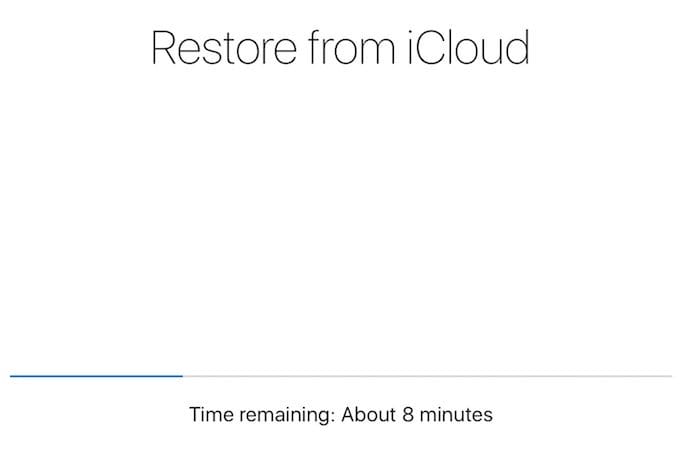 The device will restart a couple of times, and when you finally get into it, you will see your apps queued up to download and install. 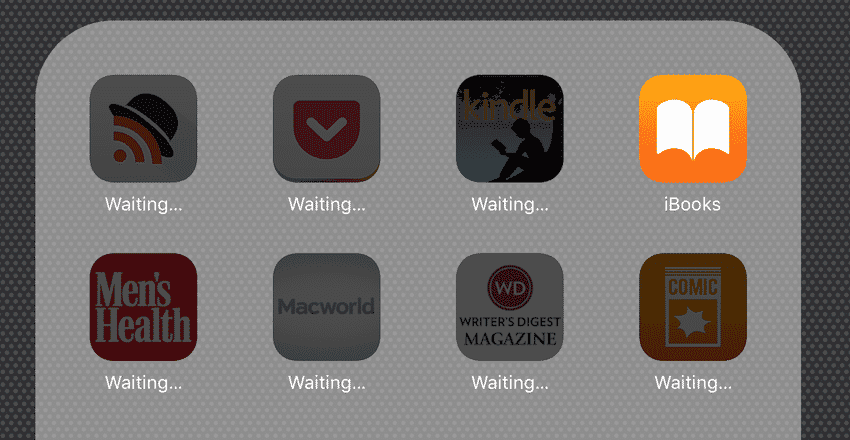 Like changing your passwords or your security questions, factory-resetting your devices should be a fairly regular occurrence. You’ll find they work faster and better if they are given a constant digital airing out.

How To Make Cortana Use Google Search In Chrome Or Firefox

How To Customize The Android Home Button Action