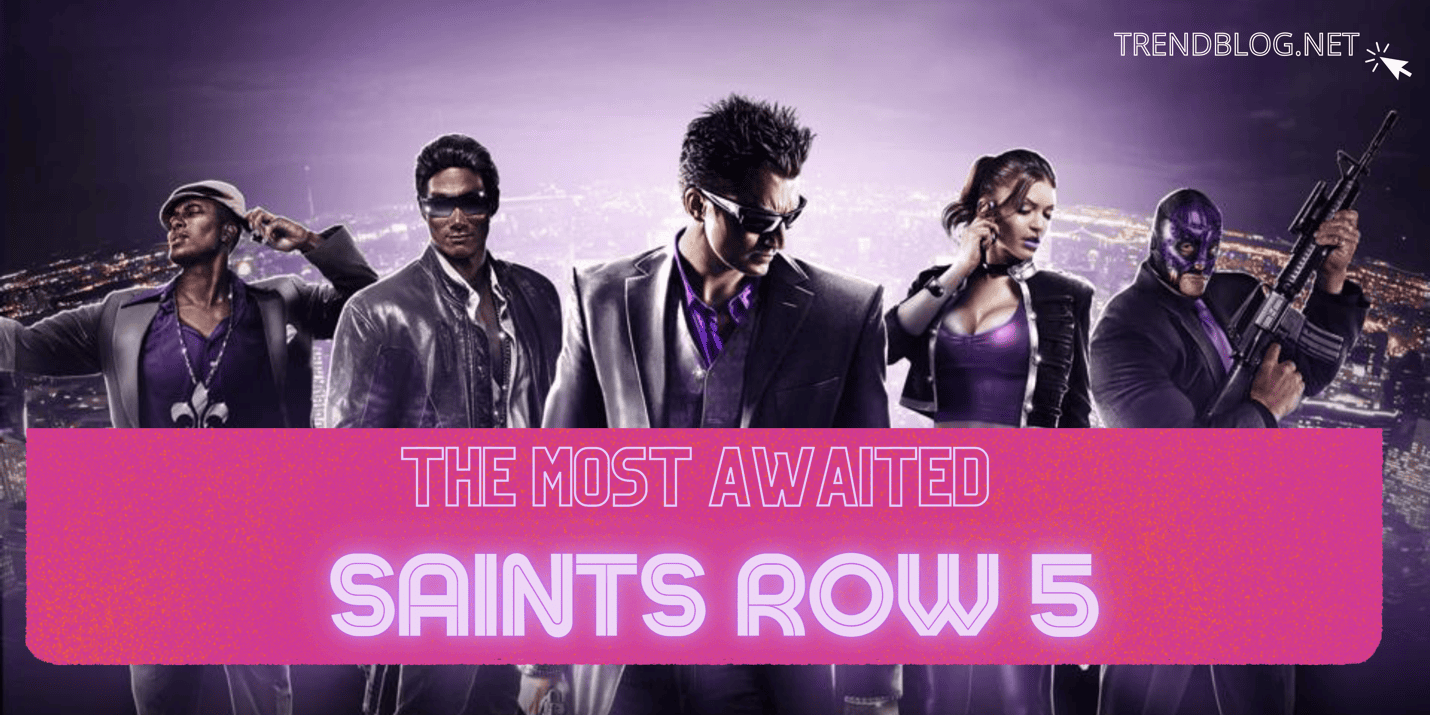 Home
Apps
What’s the Gossip on Saints Row 5 Game’s New Instalment: “The Reboot” All About?

It’s been many, many years since the previous Saints Row 5 game was published, but Saints Row is back as an open-world utopia. As a result, many people are wondering when this gangster thriller will conclude. Why hasn’t Saints Row 5 released yet? What happened to the forthcoming legendary title? Will it be released?

All of these questions will be answered in this article, so stay tuned! What was it about it that made it so popular, and how could the studio bring it back — or is it here already?

Update: Since this post was first published in February of this year, the studio has stated that Saints Row 5 is presently being developed and will be released on February 25th, 2022

So, What’s This Saints Row 5 About?

Despite the fact that the game has long been derided as a shoddy Grand Theft Auto rip-off, this criticism may remain true for the time being for the original title. However, Volition, the studio behind the Saints Row series, released a sequel in 2008 that addressed these complaints. And it had grown and improved much more this time. 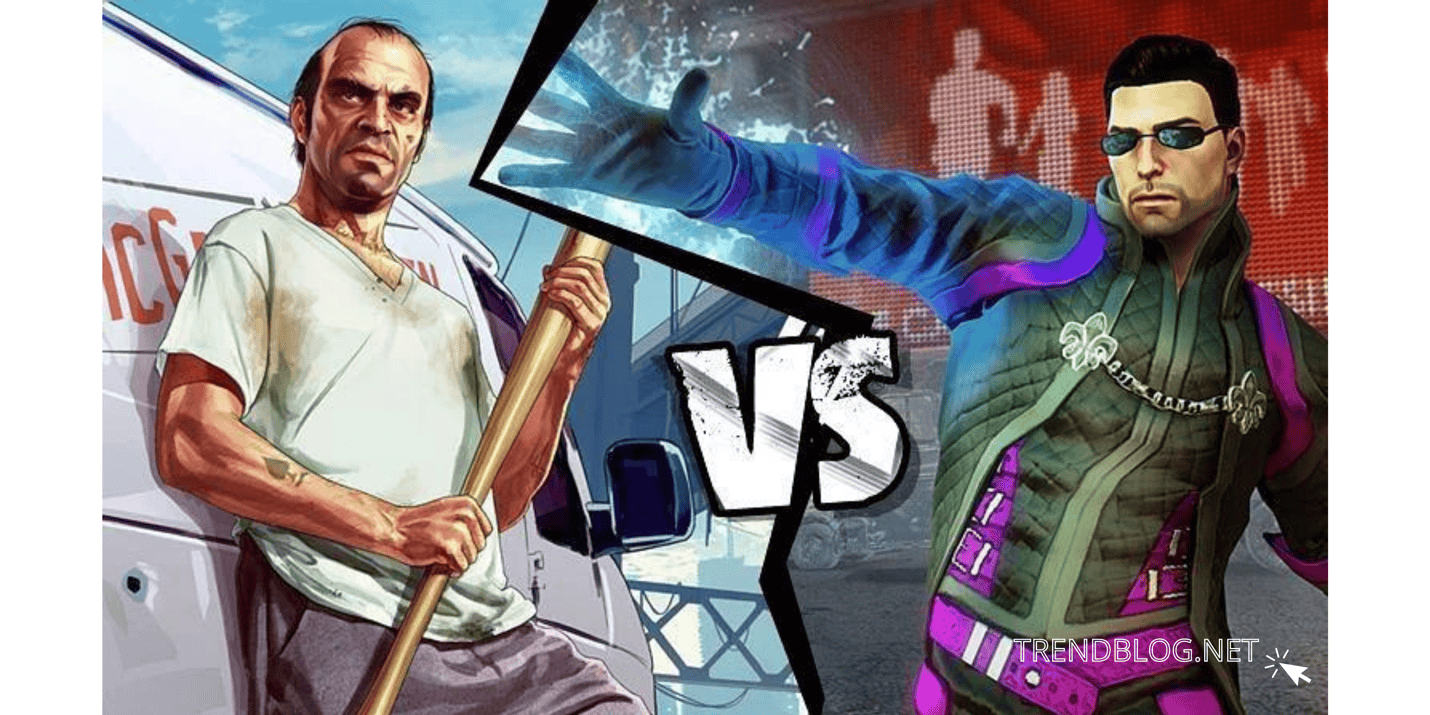 The game featured a far larger open world than its closest competitor, Grand Theft Auto IV, and much more intriguing things to do in it. At the start of the game, there was a lot of competitiveness.

Later players, on the other hand, realised that despite the game’s lacklustre narrative, the Open world experience was somewhat better than that of its competitors. And because it was such a big hit, the company decided to release it on other platforms as well.

The first version was only available on XBox, however subsequent iterations were made available on PC as well.

There are a lot of parallels between the two games, however this one eliminates the gangsters and cheesy language and sticks to the original plot.

The lack of resemblance to Grand Theft Auto has freed this game to develop its own personality. Other sources claim that the game’s name, Saints Row 5, isn’t simply a coincidence.

Saints Row 5’s special flair is represented through super powers. However, it seems that the majority of fans have changed their minds and no longer want superpowers to be included in the game. The only place you’ll find skills like this in other games is Saints Row 5, so if you want to utilise them, you’ll have to toggle them like hacks in GTA.

Here’s a Sneak Peek Through the Trailer

The announcement video opens with a look at the new setting for the Saints Row remake. Santo Ileso, a city in the American southwest, is depicted as having elements of neon cities, wide-open desert plains, and graffiti-covered neighbourhoods.

A robbery is planned by a few new characters to rob a rival gang of some kind of weapons transaction. Things seem to be firmly in place… Until a figure dons a motorbike helmet adorned with pink cat ears and LEDs that create a face across the mask’s face, it’s all business.

He accelerates his motorbike while wearing just his underwear. While he keeps them entertained with clever banter, his accomplices sneak away in the vehicle. If you were hoping to see familiar faces like Johnny Gat or Kenzie, you’ll be let down by the fact that this reboot does not include any returning characters from the first Saints Row game.

Even if there are some references to the previous games in the game, Volition has made it obvious that this is a whole new game.

All of this suggests that the reboot’s tone will fall between that of Saints Row 2 and 3’s. Even though it’ll have a more serious tone, the humour and somewhat cartoonish devastation and mayhem will remain in order to keep things interesting.

The same thing happened with Saints Row 4’s announcement, and the same may happen with Saints Row 5’s release. With the Saints Row revival just around the corner, it was exciting to see all the platforms it would be available on. 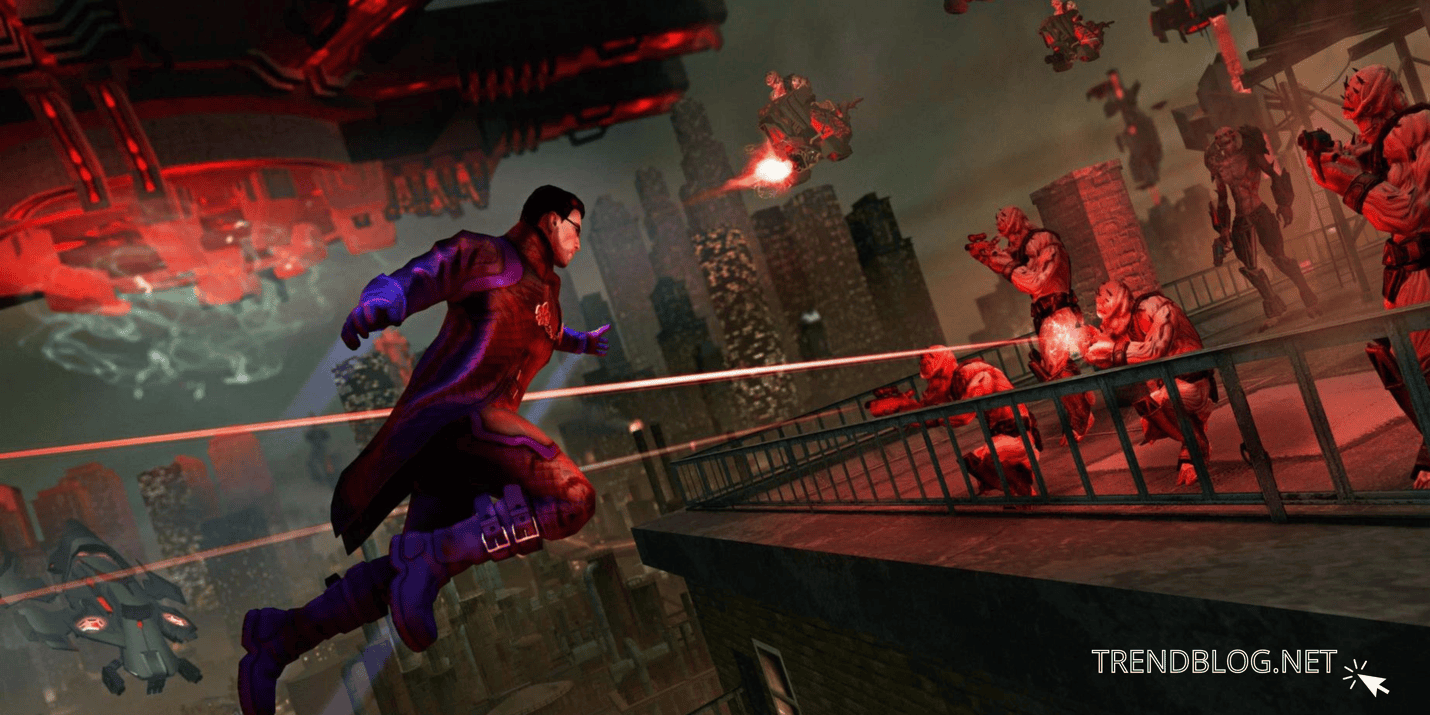 This reboot will be available on both current- and last-generation consoles, despite the fact that it is a bit late in the generation. PS4, PS5, Xbox One, Xbox Series X/S, and PC are all included.

Where Does Saints Row Take Place and Who Are the Main Players?

The new Saints Row is, according to Volition, a “contemporary” narrative that deals with many of the issues that millennials and Gen Z are now facing… at the very least. It’s your job to create a criminal empire from the bottom up with three of your pals as the Boss (as in previous games).

You refer to it as your “startup” in the game’s first trailer. According to the Volition team, all four of the game’s protagonists come from “dead-end occupations” (three originate from each of the city’s warring gangs) and are trying to break away from problems like debt. People who want to be in charge of their own destiny will enjoy Saints Row: The Third. 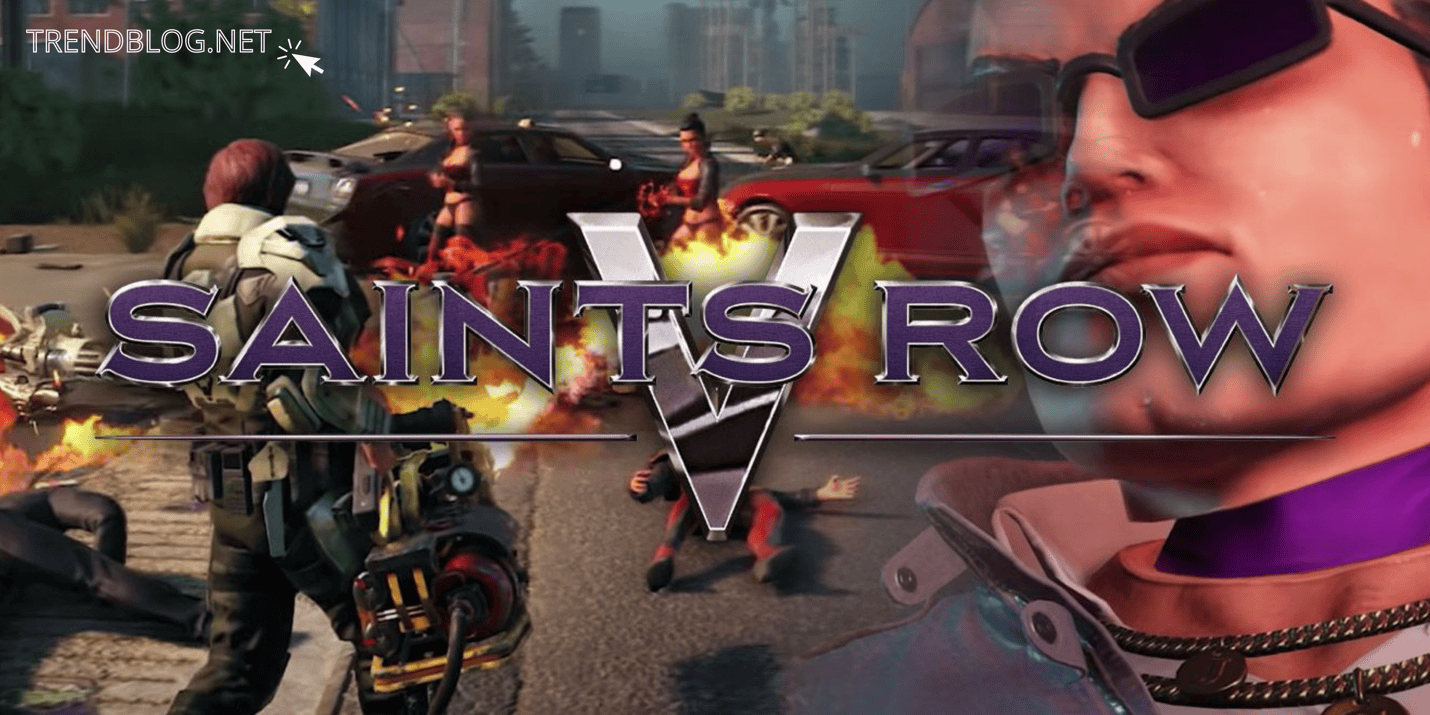 The action takes place in Santo Ileso, a fictitious city that seems to be a mix of Las Vegas, Reno, and other areas in Southern California in the trailers. There are nine districts to explore, and each one has its own unique vibe. Some resemble the Las Vegas Strip, while others seem more suburban, while yet others resemble the majority of the desert.

The player character is the Boss, but you’ll also have three other characters in your team. To begin with, there’s Eli, a young businessman from Santo Ileso who’s come to establish a company. He’s the group’s organiser. Also, the driver’s mom was a mechanic and she grew up working in a vehicle shop. Kevin, a DJ, rounds out the group. It’s likely that at least one of these individuals has a past with one of the city’s three major gangs.

You’ll have to take on each of them one at a time. In Santo Ileso, there is a group known as the Los Panteros that relies on brute force and physical strength to get things done. An independent military conglomerate is Marshall Defense Industries. There are also the Idols, a group of individuals that only want fame and notoriety.

How Is the Gameplay in Saints Row 5?

Despite the fact that Volition hasn’t showed off much in the way of gameplay, prior games in the series have included third-person shooting and vehicle driving. It is unlikely that the basic gameplay will be much altered, but there will be less insane weapons (although Volition has hinted that they may not be entirely eliminated from the game) to experiment with. 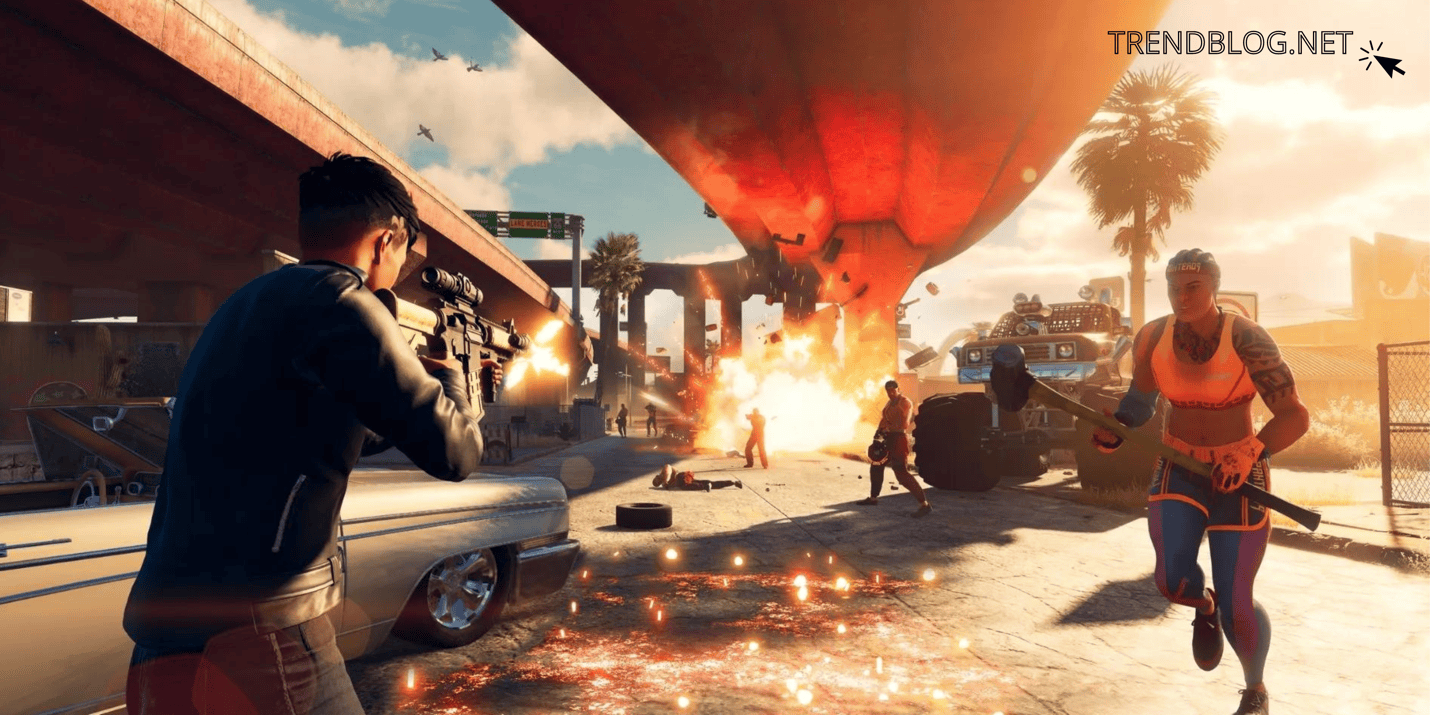 One of the major changes in the relaunch is the new map, which the creators at Volition claim to be the largest yet. As huge as it is, it’s impossible to gauge precisely.

Build your criminal empire at your own pace in this vast, open-ended playground. The creators claim that when you take possession of Santo Ileso’s properties, more criminal possibilities open up.

To begin with, there was video demonstrating how you might utilise an unlicensed food truck to transport narcotics, an unlicensed medical facility to invest in dubious medical procedures, or an unlicensed garage to trade in stolen cars.

As well as constructing a hazardous waste dump in the heart of a financial zone, the developers discussed it. You have complete control over how your empire is built, and taking certain routes will open up new game modes.

These activities may be carried out in a two-player untethered co-op or individually by you and your companion. There is a narrative you may follow on your own, but there is also an open environment you can explore with a friend, according to the developers.

Saints Row 5 is anticipated to have the following features and improvements: 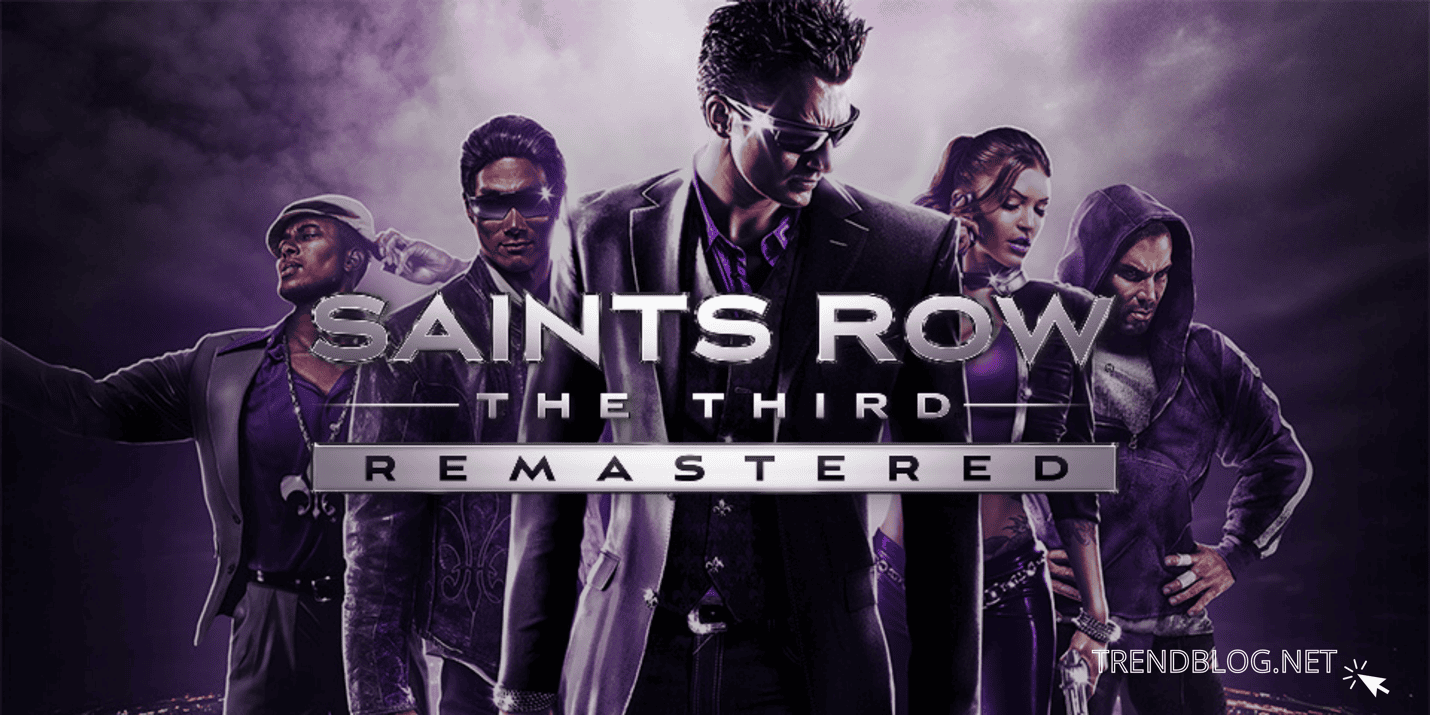 Pre-orders for the game went online as soon as the release date for each platform was confirmed. There are three pre-order versions to choose from: Standard, Criminal Customs, and the Notorious Edition. All three editions are available in both physical and digital form. Pre-ordering online, on the other hand, comes in two flavours: Gold and Platinum.

Pre-ordering is easy using the Saints Row website’s widget, regardless of platform or edition preference.