A few minutes ago Samsung unveiled the Galaxy S5. It seems like all the rumours we’ve heard during the last few weeks where not true, and we’re getting a standard plastic Samsung device. The official press conference just ended and here’s all you need to know about Samsung’s new flagship phone. It’s disappointing.

For the more visual people, we created a sleek infographic with all Samsung Galaxy S5 specs and features: 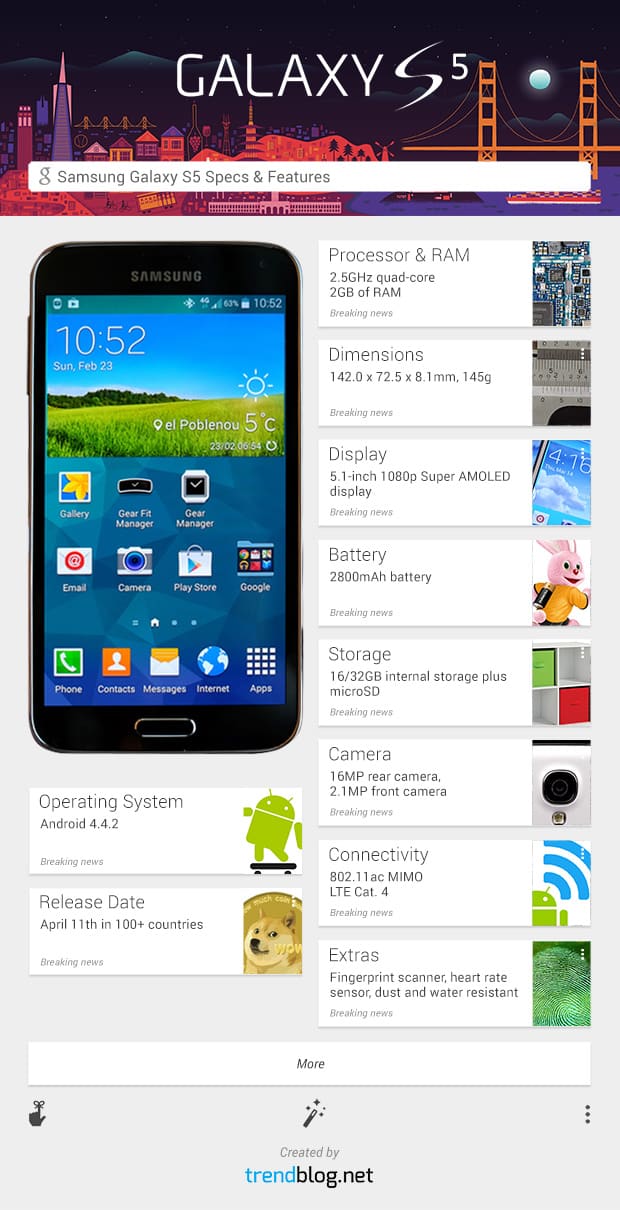 To be honest, I’m really disappointed. During the last few weeks, a sheer endless list of rumours popped-up on the internet. Personally, I expected a larger 2k display, a better battery and more RAM. To summarize it in a video:

The phone is also dust- and waterproof, but that’s nothing special today anymore. While I do understand that it does not make sense to go crazy with specs and rather focus on everyday use, I really don’t understand why we don’t see a better battery in a flagship phone.

The Samsung Galaxy S5 will be available as of April 11th in more than 150 countries. The price is still unknown.

What do you think about the Samsung Galaxy S5?