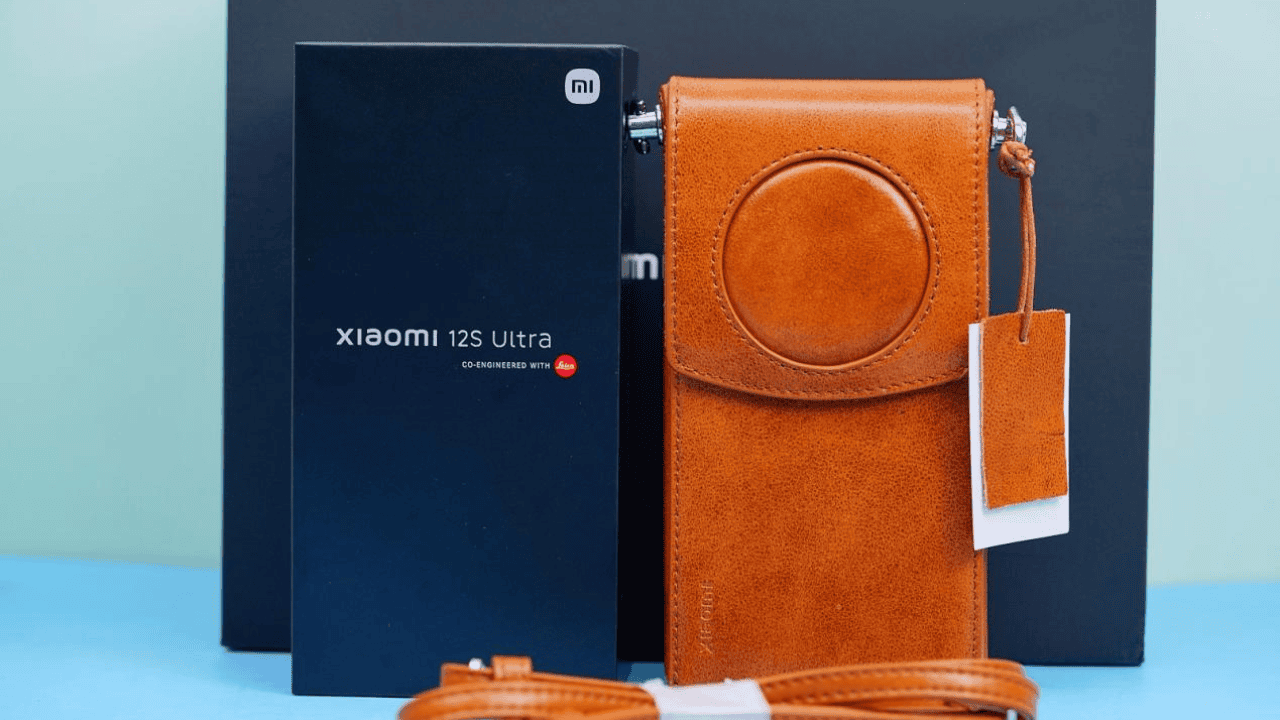 Samsung s22 ultra vs xiaomi 12s ultra. There is no doubt in my mind that Xiaomi’s Ultra series is a direct competitor to Samsung’s Galaxy line, and it’s a worthy comparison each year. I’m not just saying this because of the “Ultra” tag. If you’re looking for a true competitor to the Samsung Galaxy S22 Ultra, ZTE has an Ultra phone. If the new phone is to be compared to Android’s most popular device, it must have the latest cutting-edge technology and be backed up by polished software. When it comes to being Ultra, you have to put your money where your mouth is. The Xiaomi 12S Ultra does just that. 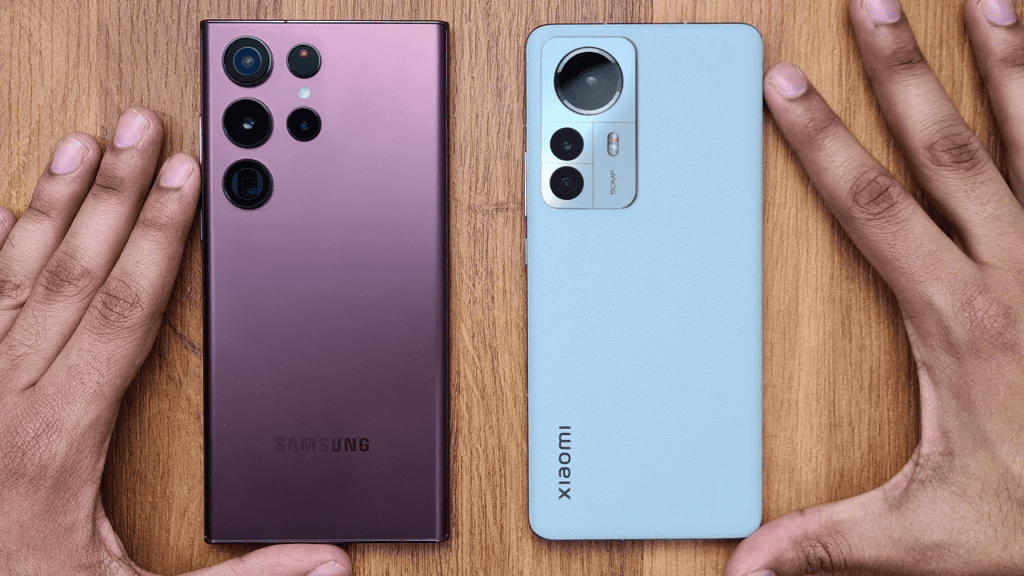 As far as most readers are concerned, this comparison isn’t much of a buying guide because the Xiaomi phone is currently only available in China. However, I’m confident that the 12S Ultra will make its debut on a global scale at some point. In terms of slab phones, the Xiaomi 12S Ultra and Samsung Galaxy S22 Ultra offer the best and “most” hardware right now even if the 12S Ultra isn’t widely available. A detailed camera section with numerous examples is one of the many things I’ve been thinking about after using both phones for a long time. There is no time to waste, so let’s get started.

When it comes to design, there is no such thing as a one-size-fits-all. Color, symmetry, material, and the structural integrity of a design are all important considerations when it comes to how the public perceives it.

In order to maintain their status as high-end flagships, the Xiaomi 12S Ultra and the Galaxy S22 Ultra have both been outfitted with premium materials and finishes. But keep in mind that both are heavy flagships, weighing more than 220 grammes, making it difficult to use with one hand.

The Xiaomi 12S Ultra model, on the other hand, is worth a closer look. Backlit Leica branding serves as a reminder that the well-known German camera manufacturer has partnered with a new mobile phone maker. The 12S Ultra still appears enormous from the back, despite the fact that the design isn’t flashy. Eco-friendly leather back, muted colours and symmetrical shape ensure that the overall design is pleasant to look at, despite its 1-inch sensor.

The Galaxy S22 Ultra, on the other hand, features a more open design with its two cameras situated on the back. Although this results in a more elegant design, many people find it repulsive. As a result, whether you like or dislike this design is purely a matter of personal taste. The phone is made of aluminium and has a glass back like Xiaomi’s model. The S22 Ultra, on the other hand, comes in a variety of more opulent hues, the most popular of which is the Burgundy model.

Even though the Xiaomi 12S Ultra has a slightly smaller 6.73-inch AMOLED display, it still has a lot to offer in terms of display upgrades. An in-display fingerprint reader and Corning’s Gorilla Glass Victus protection round out the phone’s impressive specs, which include 1440×3200 resolution, a 120Hz refresh rate (adaptive refresh rate from 1 to 120Hz), HDR10+ certification, Dolby Vision, and a 120Hz refresh rate.

Most of the S22 Ultra’s features are on par with those of the Xiaomi model, but it does not support Dolby Vision. However, it has a much brighter screen than the Xiaomi 12S Ultra, with a maximum brightness of 1750 nits. Despite this, both phones have excellent displays, so you can’t go wrong.

Newly announced in the second half of 2022, the Xiaomi 12S Ultra has improved hardware. Better performance and significantly better power efficiency are brought about by the new Snapdragon 8+ Gen 1 processor. So, the 12S Ultra’s battery life should be better than the S22 Ultra’s battery life.

MIUI 13 and OneUI 4.1 are pre-installed on the Xiaomi model, while the Samsung model comes with Android 13.

In terms of smartphone camera quality, both the Xiaomi 12S Ultra and the Galaxy S22 Ultra are excellent options. Because of its large sensor and new partnership with Leica, the 12S Ultra appears to have an advantage over the 12S on paper. There is a 50.3MP camera with OIS and f/1.9 aperture in the Xiaomi model’s main camera. A 48MP periscope 5x zoom camera, a 48MP ultra wide camera, and a 3D ToF sensor for depth are all paired with this. It has a powerful 32MP camera on the front.

The Samsung model matches the four sensors on the 12S Ultra, which is a nice touch. The following is the set-up: Another 10MP camera with 3x optical zoom is joined by an ultra-wide-angle 12MP sensor with super steady video to complete the camera’s array of high-resolution sensors, which include the primary 108MP sensor as well as 10MP cameras with dual-pixel PDAF and 10x optical zoom. 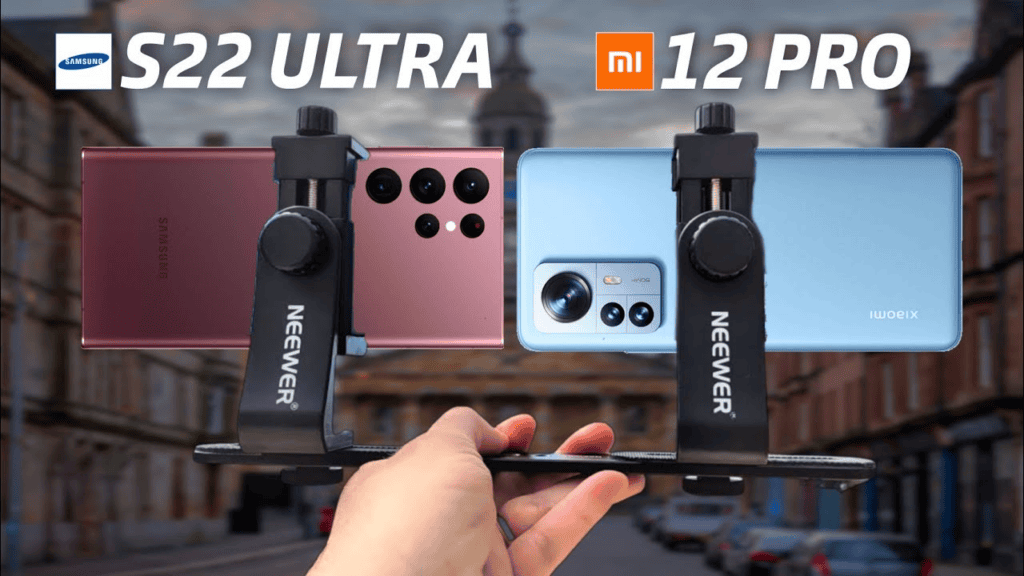 As impressive as the S22 Ultra’s camera setup is, we’ll have to wait and see if the Xiaomi 12S Ultra’s can match it in terms of overall quality and performance. This can only be confirmed by a real-world comparison, which Gizmochina is working on right now, so stay tuned. A 40MP front-facing camera takes care of the selfies.

Fast wired and wireless charging are both supported by the Mi 11 Ultra’s large, 5000mAh battery. For a 2022 flagship, the S22 Ultra’s 45W charging speed is a little disappointing. On top of that, the Galaxy model’s wireless charging is only capable of delivering 15W.

With its more efficient chipset and smaller display, the Xiaomi 12S Ultra may actually have better battery life than the S22 Ultra in real-world use.

Despite the S22 Ultra’s lower price, the Xiaomi 12S Ultra is the better choice for those looking for the best of the 2022 flagships. 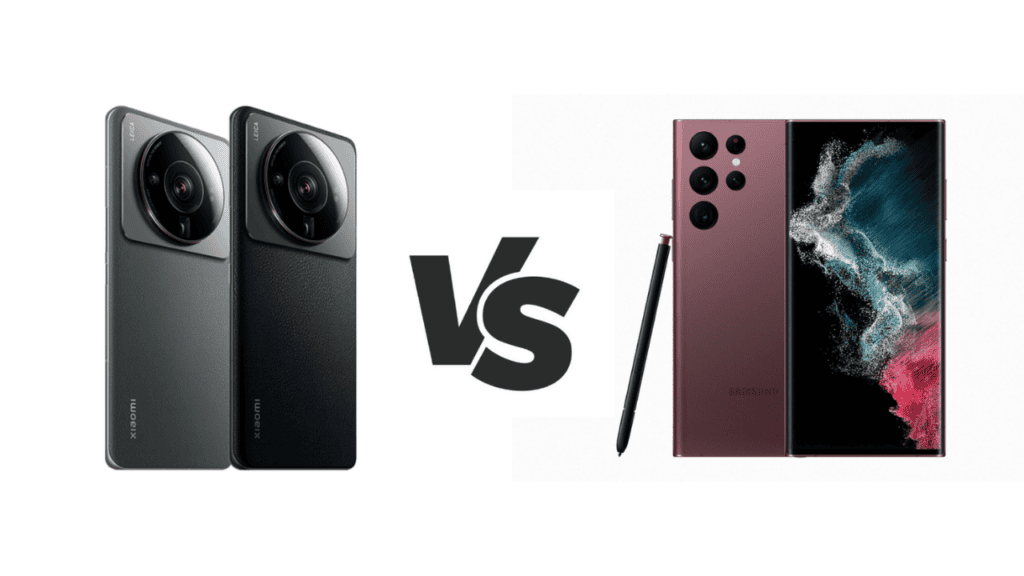 Q1: Is the S22 Ultra worth the investment?

An in-depth look at the Samsung Galaxy S22 Ultra. Verdict. Aside from a foldable, Samsung S22 Ultra vs Xiaomi 12s Ultra is the most powerful and versatile Android phone available. In terms of display quality, this is the best we’ve seen in a smartphone, and Samsung’s cameras have gotten better in low-light situations. It’s also difficult to beat the camera’s powerful zoom.

Q2: Is the Samsung Galaxy S22 water-resistant to the extreme?

Despite this, the new Galaxy S22 series devices are only water-resistant, rather than waterproof.

Q3: How long can you expect the S22 Ultra’s battery to last?

The 5,000 mAh capacity of the premium flagship is exactly the same as that of the Galaxy S21 Ultra. The Ultra lasted just over 13 hours in our light browsing test, which is best suited to everyday use. An unimpressive result for a 5,000 mAh flagship, and significantly less than the S21 Ultra from the previous year.

Q4: Is there a headphone jack on the S22 Ultra?

Samsung S22 Ultra lacks a headphone port. So this official USB-C adapter in white provides a workaround with 3.5mm audio input and output ports. Listen to music on your phone with your 3.5mm headphones using this adapter.