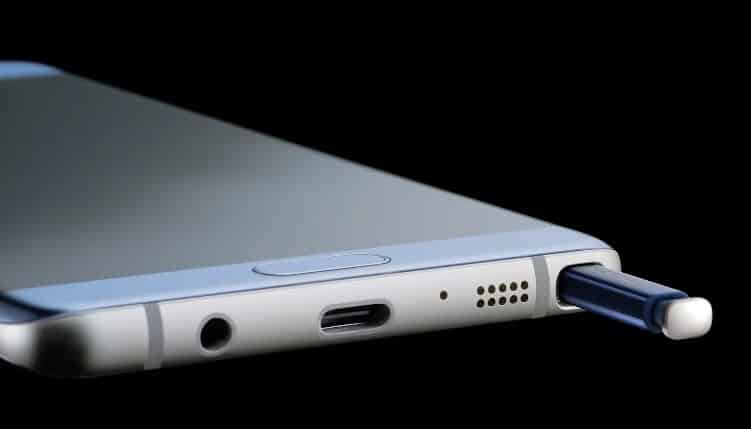 Samsung has finally unveiled its much-awaited flagship, the Galaxy Note 7. The latest device in the Note series looks like a considerable upgrade from its predecessor. It is the first Note with an Edge display on both the sides clubbed with a water-resistant body. Going by the images, the Note 7 looks bigger than the Galaxy S7 edge. With its S Pen and big display, the Note 7 brings fresh new features aboard.

Feeding the past rumours, the Galaxy Note 7 does feature a USB Type-C port and an iris scanner. Samsung has integrated the iris scanner very smartly, and it would also come handy for secure online payments via Samsung Pay. The iris scanner seems to work quickly, and it may prove to be pretty useful for the users. Thanks to its water-resistant display, the S Pen will also work on a wet screen. The Note 7 is the first Note to come with 64GB of internal storage. And yes, there is a microSD card too, which went missing on the Note 5.

There is a 5.7-inch Edge Super AMOLED display of Quad HD resolution. The Galaxy Note 7 also features Corning Gorilla Glass 5 protection, which is Industry’s first. Giving power to the Note 7 is an octa-core Exynos 8890 chipset or a quad-core Snapdragon 820, depending on region (the US, China, and Japan are expected to get the Snapdragon variant). There is 4GB of RAM onboard, which debunks the rumour that tipped the Note 7 to come with 6GB of RAM. 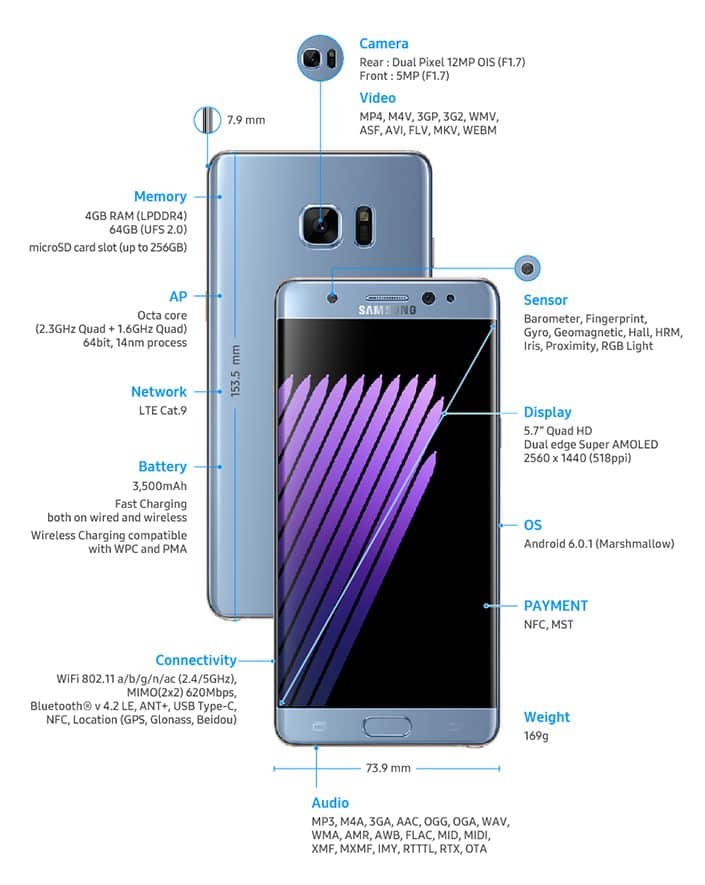 The S Pen has got an upgrade with the Note 7, adorned with cool new features. The Screen off memo allows users to take a note just by taking the S Pen out from its slot. The Screen off memo works even when the phone is locked and it also now enables users to pin notes to the Always On Display feature. Also, the Note 7 comes with a unique Air command translator, which translates the foreign language when the user hovers the S Pen over the text.

The Galaxy Note 7 is backed by a 3,500 mAh battery, which is bigger than its predecessor. Thanks to the USB Type-C port, the device supports Qualcomm’s Quick Charge 3.0 along with Wireless charging. In the imaging segment, there is a 12-megapixel primary camera with Dual Pixel autofocus and f/1.7 aperture, and a 5-megapixel front-facing camera with f/1.7 aperture. The smartphone runs Android 6.0 Marshmallow with TouchWiz skin on top. Samsung is most likely to give it an upgrade to Android Nougat sometime later this year or in early 2017. The connectivity options include Wi-Fi 802.11 a/b/g/n/ac (2.4/5GHz), GPS/ A-GPS, Glonass, 3G, Bluetooth, 4.2, and USB Type-C. The device also supports LTE, which is compatible with LTE Cat.12, LTE Cat.10, and LTE Cat.9.

Regarding availability, the Note 7 is expected to go on sale in select markets on August 19th. It will be available in Blue Coral, Gold Platinum, Silver Titanium and Black Onyx color options. In the US, it will be up for sale via all mobile carriers such as AT&T, Sprint, T-Mobile, and Verizon Wireless. The pre-orders will start on Wednesday.

The ones looking for an exciting transformation over the Note 5 might be disappointed, but at this early stage, we find Note 7’s specifications rather impressive. What do you think about the Samsung Galaxy Note 7? Share your view through the comment section below.