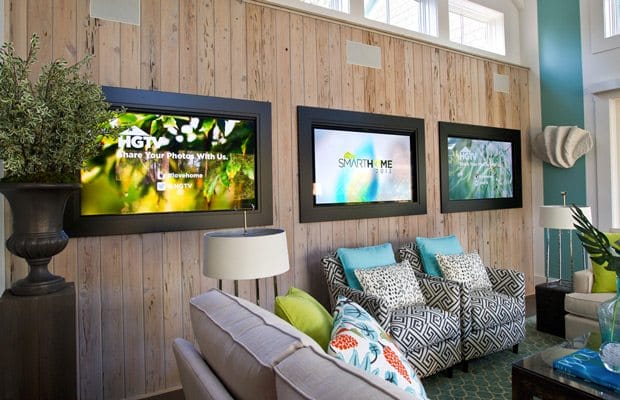 Why after Smartphones and Smart Watches, Smart Homes WON’T be Next

When your phone is part camera and your watch is part phone, it’s clear that we’re increasingly blurring the distinctions between the “smart” devices we use, spurred on by the premise of on-demand convenience and leisure. The next logical step would be for everything to be interconnected. You can monitor your oven through your watch and shut it off remotely, or time your arrival so your TV turns on the moment you open your front door – via your smartphone; you don’t even need to touch the doorknob.

This is the foundations of the “smart home,” which companies like Google, Microsoft, and Apple, are eyeing as the next big consumer technology rush. Only the consumers themselves are in no rush to see this become reality.

Consumer electronics are inundated with everything “smart” nowadays. The smartphone market isn’t slowing down, showing a 28.6% growth spurt in the first quarter of 2014. Your Facebook feed is still probably filled with iPhone 6 news, articles, and even memes.

Smartwatches are smoking hot currently, with experts figuring that in the near future, about one in every 20 smartphones will become paired with smart watches in some way. All the news you see about smart watches today won’t even be able to compare to how much we talk about it when there are 91 million smart watches come 2018.

The success of these smart devices, however, doesn’t catch on as quickly when it comes to the concept of smart homes, or more generally, the Internet of things (IoT) – a concept where everyday appliances are interconnected the same way we are all connected in the Internet.

The IoT phenomenon is still in its infancy; chances are this is the first time you’ve read about it. The big movers and shakers in the tech industry are investing in it, however, and figuring out where to take it next.

Their problem is you.

You – the consumer – aren’t buying it (pun intended). Smart homes need to be more than smart; they need to be practical. They need to “offer people something new,” Panasonic’s Head of European Business Lauren Abadie tells the New York Times’ Bits. She presented a compelling example: “If it’s just connecting a device so that you can check your fridge’s temperature on a smartphone, nobody cares.”

And really, you can ask yourself right now and you’d come up with the same answer: you probably wouldn’t care. While it’s really cool if your appliances can communicate with each other, consumers don’t really give a hoot.

The same NYT Bits article explains how tech giants like Philips and Samsung and of course Apple, Google, and Microsoft are trying to position themselves in the upcoming IoT race, and while they’re at it, they’re also trying to figure out how to start the race to begin with – trying to get you to care about IoT and the advent of the Smart Home.

An Apparent Lack of “Why”

Experts point to a number of reasons why the smart home isn’t catching on – too complicated and fragmented methods of interaction and communication, too expensive, too much competition with low demand. But really, all it takes is one expert: the consumer.

All it takes is to show consumers why they should care. The success of smartphones and smart watches is borne from a consumer need – they solved problems, and the smart home is still looking for a problem to solve. Perhaps the interconnected smart home will find some solutions to problems consumers didn’t even know they had, the same way many technologies today have done.

Until then, however, the brands will continue to scurry about finding a way to fill the apparent lack of “why” that springs consumers to action. Until then, you could see how cool a smart home can be, but you wouldn’t really want to live in one.

Change your LG, HTC or Samsung emoji to the original Google ones