You are here: Home / Android / Sony patents contact lenses that can capture photos with the blink of an eye

Sony wants to change the way we look at contact lenses. The company has filed a patent for smart contact lenses, which will capture photos in a blink. This patent brings Sony to the list of eyewear tech, which includes Google Glass.

A website, Sony Alpha Rumors, described it as contact lenses that will capture images and videos. The lenses will also be equipped to transfer the data wirelessly to devices such as smartphones, tablets, and PCs. The technology of capturing a photo with a blink of an eye will be enabled via a light sensor on the lens that responds to eyelid movement. 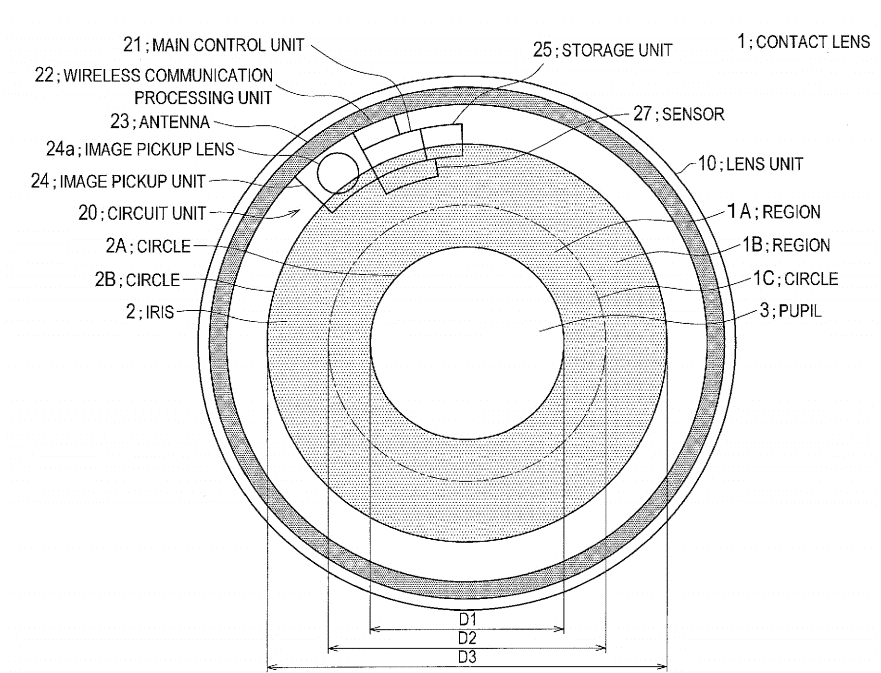 Further details about the patent reveal that these lenses will also have an ability to focus, zoom, change aperture, and much more. It means that these lenses will be well-equipped with features, just like any camera. A sample design of Sony’s smart contact lenses shows various elements of the image-capturing lenses. Not just that, these lenses are also expected to come with a display to view the captured images. Sony explains the technique to communicate with the lenses via smartphone, switching them on and off.

One of the points in the patent reads,”In the case where the user presses an end of his/her eyelid in a state in which the eyelid is closed, such press is sensed by the piezoelectric [pressure] sensor, and thus the switch can be turned on,”

These lenses won’t be up for trial until the next couple of years. However, the patent does get us excited about the future of photography and smart eyewear.