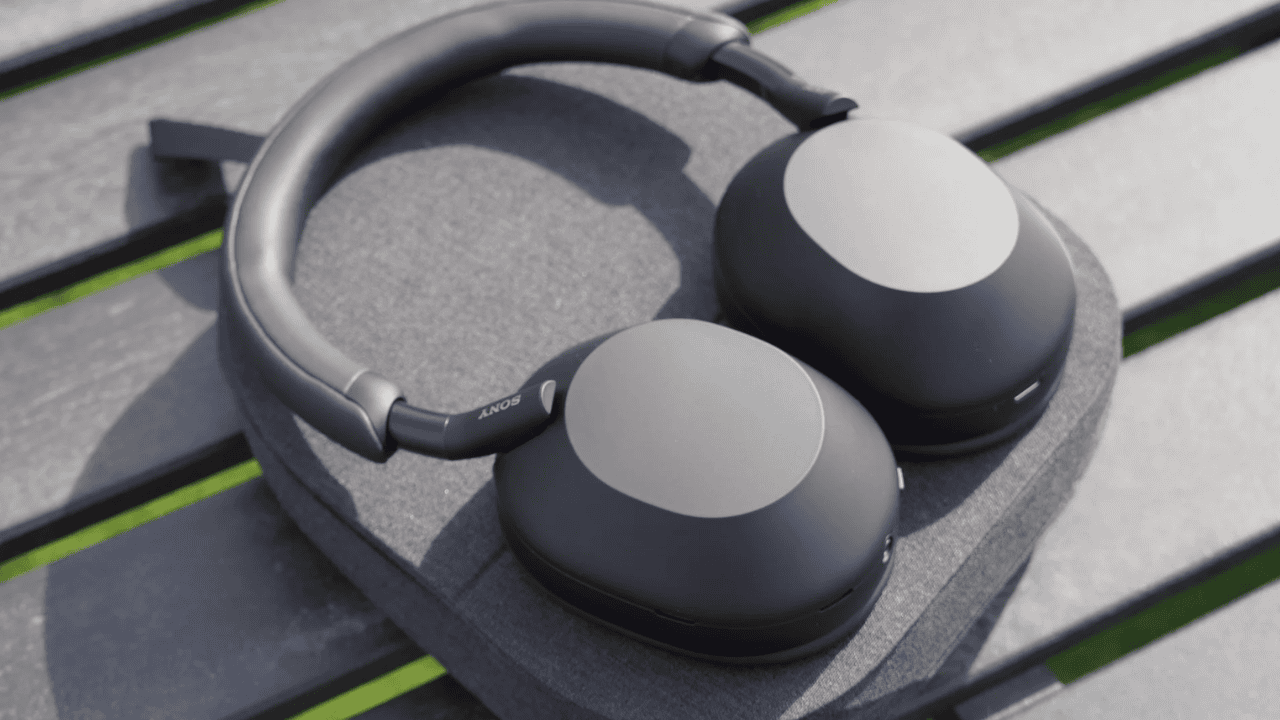 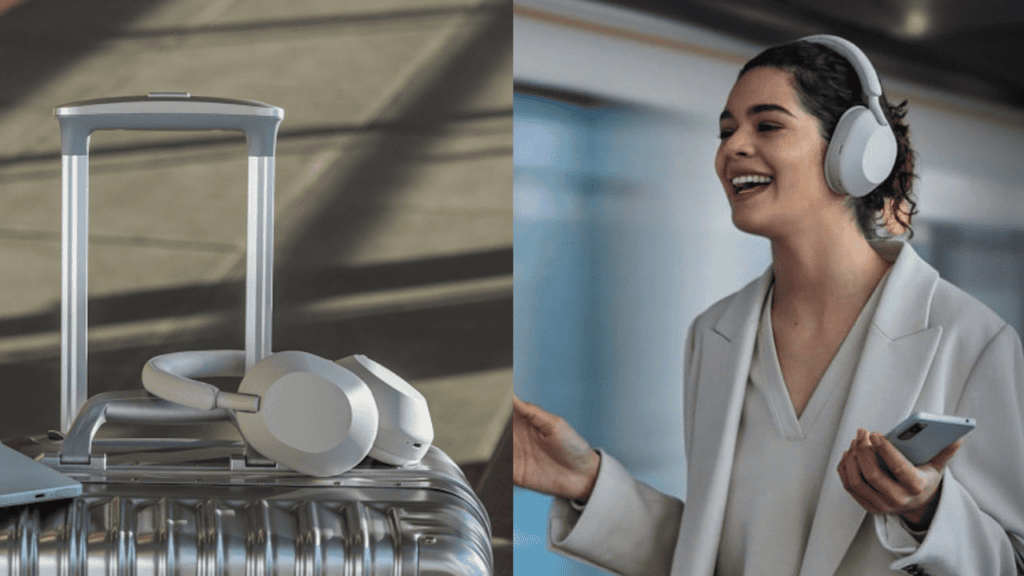 A lot of features are included in the WH-1000XM5, yet Sony still gets most of the basics correct. The WH-1000XM5 are ambitious headphones, but they have a few flaws. Other features that have proven popular on other headsets, like as Android’s Find My Device compatibility and Fast Pair, are targeted by these cans.

The portion that comes into touch with your head is covered with a soft coating and vegan leatherette, which provides enough friction but is gentle enough to not be a problem. The padding on the Sony WH-1000XM5 headset is deep and wide enough to fit larger ears, unlike the earlier WH-1000X headsets, which were uncomfortable for those with larger ears.

Although the WH-1000XM5’s 250g weight isn’t exactly light, the padding on the headband helps to keep your head from feeling too much pressure from the headphones. Unlike Sony’s previous wireless headphones, the headband uses a friction rod design similar to Grado Labs SR60x. Even while this isn’t a significant concern, it means that there is no setting you can merely remember to fit: you have to modify on the fly.

Your headphones may start doing things you didn’t even know they were capable of once you’ve used them for a long. When you remove the headphones from your head, the ear sensor does a decent job of stopping the audio. Comforts like cupping your hand over the right-ear cup of the headset to allow ambient noise to filter through are also back. Keep the cans on as someone spills something on your desk, rather than having to remove them and reapply them a hundred times as they stop and start talking.

The Sony WH-1000XM5 has a capacitive touch panel on the right ear cup that serves as the main control for the headset. As detailed below, all of the traditional motions make a comeback.

A power button and an ANC mode button can be found on the left ear cup of the WH-1000XM5. When you press and hold the power button for three seconds, the headphones will come on and go into pairing mode. From there, you can pair with your phone as usual or with your PC by following the steps outlined above.

The ANC mode can be changed by pressing the NC/AMB button. For those who prefer to be able to hear what’s going on around them, there is an option for ambient sound mode, which pipes in outside audio recorded by the microphone array.

How do you connect it to a computer

The WH-1000XM5 can be connected to your source device wirelessly or via a 3.5mm cable, just like many other Bluetooth headphones. The ANC feature can be turned on or off in the headphones if you’re listening through a wired connection (although they will sound quite a bit different in passive mode). The headphones may be charged via a USB-C connector on the right ear. You can’t use this connection for wired digital audio listening, which is a bit of a bummer.

Get the Sony Headphones Connect App (iOS/Android) for your phone if you want to get the most out of your headphones. ANC optimization, 360 Reality Audio, and a unique equaliser that saves the settings straight to the headset are all dependent on it, and it’s also the primary means by which you will receive updates for your headphones via Sony if you buy one. 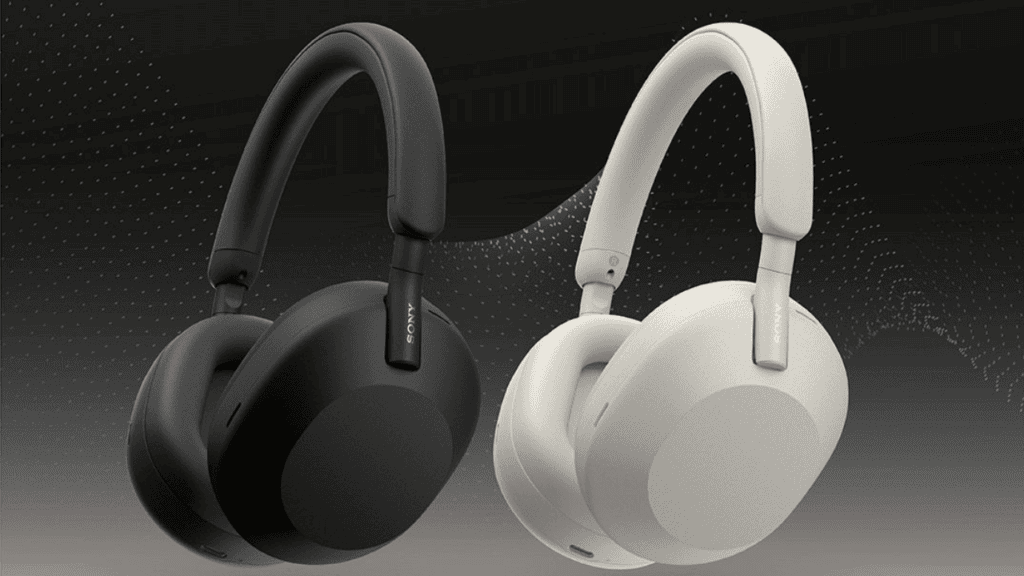 The Sony Headphones Connect app has a lot to offer, but it also has a few drawbacks. There are a lot of questions about what the company may and cannot do with the information you provide. Because of this, services like Google’s Fast Pair may make you uncomfortable because they necessitate a lot of data sharing. Transmitting audio device location information? How else are you going to use a “Find my headphones” feature if you don’t have this feature? Getting things right isn’t easy. In the same way, asking for images of your ears may seem intrusive, but the information is crucial for optimising the audio signal sent to your headphones so that you may experience 360-degree virtual reality audio.

How long does the Sony WH-1000XM5’s battery last

When using ANC, the WH-1000XM5’s battery lasted 31 hours, 53 minutes instead of the promised 30 hours, according to SoundGuys’ regular battery test. In the identical test settings, disabling ANC and re-running the test resulted in a battery life of 53 hours and 6 minutes, a substantial improvement.

An average week of commuting, or a long-haul journey, is a far way from this. In an emergency, three minutes of charging will provide 180 minutes of playback time. Direct analog playback is still possible, but USB-C cables are becoming more and more difficult to come by.

The Sony WH-1000XM5 is an ANC headset that, like most consumer models, boosts bass to the detriment of the middle. Although we’ve been accustomed to seeing this in headphones, it’s still noticeable when compared to more “high-end” headphones. Due to the overpowering volume of the highs and lows, the midrange may come across as muddy. If you don’t use equalisation, you may notice that stringed instruments, horns, woodwinds, and even higher-pitched vocals may sound muffled.

Once your ear gets used to the bass-heavy sound, switching to a more restrained equaliser will no longer sound as strange. In order to get the most out of the Headphones Connect app, we recommend that you experiment around with the various settings. “Clear bass” setting should be lowered at least 2 levels.

The highs, on the other hand, are a tad exaggerated in comparison to our goal curve. In spite of the chart’s appearance, the lack of mid-frequency focus means that items like cymbal shimmer, hi-hats, and snare attacks stand out in a mix because of the volume swing. This is especially noticeable on tracks that mainly rely on uncrowded mixes and a large amount of instrumentation, such as Anderson.Paak and Bruno Mars’ An Evening with Silk Sonic.

Even while some may find the bass and low-mids boost to be a little excessive, equalising it out is going to be a little difficult. Even if you don’t have the Sony Headphones Connect App or a third-party app like Wavelet, we have some recommended settings for you to experiment with (if you like how this works, please consider buying the pro version of the app).

Using the Sony Headphones Connect app, you can lower the “Clear Bass” setting by two notches. But you can also use the frequency sliders to mimic this curve. Wavelet is an Android app that may be used to play this text file. And see whether it sounds good to you. If you think we’ve missed the mark, have a look at the chart (or take a screenshot). To get an idea of how to modify the sliders in the Sony app. Using our target as a starting point. You can conduct your own experiments now! 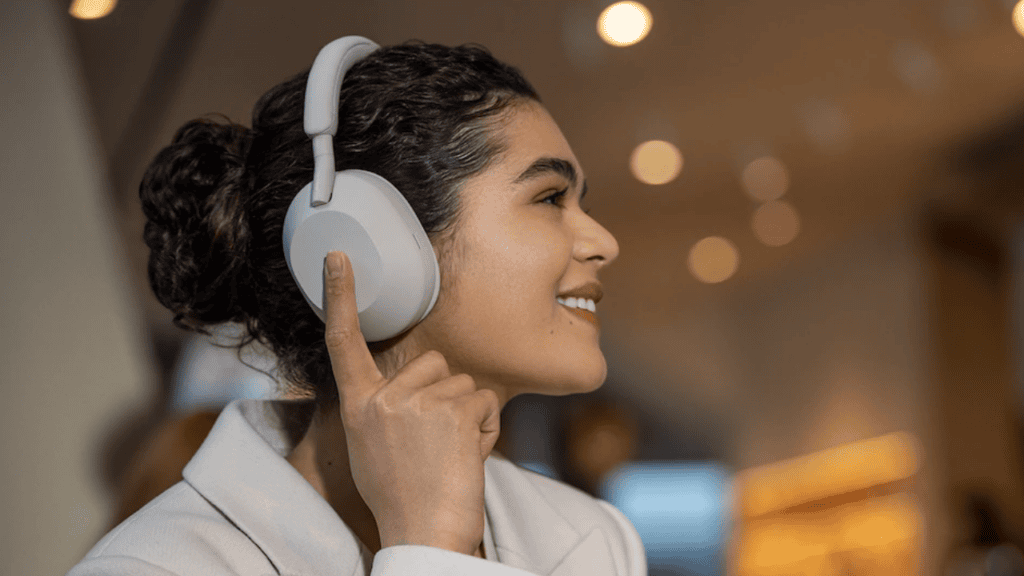 Noise-cancelling AI (I guess it’s machine learning) and eight microphones make the Sony WH-1000XM5’s call quality excellent. In a Zoom call or phone meeting. This is likely to be better than a dedicated condenser mic because of its superior sound quality.

You can hear the results of the array’s noise-cancelling abilities in the samples below. The test is automated, and each file is titled correctly. If you think we’ve mislabeled any of these.

In addition, the high-quality DAC and Amp section inside the headphones allowed them to create an amazing wireless headset. Clear and realistic sounding, the XM4’s audio output has warm midrange tones and a little exaggerated bass.

The Sony WH-1000XM4 is hands-down the best device we’ve tested for eliminating background noise. As a result of their lengthy battery life and superb ANC, these headphones are an excellent carryon option for flights.

Consider the Sony WH-1000XM4 for high-quality headphones if you have the money but don’t want studio-quality headphones. In addition to offering excellent sound quality, these Bluetooth active noise cancelling (ANC). Headphones come with a lengthy list of innovative software features that raise their overall value and length of useful serviceability.

An algorithm that detects speech was also included in the headset’s 360 Reality Audio surround sound. Fast charging via USB Type-C provides up to 5 hours of music listening in only 10 minutes. And a long battery life of up to 30 hours.

IEC 60529 “Degrees of protection against incursion of water (IP Code)” specifies the water-resistance level of this headset. Which is similar to IPX4 in this case. You can’t use the headset in the water.

They don’t have any kind of sweat resistance