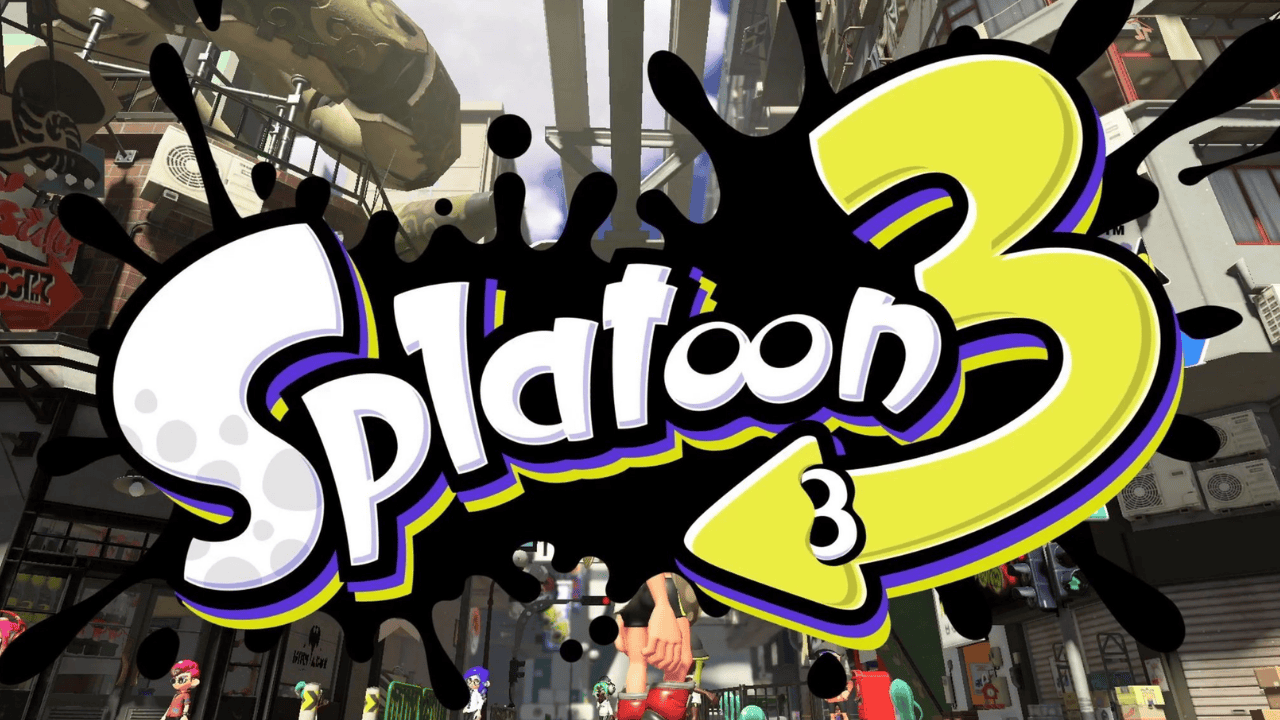 Splatoon 3 Special Edition will go on sale for $359.99 on August 26. The controller and carrying bag will be available on September 9, the same day the game itself goes on sale.

Despite months of speculation, Nintendo isn’t selling the “pro” version of the new Switch OLED. Splatoon 3 is the inspiration for this Switch OLED special edition. On August 26, Nintendo’s Switch OLED Splatoon 3 edition will go on sale for $360. (local taxes not included). There is no Splatoon 3 integrated in the system. 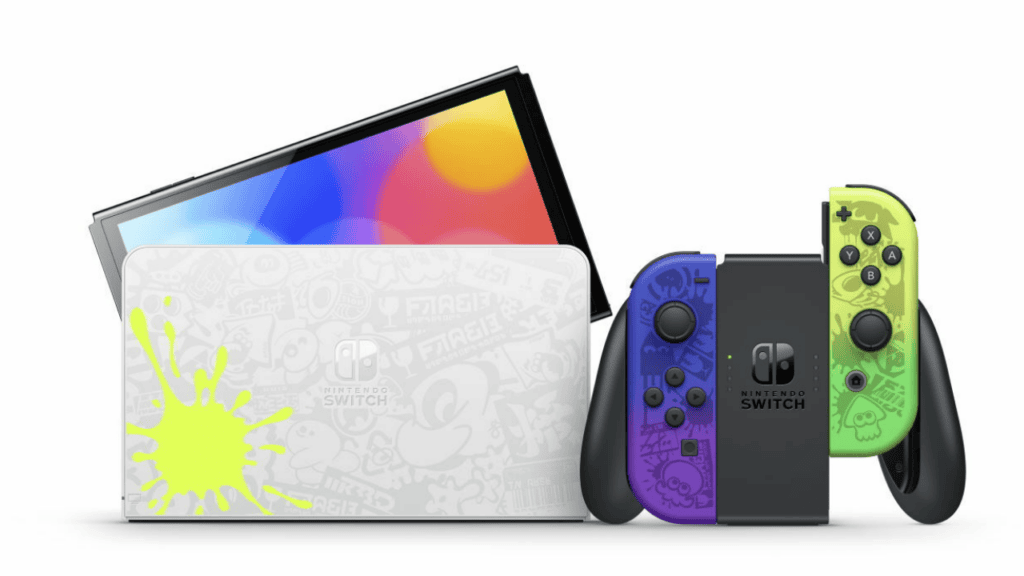 On the back of the new Splatoon 3-themed Switch OLED are images of squids from the game, and the joy-con controllers have a quirky aesthetic with white, slightly translucent sides—one purple/blue and one yellow/green. There is a splash of yellow paint on the dock, as well as a graffiti art dock covering the entire surface. Nintendo will also sell a Splatoon 3 Switch Pro controller ($75) and a Splatoon 3 Switch carrying bag ($25) in addition to the special edition Switch OLED. Both products will be available at the same time as the game in September.

Splatoon 3 will be released on September 9th:

According to the Japanese gaming giant. Salmon Run, a cooperative Horde mode, and a 4v4 multiplayer mode with new maps will be included in Nintendo’s third instalment of the renowned squid-kid shooting game. A single-player campaign is expected, but no confirmation has been made as of yet. The OLED version of the Switch was initially released by Nintendo in the summer of 2013. The OLED screen and redesigned kickstand give it a little edge over the original Switch. The Nintendo Switch, which debuted in 2017, is still the best-selling video game console in the world. Despite months of Switch Pro rumours, Nintendo has yet to announce whether or not it intends to release a more powerful model of the hybrid platform.

On August 26, Nintendo will release the first limited-edition Switch OLED. But it isn’t a Switch Pro, so it’ll do fine. On August 26, Nintendo is launching a Splatoon 3-themed Switch OLED, just in time for the game’s September release. For $360, it’s a good opportunity to upgrade if you haven’t already done so, provided you can get your hands on one. The back of the Splatoon 3 Switch special edition contains squid-themed imagery, and the Joy-Con controllers have their own bright game art and white underbellies, one purple/blue and one yellow/green. It also features a graffiti art dock with more softly traced art and a single splash of yellow paint at the bottom. Though they could have gone all out with the squid theme, the main unit and dock’s monochrome design truly brings out the Joy-Cons. If only they were available for purchase separately. 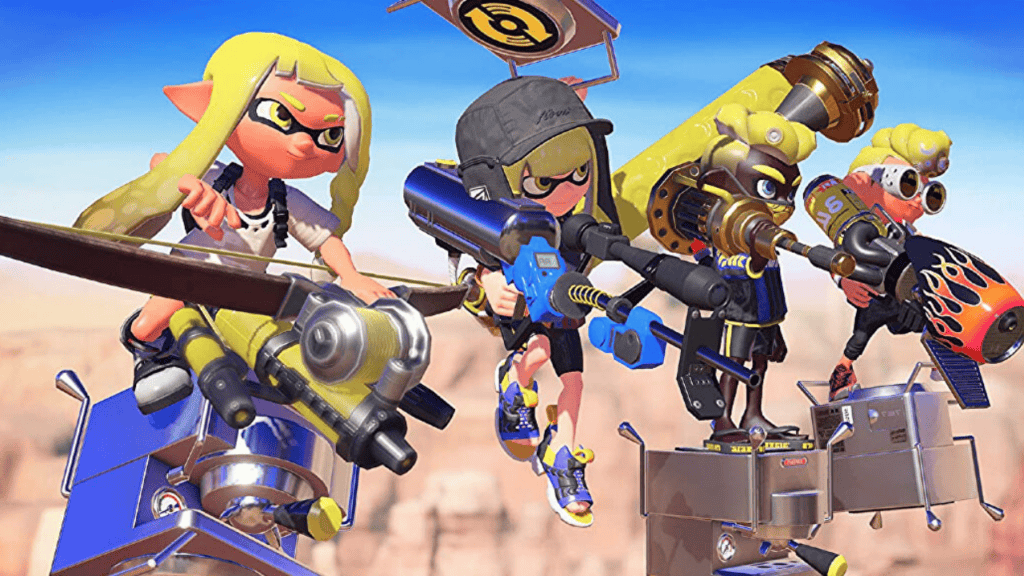 The Switch Pro Controller ($75) and carrying case ($25) designed after Splatoon 3 will be available on September 9th, along with the game itself. But the overall package is an aesthetic improvement over the previous Splatoon Bundle, which I still prefer.

After months of speculation:

Nintendo finally announced the OLED version of the Switch Pro last year. In spite of the internet’s displeasure, I purchased one on its autumn launch and was instantly swayed. When playing handheld games like Xenoblade Chronicles, I’m constantly impressed at how gorgeous they seem with deeper, more vibrant colours because of the somewhat larger screen size.

The good news is that, despite continued shortages of component parts, it appears that Switch OLEDs are simpler to find these days (at the time of writing both are currently in stock at several retailers). Splatoon 3’s special edition version will have to wait and see. Ebay scalpers are still trying to get their hands on pre-release Xenoblade Chronicles 3 collectible edition pre-orders that recently crashed Nintendo’s website.

Q1: When will Splatoon 3 be released?

On September 9, 2022, Splatoon 3 will be released for the Nintendo Switch. In the video above, Nintendo reveals the first seasonal slot, which is only dedicated to the return of Salmon Run (more on that in a second).

Q3: What can we expect in Splatoon 3?

Korean and Chinese localizations of Splatoon 3 have been announced. More information about Splatoon 3 was released in a Nintendo Direct on September 24, 2021, including new weaponry, stages and music as well as the announcement of Return of the Mammalians, a single-player mode.

Q4: Is there going to be another Splatoon game?

Q5: Will there be amiibo in Splatoon 3?

It is highly likely that Splatoon 3 will follow in the footsteps of the prior two games, which included a large number of amiibo packs. Inklings, idols, and octolings are all available as amiibo in both Splatoon and Splatoon 2.

Q6: What is Splatoon?

DJ Octavio’s best-known line of wisdom. He appears in Splatoon 2, as well as its DLC story Splatoon 2: Octo Expansion, as an antagonist. DJ Octavio serves as the series’ major antagonist and series’ final boss in Splatoon and Splatoon 2. His position in Splatoon 3 has not yet been revealed, but he is expected to return.

Q7: Will Octolings appear in Splatoon 3?

The four new haircuts for Splatoon 3’s Octolings may be seen below. It wasn’t just haircuts for the Inkling and Octoling characters that were shown off at the Splatoon 3 press event. In June 2022, Nintendo released screenshots of four distinct pants options that players might choose from.