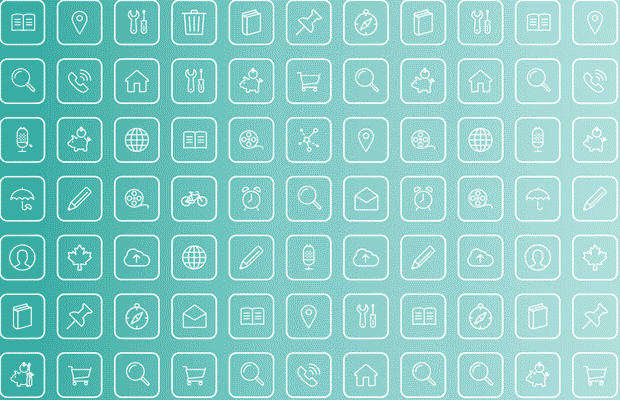 I’m an Android fanboy. I like the OS, the tons of possibilities to customize my Android device(s) and the variety of devices available. But when talking to iPhone or iPad users, I often have to deal with misconceptions. Android is slow, there are no apps available and – my favourite – “Android” (because Android is the manufacturer) steals all its ideas from Apple. You might be familiar with similar discussions.

Well, here’s something new: A recent study found that iOS apps crash more than Android ones. In fact, they are about twice as likely to crash on an iOS 7.1 device as they are on an Android phone or tablet running KitKat, Ice Cream Sandwich or Jelly Bean. 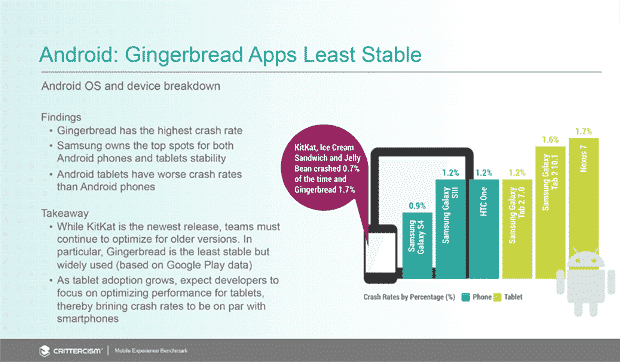 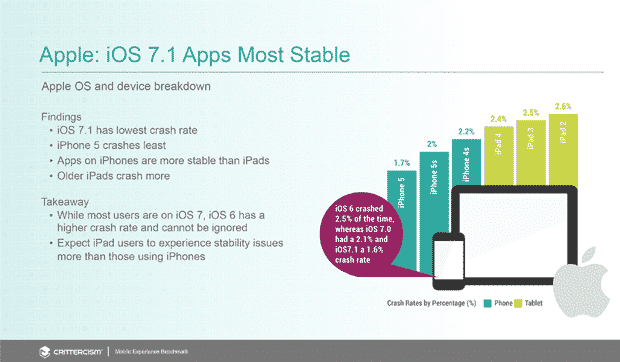 I don’t mean to bash iOS or Apple fanboys. I mean, the differences are rather small and – honestly speaking – apps shouldn’t crash at all. I just thought that it was nice to see that Android shines in this category compared to iOS.