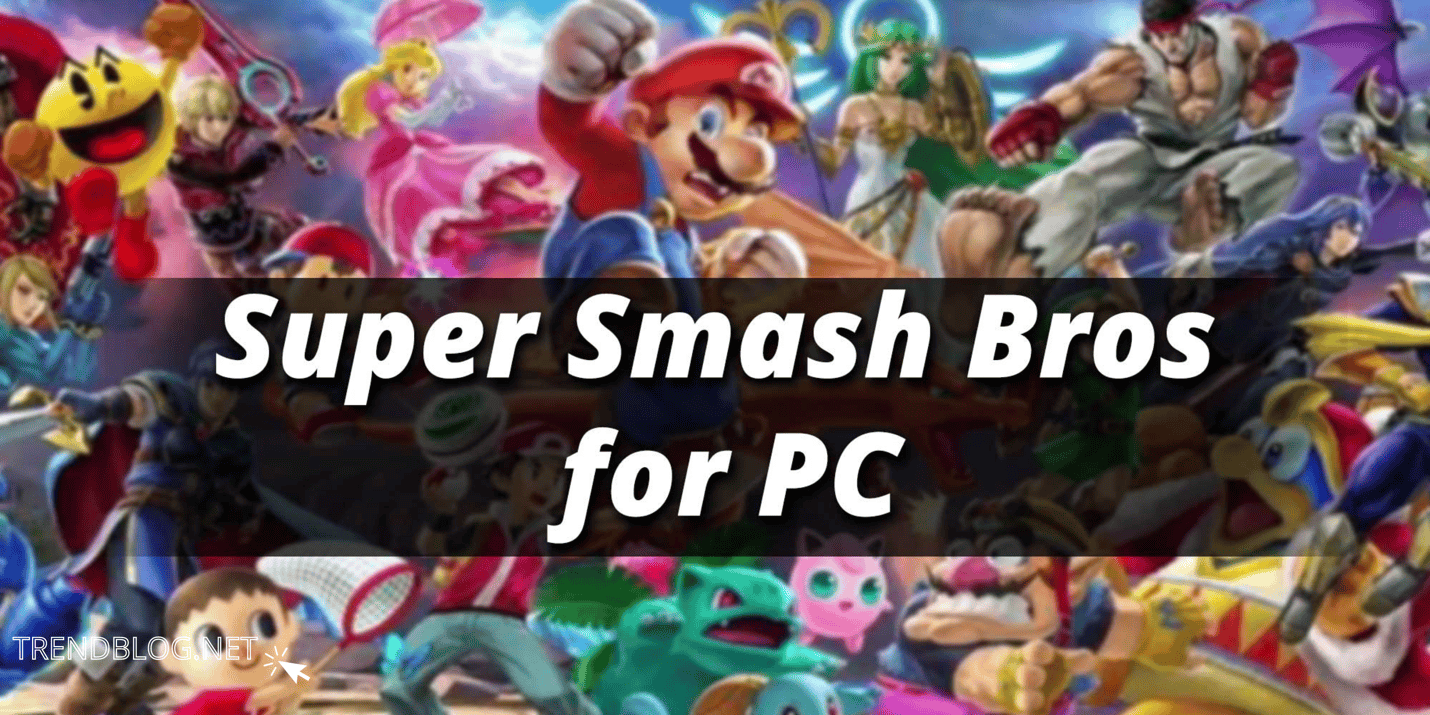 Nintendo’s Super Smash Bros. series is a collection of fighting video games that combine characters from a variety of their brands. Every game in the series has been helmed by Masahiro Sakurai, the series’ creator and creator-director.

Instead, then depleting health bars as in conventional fights, the goal of this game is to knock your opponents off the stage. The first Super Smash Bros. game appeared on the Nintendo 64 in 1999. Super Smash Bros. Melee, launched in 2001 for the GameCube and quickly becoming the system’s top seller, helped the franchise even more.

Super Smash Bros. Brawl, the third instalment, was launched for the Wii in 2008. When it came to developing the third game, HAL Laboratory worked with many other firms to ensure success.

To conclude the series, Super Smash Bros. for Nintendo 3DS and Wii U hit store shelves in 2014. It was the first time a Nintendo game was released on a portable system with the 3DS. Super Smash Bros. Ultimate, the latest instalment, was launched for the Nintendo Switch in 2018.

Super Mario, Donkey Kong, The Legend of Zelda, Metroid, and Star Fox are among the many famous Nintendo titles represented in the show. There were originally 12 playable characters in the first Super Smash Bros., but the list grew with each subsequent game and eventually included third-party characters, with Ultimate featuring every character ever playable in the series.

Some characters have the ability to change into several forms, each with their own playstyle and repertoire of techniques. The series’ multiplayer elements have garnered high acclaim from reviewers, resulting in a thriving competitive community that has been shown in a number of gaming competitions. 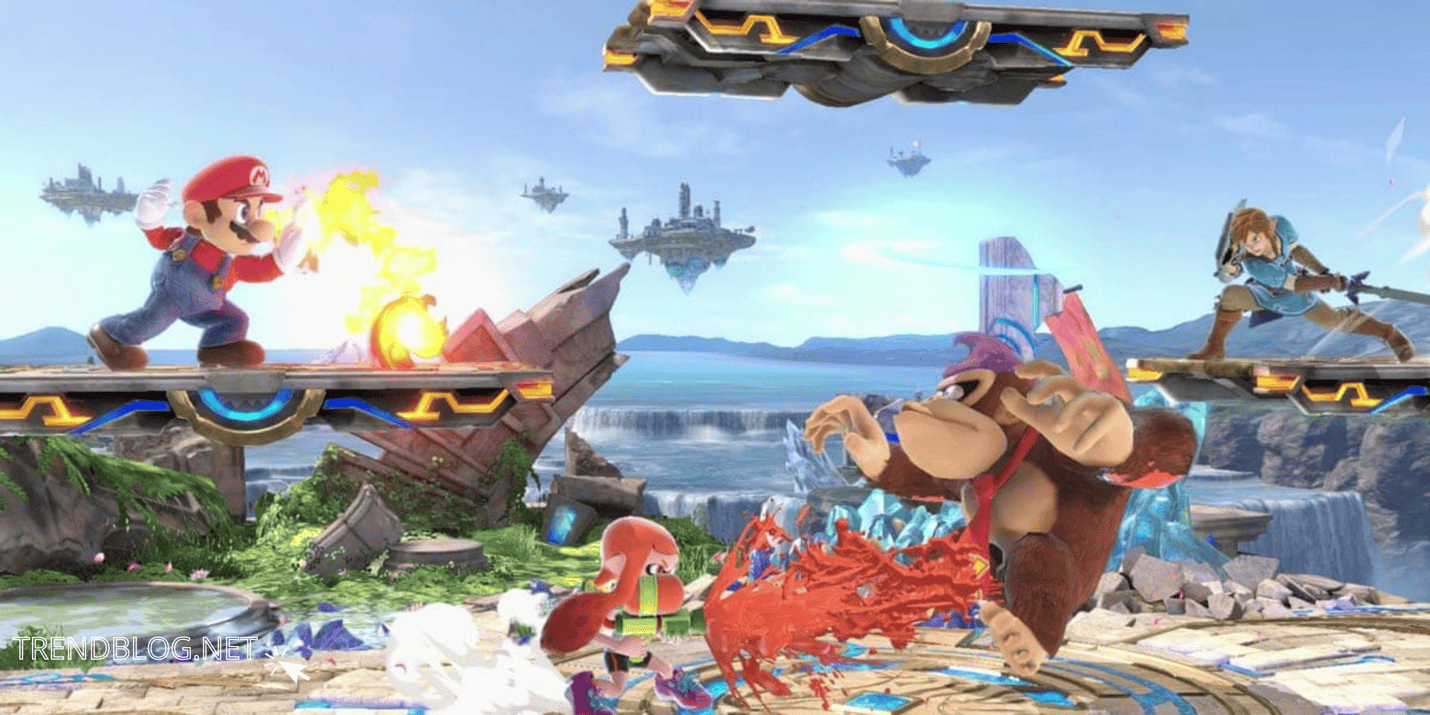 BDoS Gaming recently posted a video demonstrating how the newest game in the popular series performs on a PC. Although it isn’t at its peak performance yet, it is adequate for 2-player games. The emulator is far from flawless, so don’t anticipate a faultless experience just yet. However, given how hard the development team is working on the emulator, it is very likely that any remaining bugs will be solved soon.

New DLC fighters are on the way for Super Smash Bros. Ultimate. Most likely because the COVID-19 epidemic, which is causing most gaming companies to work from home because of it, Nintendo announced last week that their next character would be an ARMS fighter.

Five DLC characters were featured in the inaugural Super Smash Bros. Ultimate Fighters Pass: Persona 5’s Joker, Dragon Quest’s Hero, Banjo & Kazooie, Terry Bogard from Fatal Fury, and Fire Emblem: Three Houses’ Byleth. There are no other characters like them anywhere else in the series, and they all have their own special abilities. 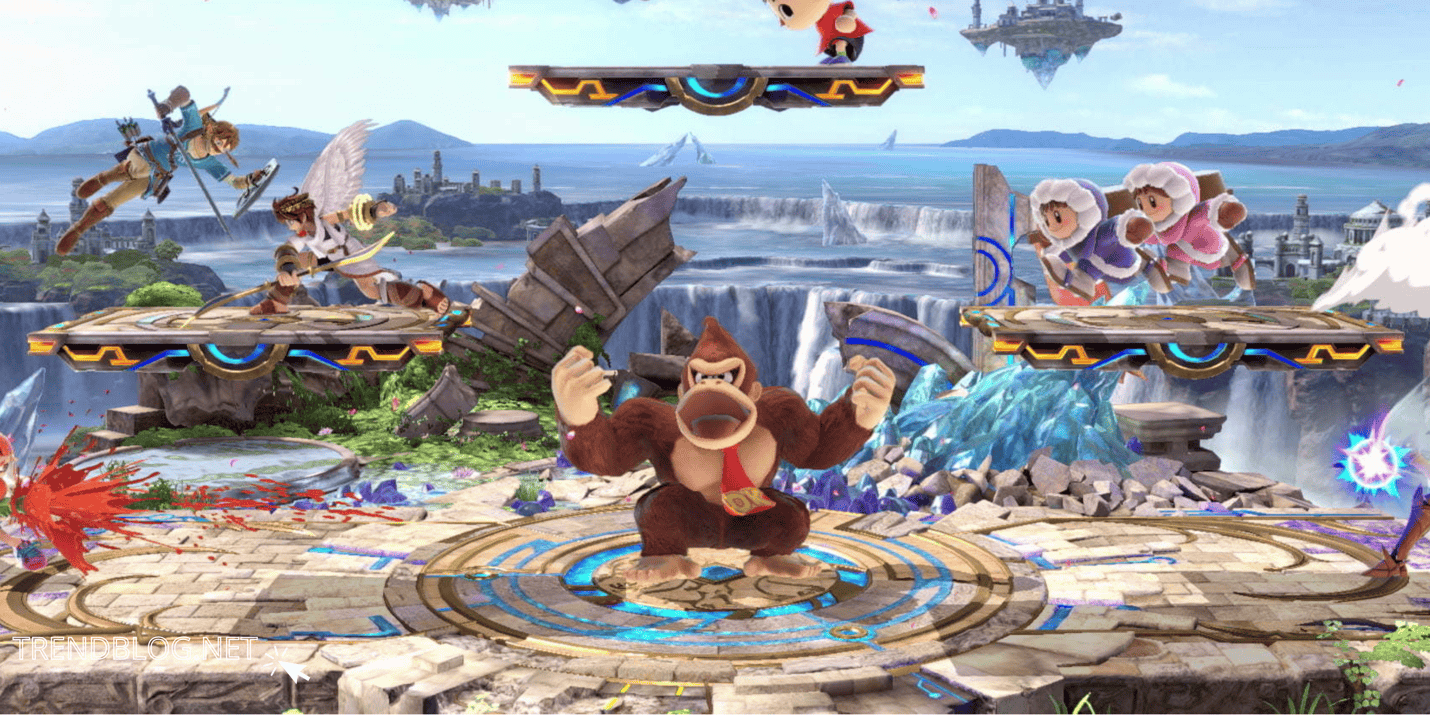 There are few better Nintendo Switch exclusives than Super Smash Bros. Ultimate, due to its gameplay fundamentals and massive quantity of content.

Regular updates keep the emulator up to date, and it works with a wide range of Nintendo Switch games. Other Nintendo emulators like Dolphin emulator and N64 may be used to play earlier Smash Bros. games on your PC. 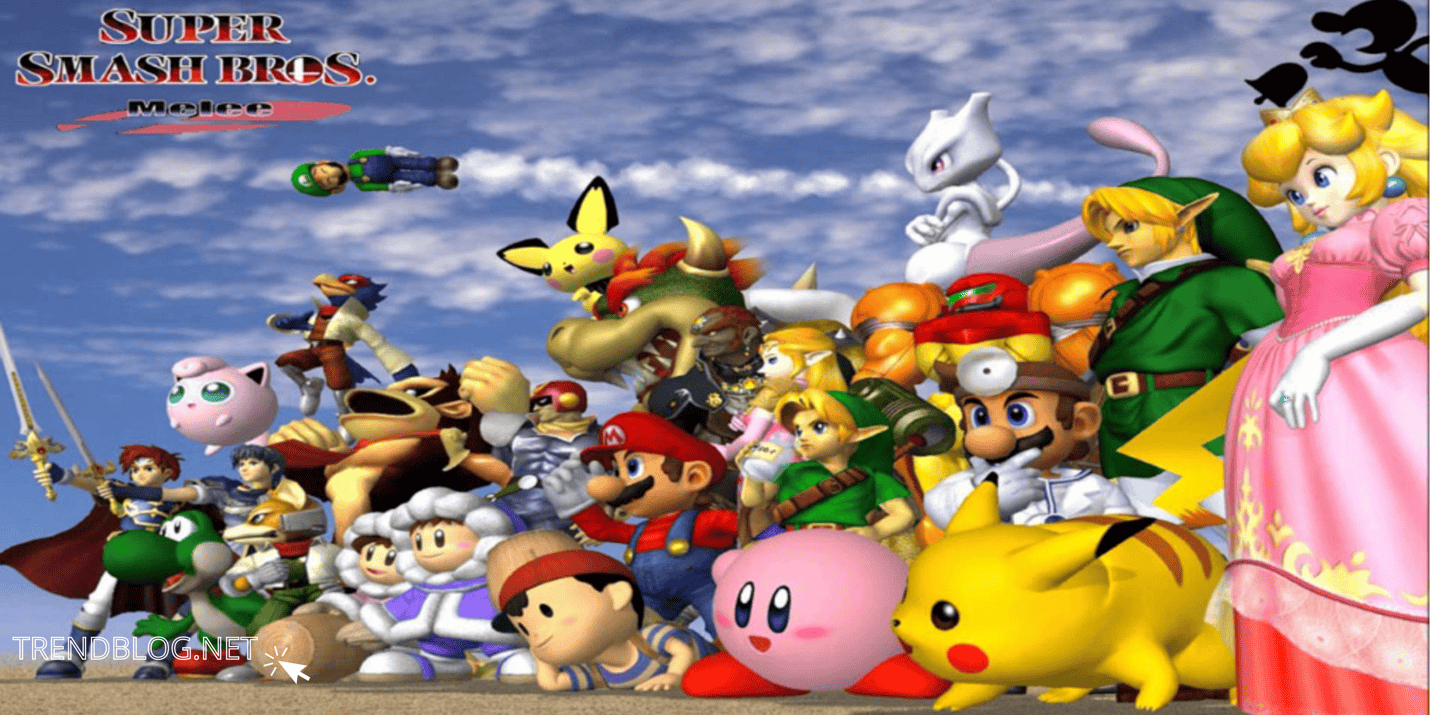 Additionally, if you run into any problems during the installation process, go to the Yuzu emulator’s Quickstart Guide. Super Smash Bros. Ultimate must be legally purchased in order to be played. To accomplish this, you’ll have to remove your Nintendo Switch games from your computer.

Wil saw a massive Super Smash Bros tournament in progress while in Japan for Nintendo’s Spaceward event. Consequently, we found that Kirby is favoured by specialists due to his unique ability to absorb the skills of his opponents, essentially combining 12 different characters into one. A powerful special attack, his ‘Kirby Strike’ (Up+B), may send even the heaviest DK flying. In other words, if you want an easy win, wear pink.

In one player, you’ll find all the typical suspects, but you’ll also find a surprising number of characters you won’t find anywhere else, including the 30-strong Dummy Team of bright purple robots. The last boss fight pits you against a gigantic glove that, as you would expect, has a pretty powerful punch.

Nintendo has added a training option for the game’s more difficult manoeuvres since there are many of them.

The venue, game pace, item appearance (if any), and the artificial intelligence (AI) of your dummy opponent are all variables you may tweak.

You may unlock all four of Smash Bros.’s hidden characters by beating the game with a particular character or within a set time limit. The silhouettes on the title screen provide a clue as to who they are, but one of them is so obscure that we had to consult Wil to find out where he came from. 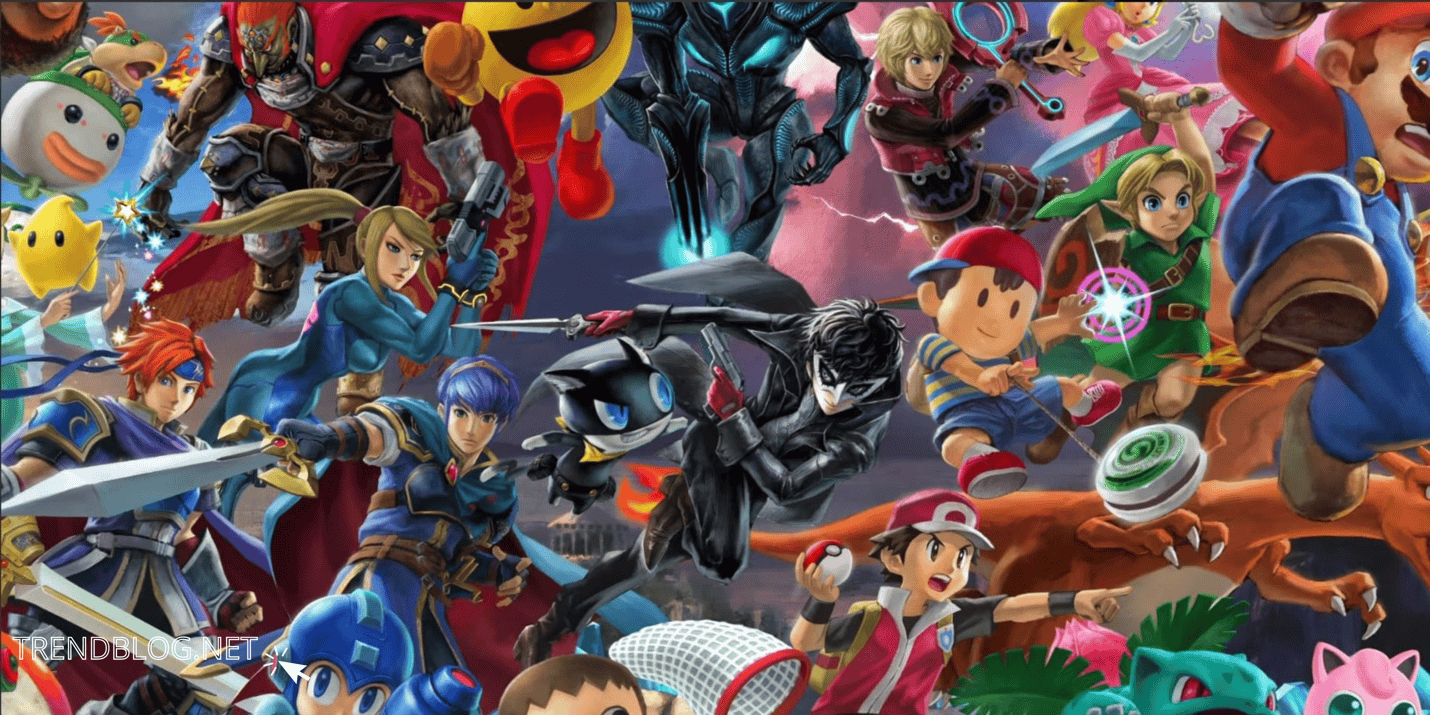 By selecting the tiny yellow icons on the character pick screen, you may take on up to three different CPU fighters at once, and even create teams of two or three for a frantic game of team fighting if you’re playing alone.

According to Bedford’s Matthew Sexton, who wrote in the Mailbox in N64/34 with his theory. Due to Pokemon’s Octobe debut on the Game Boy, Nintendo wanted to give Europeans some time to get accustomed to Pikachu and pals before they appeared in Smash Bros. In the PAL region, thus the game was delayed. Also, thanks to the great Pokeball power-up, you’ll encounter a slew of Pocket Monsters, like Meowth, Snorlax, Butterfree, Beedril, Chansey, and a whole host of others.

Super Mario, Donkey Kong, The Legend of Zelda, Metroid, and Star Fox are among the many famous Nintendo titles represented in the show. There were originally 12 playable characters in the first Super Smash Bros., but the list grew with each subsequent game and eventually included third-party characters, with Ultimate featuring every character ever playable in the series.

Players may change their favourite characters into various playstyles and move sets by using the Transform ability. The series’ multiplayer elements have garnered high acclaim from reviewers, resulting in a thriving competitive community that has been shown in a number of gaming competitions.