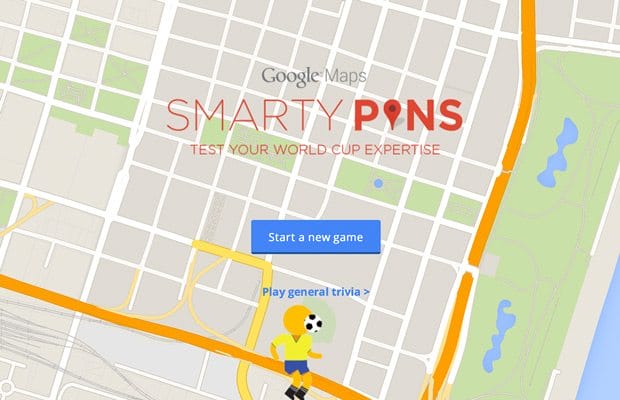 So the most interesting part of the World Cup has begun – the K.O. rounds. Every mistake on the field could mean the end of the tournament. The more intense and interesting the games get, the more people start acting as if they should be the referee on the field. It’s like a universal rule that normal viewers always see and know better.

Are you one of those guys? Or are you trying to become one? Well, if you think so, you shouldn’t only know the rules on the field but also everything there is to know about the World Cup. For example, do you have any idea which city’s clubs make up more of England’s 2014 World Cup squad than any other city? I don’t know about you, but I didn’t.

Google Maps launched a nice little World Cup trivia game to test your expert knowledge. Many different questions ask you about specific locations which you have to pin down as accurate as possible. After you successfully answer a number of questions, the difficulty increases, so that even self-proclaimed experts begin to sweat.

It’s a really nice little game to play if you got some time to kill. Once you mastered all the questions, you can also try out the general trivia quiz. Enjoy the game and make sure to use your new knowledge during the next game to show your friends who’s the boss!

How to install multiple ROMs and Linux on Android using MultiROM