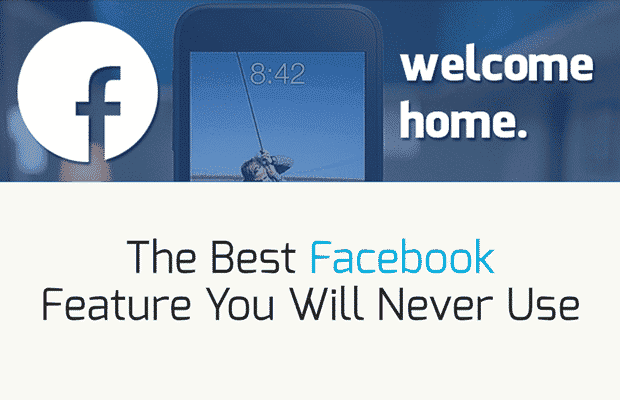 Home
Android
The Best Facebook Feature You Will Never Use

Facebook has just announced its next “big thing” – Facebook Home. This feature will turn your Android phone into a phone, which will be all about people. And all about Facebook.

You will be able to see what your friends and family share right on your home screen. Beautiful pictures and enhanced messaging features will make sure that you can communicate with anyone you want from anywhere you want in your phone.

As Mark Zuckerberg already stated in his presentation: Android is an open platform, which allows people and developers to customize all aspects of the system – from the design to the deepest software integrations. Android gives people the choice to make their phone look like they want it.

Facebook Home will make use of all the above. Except that it will take away the choice from its users.

I love the way my home screen looks. I have a nice digital clock, my most used apps and on the next few pages I have very useful widgets and other apps. With Facebook Home all of this would be gone.

The main selling point of Facebook Home is that “people love to share stories and stay connected”. No doubt, people love that. But how will people react to Facebook’s intrusive way of making you use it?

When I take out my phone out of the pocket I already know what I need. It’s either my email, calendar or even just to check the time (I don’t wear watches). So, what Facebook suggests – even if you want to do the most basic task like checking your email you have to go through Facebook. Wouldn’t that be kind of annoying?

What most people probably don’t realize is that the guys at Facebook care not only about the people, but also about the money.

Imagine if you were an advertiser. Wouldn’t it be great to push your persuasive message straight to your audience, guaranteed that it will be seen and with no way around it? Facebook Home can do exactly that. Unfortunately, Mark Zuckerberg and his colleagues didn’t address this in their presentation. And why would they?

Another thing that bugs me is HTC’s decision to build a phone around this whole Facebook Home thingy. Don’t people buy Android phones for the ability to customize everything or at least have the freedom to do so?

No doubt, Facebook Home looks great (on the pictures). And I would be glad to use it. But as an app or a lock screen widget.

Anyway, Facebook Home is just a launcher. Even if you will buy the HTC First for it’s hardware (which is unknown) you will be able to install any other launcher you want.

The launch date of Facebook Home is April 12th. It will be initially available on the following Android devices:

What do you think? Will you even consider using Facebook Home?