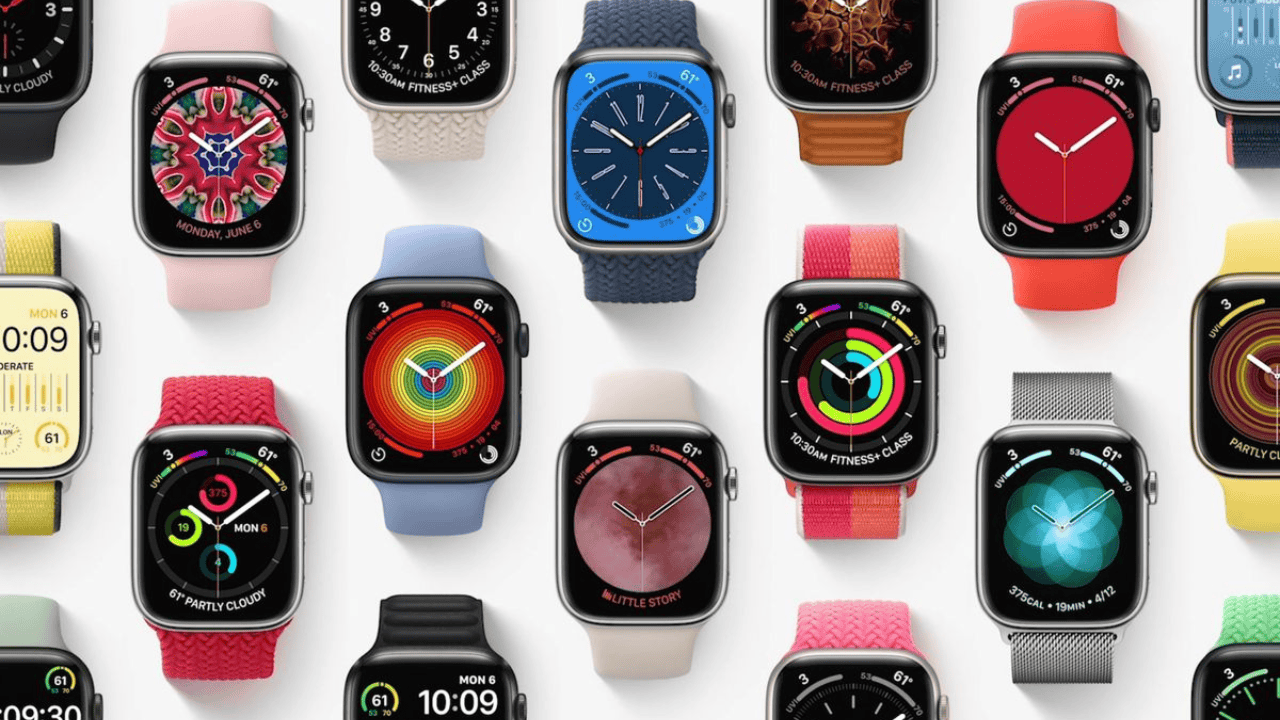 watch os9. The latest version of watchOS, the operating system for the Apple Watch, was unveiled during a keynote at Apple’s Worldwide Developers Conference.

An abnormal heartbeat known as arterial fibrillation (A-fib), which can lead to blood clots, strokes, heart failure, and other heart-related issues can be detected by the Apple Watch. “Burden,” or how often a person has A-fib over a specific period of time, has been added to watch OS 9 for Apple Watch models that support it.

This morning, the U.S. Food and Drug Administration gave Apple 501(k) status. There is no clinical trial data requirement for 501(k) approval.

For a better understanding of the intensity of a workout, supported Apple Watch models running watchOS 9 now display heart zones. 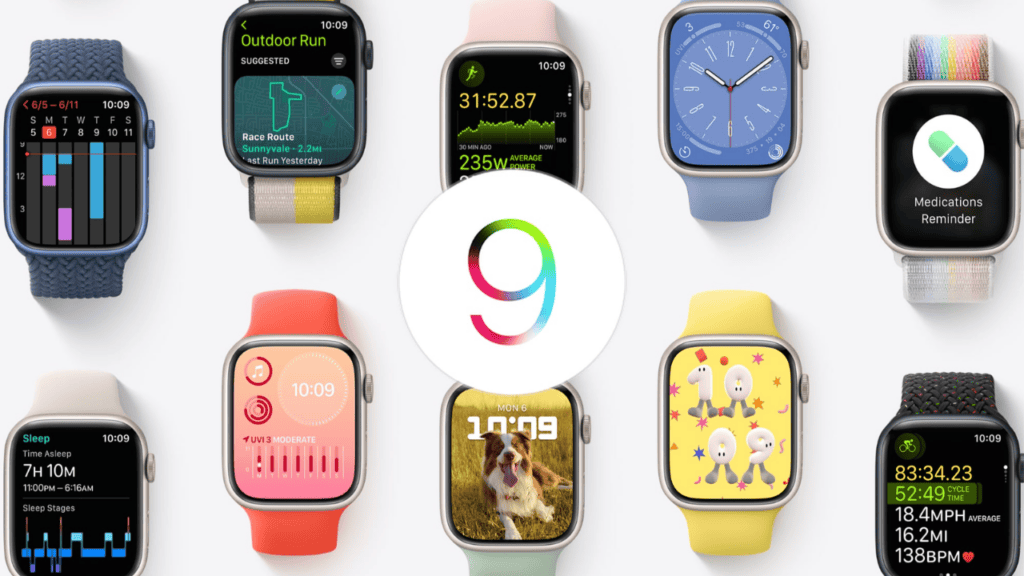 A haptic and voice-activated feedback system tells you when to change modes while working out.

Also in the realm of fitness, the watchOS 9 version adds new workout modes and “form metrics” for runners, such as stride length, ground contact time, and vertical oscillation, to the list of new watch face options. For triathletes, there’s a new form of workout that alternates between cycling, swimming, and running automatically. In addition, the Fitness mobile and Watch app on the Apple Watch may now display data from Meta’s Move fitness tracker for the Quest, for those who own a Meta Quest VR headset.

A new sleep-tracking component, which keeps track of REM, core, and deep sleep, has been added to the mix. WatchOS can now track prescriptions and tell wearers when they are due to be taken, as well.

In addition, watch OS 9 allows users to pin their favourite apps for quick access. Redesign of notifications has been completed. And the Siri UI has been reworked and simplified.

Additionally, Quick Actions, including gestures for answering or finishing a phone call, taking a photo, playing or pausing media in the Now Playing app, and beginning, paused or resumed a workout, have been added to the operating system.

Activated programmes now take precedence in the revamped dock, which has been reworked.

In addition to adding or editing dates and times, locations, tags and notes, the Reminders app now allows users to do so. Additionally, users can obtain a weekly calendar view in addition to list, day, and month views by creating their own calendar views.

Even if you don’t reach your maximum intensity during an outdoor walk, run, or hike, Apple Watch now displays estimates of “cardio recovery” in the Health app.

Third-party apps can now be built using new APIs that include support for CallKit and share sheets. Access to the Photos picker, and the ability to combine watchOS apps with Apple TV.

Using sensor fusion on the Apple Watch, a new stroke type called “kickboard detection” has been enabled to pool swim workouts. This feature classifies the user’s swimming style, distance swum, and stroke type all together in the workout summary.

Apple Fitness+ sessions now display on-screen instruction in addition to trainer coaching in watchOS 9 so that consumers can get the most out of their activities.

The first developer beta of watchOS 9 is already available, with a public beta scheduled for next month. It is compatible with Apple Watch Series 4 or later, iPhone 8 or later, and iPhone SE (second generation) or later, running iOS 16 or later. 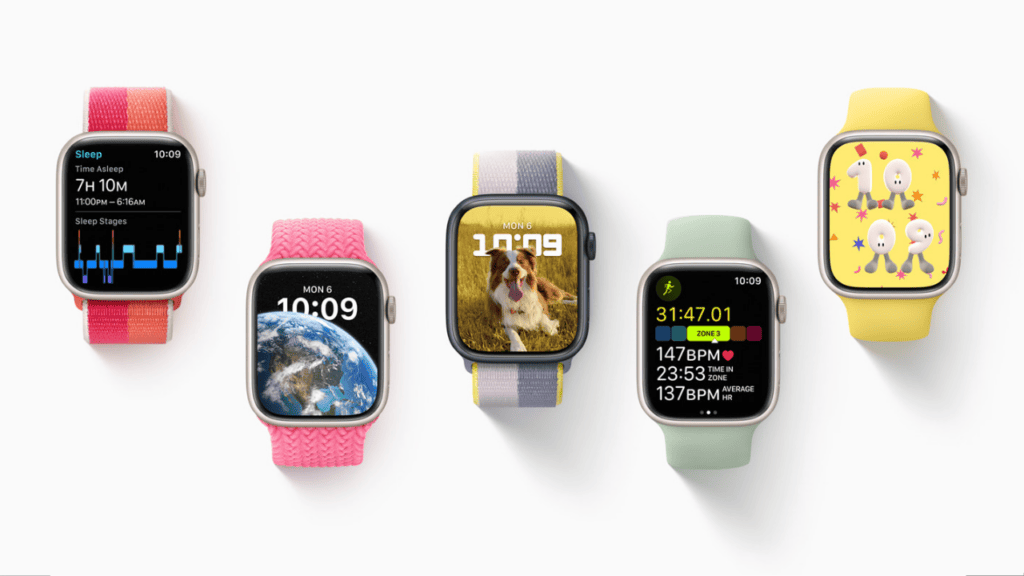 If Apple follows its usual release schedule, we can expect WatchOS 9 to be released in September. With the exception of 2021, Apple typically releases their new software with a new watch model.

This means that the Apple Watch SE will take over as Apple’s affordable wristwatch. Given watchOS 9 does not support the Series 3.

Q4: Will my Apple Watch Series 3 work with my new iPhone?

Q5: How far away from the iPhone can the Apple Watch 7 be?

Q6: Where can I get the tiniest Apple Watch?

The two sizes of each Apple Watch Series are interchangeable. Apple Watch 38mm is the tiniest model available. This dimension isn’t measured in width, but rather in the height of the display, unlike traditional timepieces. The Apple Watch 38mm is popular with ladies, but males can also benefit greatly from this model.