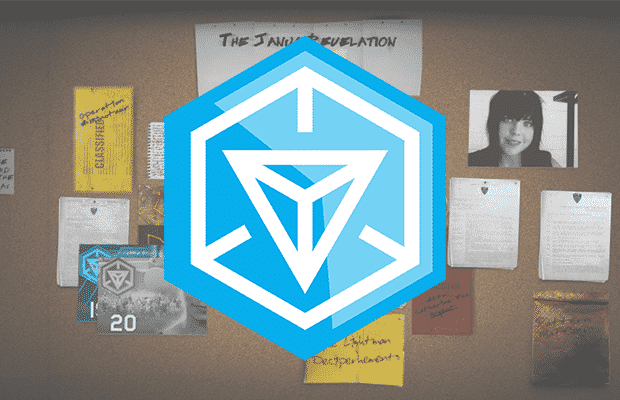 What Is Ingress And Why People Play It

Planet earth is under attack. An unknown force called “shaper” is trying to take over the human race and you have to decide whether to support or fight them. Sounds interesting? Well, welcome to Ingress.

Ingress is an augmented-reality massively multiplayer online video game (MMORPG) created by Niantic Labs, an internal Google startup. The game is exclusively available for Android devices, although an unofficial iOS port exist. But beware, using this unofficial port might get you banned!

I’ve been playing this game for a few weeks now and quite enjoy it. It’s not only playing the game, but also the community and lore built around it what makes it really fun.

Planet earth (yes, the real one) is a battlefield and two factions, namely the Enlightenment and the Resistance, are fighting to take control of so-called portals. These portals are only visible using the Ingress app (or website) and the competing factions are trying to capture them by placing virtual resonators. Portals can usually be found near cultural landmarks such as memorials, churches or touristic spots. To interact with them you actually have to be close to them in person.

Ingress players may submit new portal requests which are usually implemented or disapproved within two to four weeks. While playing the game, your character level increases and you get access to more powerful items, similar to most role-playing games.

If you want to have more information about Ingress in general, check out the Ingress agent field guide or this short introduction video:

If you want to play Ingress, you might request an invite on the Ingress website or ask us, maybe we have a few left for you.

Why Ingress Is Different From Other Games

Ingress might sound like “just another random new video game” for some of you, as it also includes a level system, collectible items and factions, but it’s actually pretty clever and different. Here’s why:

Players are forced to physically walk (or drive) to a portal to be able to interact with it. If you want to achieve something in Ingress, you have to do something besides sitting on a couch, pushing buttons on your gamepad. While playing Ingress you’ll meet new people, explore your surroundings and be active!

I know the concept is neither new, nor unique – but Niantic Labs is doing a great job entertaining its audience. Weekly video reports, new features and events make the Ingress story alive and real.

Real people are walking around the streets looking for portals. Some players take detours on their way home or to work to pass more of them. People team up, work together throughout different countries and it somehow feels like a MMORPG (Massively Multiplayer Online Role-Playing Game) became alive.

Ingress is in closed beta since November 2012 and the story has been developing since – influenced by what the factions are doing. Besides the official lore, user-generated content is quite popular and you’ll find tons of videos on YouTube.

I’ve been living in Istanbul for the past few months and it was really great to see how the local resistance (one of the factions) group invited me to hang out and farm (attacking and hacking several portals) – with them. Being a foreigner with barely any Turkish vocabulary, it felt really great to meet such open-minded gamers.

When you start playing the game, you always look at the things happening around it. It’s always possible that there is an enemy agent around who will (try to) protect or attack a portal. Gaming and the “real world” are mixed and it’s great fun!

Why Do People Play Ingress?

A few weeks ago, I asked people on Reddit why they are actually playing Ingress. People play it because it’s fun, they can socialize and get some exercise. Ingress agents also get to know their surroundings better. It turns out that playing Ingress can even help people dealing with depression.

Ingress is slowly changing my life for better. I’ve been struggling with depression over the course of past two years, keeping myself quiet at home whenever I could. While I’m now actively trying to patch up the huge scar this state has left on my life, Ingress gives me a good reason to go out and work on something with people I started to sympathise with, making new friends – even in the opposite fraction.

Of course, some people might say that there are other ways to exercise, meet new people or discover your city. But are they fun for everyone?

Yes, you might call Ingress players (or gamers in general) nerdy. But what about hardcore bodybuilders or party animals? Some might call them weird. It’s all about perspective, and if a game like Ingress can get people to go outside, exercise and have fun – why not?

Gamers are everywhere. Games like Ingress are a great example of mixing digital games with reality and people seem to enjoy it. Instead of sitting at home, you can now go out, meet people in person and discover what’s around you.

I’m curious to see what will happen in the future and how games will be integrated in our everyday life. I think that virtual worlds and games will somehow merge with reality even more – which is great!

Are you playing Ingress? Please share your experience or thoughts in the comments below!

13 thoughts on “What Is Ingress And Why People Play It”

You should not mention anything about an unofficial iOS port for Ingress as Niantic might ban the player from playing the game.
But overall a great article!!!

Thanks for mentioning it! I just added a comment to warn people from using it!

In fact, in recent weeks, Niantic HAS clobbered iOS users and zeroed their accounts back to the start as the penalty. Don’t use it.

HAH! Thought you were Resistance!

The world isn’t be ATTACKED nor is it being taken over by the shapers… no, no, humanity is being *assisted* by the shapers to achieve ever greater achievements and enlightenment. So when you have a go at the game select the green “Enlightened” team.

Planet earth is under attack. An unknown force called “shaper” is trying to take over the world and you have to decide whether to support or fight them.

This is soooo misleading…… where did you get it from?

Have to agree with the others here, you’ve either misunderstood the game, or you want everyone to be resistance.

Have to agree with the others here, you’ve either misunderstood the game, or you want any new player to be resistance.

We will protect mankind from the “Enlightened” we well stand up for our free will! #IngressResistance

“Vive la Resistance!” the French part of me says. I love the way how it got me to exercise while having fun at the same time. I hope it stays this way for a long time.

no shapers should be here