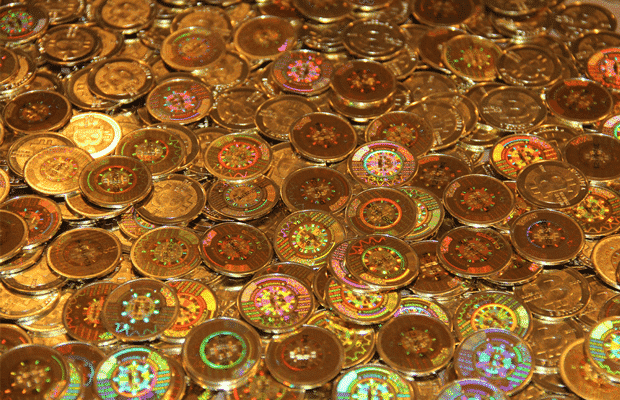 Where Do Bitcoins Come From?

This article is a guest post. The author’s views are completely his own. They may or may not reflect trendblog’s point of view.

You may have been hearing about Bitcoins in financial news outlets lately, especially with regard to the Silk Road bust, or the recent U.S. Senate hearing on digital currencies. You may have imagined that Bitcoin enthusiasts are a fringe group consisting of tech-savvy idealists, staunch anti-government libertarians, and the naive. Of course, stereotypes are often based in half-truths, and some of the details have been lost in the mix.

In a nutshell, Bitcoin is an international, open source, digital currency that is traded via online exchanges. These exchanges, such as Coinsetter, Mt. Gox, and Coinbase, already keep track of Bitcoin prices and trends. Some of them also offer online accounts, called “wallets,” which are secured with personalized addresses. Though the cryptocurrency is often referred to as a “replacement” for the dollar/yen/peso/etc., it still depends on them. True, Bitcoin’s value is determined by the free market, without intervention by the federal reserve. However, actual cash made off of the innovation is usually counted in fiat money.

Bitcoin’s liquidity is only impressive online, it seems, and–without the use of a mobile app–one will have a hard time actually paying in BTC. Germany has accepted it as legal tender, and its standing remains in limbo for many other countries. You may hear every now and then about certain restaurants that accept the form of currency, or an ATM machine that was developed by a couple of entrepreneurs, but much of society is only beginning to get acquainted with Bitcoin, and it’s shown in the short supply of such applications.

Which brings us to our titular question.

Mike Caldwell decided to please the old-fashioned among us by manufacturing batches of encrypted metal coins to represent Bitcoins. If you’ve ever seen those stock images of gold or silver coins with a giant “฿” on them, you can often trace them back to Caldwell’s business just outside of Salt Lake City. They are called Casascius coins, using an acronym for “call a spade a spade,” and, much like the currency’s overall concept, their acceptance is dependent on the faith of the public. Precious metals are used, as well as private keys and holograms for added security, in the production of the coins. Just the tangible nature of the product, however, may be enough for some people.

In April of 2013, Ron Paul (yes, that Ron Paul) said he wasn’t sure about Bitcoin, since he wanted something he could hold in his hands. This has been the common reception throughout the world, as many fail to trust something primarily built on digital transactions. Others just can’t keep up with its rapid success.

Caldwell posted a video on his official blog to respond to the congressman’s assertions, but Casascius must still face some issues of its own. In addition to ensuring user privacy, the effort to reconcile the coins’ inherent value with BTC’s currently volatile trading price is ongoing. Yet another dilemma is minting coins for the necessary amount of denominations. One Bitcoin can be divided into a Satoshi–eight decimal places, or one hundred millionth of a Bitcoin. Clearly, this creates some problems when, so far, the lowest denomination of Casascius products available is worth 0.5 BTC.

As one could imagine, any idea involving the decentralized, anonymously invented payment method will have numerous implications. The opportunities, however, could be boundless. After all, Bitcoins themselves began as a theory in an academic paper, and Casascius began as a novelty item to be sold to impulsive buyers.

In fact, It may be that the Bitcoin market works a lot like the free market: It’s what you make it.

Jeremy Rappaport is a fan of mobile technology, music production, and writing about entrepreneurship.  Check him out on Twitter.