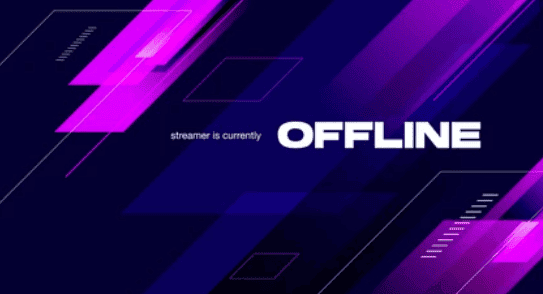 Home
Quick Reads
Why Was Dr Disrespect Banned On Twitch

Launching all the way back in 2011, Amazon’s child company Twitch went on to become a massive platform for streamers of all sorts of content. Of course, it wasn’t like this since its inception – it started out relatively modest, ramping up during 2013 and finally exploding somewhere in 2014 – the year when it reported having higher traffic than HBO’s HBO Go service. With more and more streamers popping up on the platform as it started to snowball, one seemingly stood out amongst the rest – the self-proclaimed Face of Twitch, Herschel “Guy” Beahm IV, better known under his online alias Dr Disrespect.

Having previous experience in working with a large gaming community (gained during his time working as Sledgehammer Games’ community manager around the time Call of Duty Advanced Warfare came out) helped him to power through Twitch’s ranks and soar to the very top. Of course, Guy’s success wasn’t all thanks to his formal experience, as what really propelled him up on Twitch’s ladder was masterfully playing the persona of Dr Disrespect, known for his over-the-top machismo and top tier production levels.

Read More: Bits on Twitch – How To Get Them & What They Worth

With the Doctor’s experience and popularity in mind, the fact that he was banned from Twitch on June 26 of 2020 shocked just about everyone – Dr Disrespect included. This wasn’t the first time Guy faced issues on the platform, however, the reports claimed that this time around his suspension would be permanent – something that seemingly came to be true, as the name Dr Disrespect remains unseen on Twitch to this day. To make things even more confusing, the suspension happened mere days after the content creator signed a multi-year contract with Twitch, which would ensure that his content remains on Amazon’s popular streaming platform for quite a while.

The news about Dr Disrespect’s ban were first brought to everyone by the Twitch Partner tracking account called “StreamerBans” via Twitter. A short while after this, Twitch staff issued an official statement claiming that appropriate action has been taken as they had evidence that a streamer violated their Community Guidelines or Terms of Service. However, other than this rather vague statement, no other information on exactly why the streamer was banned from the platform was provided.

During the evening following the day of the streamer’s suspension, he issued a statement of his own, also on Twitter – the statement said the following: “Champions Club, Twitch has not notified me on the specific reason behind their decision. Firm handshakes to all for the support during this difficult time.” As you can see, the streamer hasn’t mentioned whether the suspension was permanent or not, nor did he mention what the reasoning behind the ban was.

Rather unsurprisingly, once the rumors that Dr Disrespect’s ban was permanent started taking effect, a large number of people started to band together in order to support the streamer in his hour of need. Other popular streamers also commented on the situation – one of them being Timothy Betar, one of Dr Disrespect’s good friends – who went on to say that all he knows is that the Doc is having a conversation regarding his suspension with Twitch, and that he’s trying to figure out what happened. Rod Breslau, known under the handle ‘Slasher’, went on to say that credible sources told him the exact reason why Dr Disrespect had been banned, but that he would refrain from talking about it as the subject was ‘sensitive’.

Following the streamer’s suspension, all his emotes were removed from the platform and everyone that was subscribed to him received a refund – further going to show that the suspension would remain permanent.

As a result of the seemingly permanent ban from Twitch, Dr Disrespect moved on to streaming on YouTube, during August of 2020 – which is where you can still see him streaming to this day.

To sum everything up – no one has shared the exact reason why Dr Disrespect was permanently suspended from Twitch yet. While the streamer himself hasn’t shared any hard evidence as to why he was banned, he has implied that the suspension may have had something to do with the multi-year deal he signed with Twitch previously.

With the recent turn of events in regards to Twitch’s ban policy, we may yet find out what the Doctor was banned for after all this time. If you’re not yet up to date on this, Twitch has now started showing certain details in regards to why streamers on their platform were suspended (likely as a result of one of their recent court experiences) – and while the details they share aren’t exactly verbose, they can help shed a lot of light on the situation.

In the meantime, feel free to check out the following Reddit threads if you’re curious as to what the fans’ speculations on why DrDisrespect was banned on Twitch are: