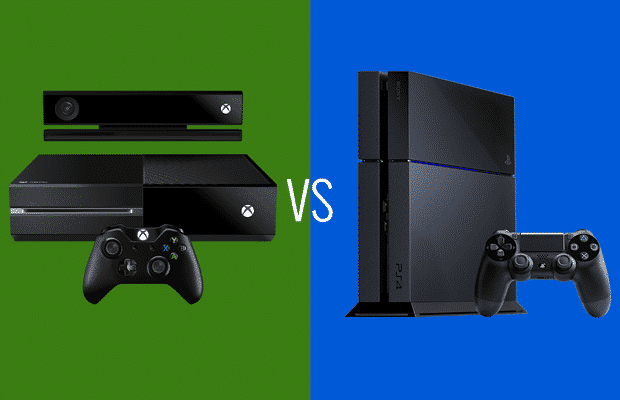 It’s only a matter of days now for Sony’s Playstation 4 and Microsoft’s Xbox One to be released and I’ve been asking myself which console I want to buy myself for christmas. During the last days and weeks, I spent a fair amount of time researching both consoles to find the best one.

In this article I would like to share my experience and findings to help you make an educated decision.

First of all, I want to mention that I’m neither an engineer nor programmer and, therefore, this article will not only focus on hardware specs.

If you compare the PS4 and the Xbox One, the PS4 seems more powerful for gaming, whereas the Xbox One seeks to offer an all-in media center solution. IGN created a nice infographic comparing the two consoles:

So what do all these specs tell us? I’d say nothing. Yes, the Playstation looks slightly more powerful, but does that really matter?

What Really Matters In Console Gaming

Gaming consoles are convenient. To get started you only need to connect the console to your TV or screen and you’re almost good to go. Simply insert a disc or download the game, install it and enjoy playing. That’s about it.

Did you ever ask yourself why Steam is so successful? Because it’s easy and convenient. The same applies to iTunes, Spotify or Netflix. It’s all about the consumer experience nowadays.

Let’s get back to gaming consoles. If you want to focus on specs and features only, I would suggest that you should look in getting a decent PC and join the PC Master Race. Seriously. PC Gaming is great and if you want the best graphics you should rather invest in a PC.

Especially with Steam’s Big Picture, PCs are definitely a good alternative to game consoles nowadays. Plus Valve is about the releases dedicated Steam Machines next year. But let’s get back to the question of whether PS4 or X1 is the better console.

Gaming Is More Social Than Ever

Gaming is more socially acceptable than ever. Games like League of Legendsfill arenas full of people. Gamers are interested in watching other people play video games, communicate with them and make it social. And it’s not only limited to PCs or complicated setups anymore: The PS4 lets you live-steam content from your console.

So what should you take-away from that? Talk to your friends. See which consoles they are getting or maybe choose one together. With the Playstation 4 and the Xbox One being technically almost identical, I’d say that your friends play an important role in deciding which console you decide to buy.

With cross-platform gaming not being available for every game, do yourself a favor and don’t exclude yourself from your friends.

Another thing you have to keep in mind are console-exclusive games. If you love playing Halo, the new Playstation shouldn’t be your new console. But that’s obvious, right?

The PS4 starts with two exclusive games on day one while the X1 has six. At the same time Sony’s console has more games available in their digital store. But what does that tell us? If you didn’t make a definite decision until now, day one exclusives won’t make a huge difference for you.

From what it looks by now, the Xbox One focuses on delivering an all-family media and gaming experience. Kinect 2 looks great and will definitely bring some Wii-like fun to the Xbox One.

The Playstation 4 is all about gaming. Sony actively supports and promotes indie games, which is a great addition to big budget games.

So Which One Is Better?

I hope that you’re not disappointed because I did not answer the question whether the Playstation 4 or Xbox One is the better console. I believe that you can’t answer this question now or at all. Both consoles are great and the next generation of gaming is here.

The next months will show which console sells better, which exclusive games will be published and how well the consoles perform. Start thinking about more things than specs and exclusives. Talk to your friends. And if your really want to have an answer: I’m gonna get the PS4.

7 thoughts on “Xbox One vs Playstation 4 – Which Is The Better Next Gen Console?”

Only reason why most went with ps4 is because of the internet issue …the playstation controller is another attraction that made people think its the coolest thing” but real hard gamers ranking up on every 1st shooter game online of course don’t have time to be looking down at some 1 inch screen on a controller…what a waste!!! Xbox live rules

What do you mean by the 1 inch screen?

He obviously doesn’t know what he is talking about… Plus the pad is like a computer pad I lets you select things faster and more efficiently.

1 inch screen ? is there something wrong with you ?

I suspect you’re confused, the PS4 controller does not have a screen on it, it has a touch-pad for controlling games: http://community.us.playstation.com/t5/image/serverpage/image-id/135571i752EDC57E4D3D8A2/image-size/original?v=mpbl-1&px=-1

if xbox is so successful then how come you always hear commercials on how you can win an xbox one everyday but the ps4 hasn’t given out 1?