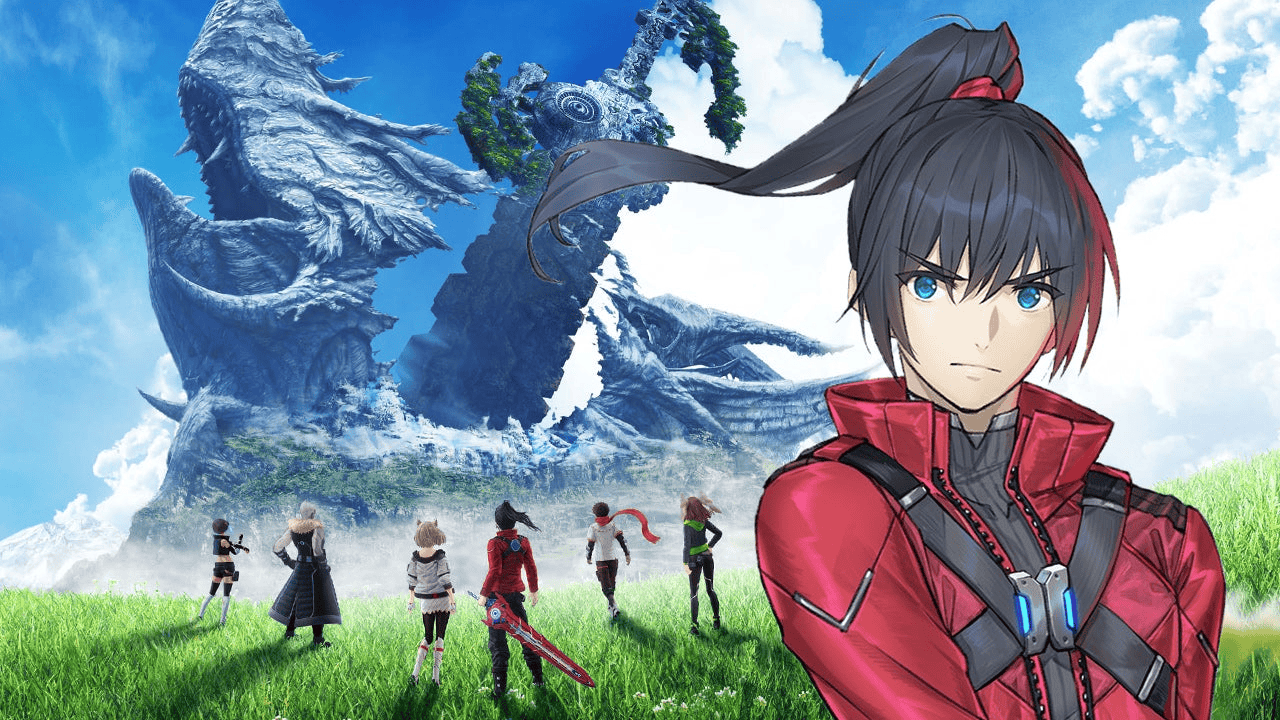 Xenoblade chronicles 3 review. It’s hard to find a good game to play during the annual summer video game release drought, but Xenoblade Chronicles 3 is just what you need. Skull and Bones or whatever little game Sony Santa Monica has going on that will surely be of no significance will be out by the time you’re done with it, so don’t worry about it. In the 25 hours I’ve been playing, I’m not even sure if the game can be completed because it keeps introducing new mechanics and tutorials to an already complicated game. In spite of these drawbacks, I find myself drawn to the game’s combat, which makes it feel like an MMORPG, and its baffling story. I don’t know what’s going on mechanically or narratively half the time, but I’m having a good time with it. 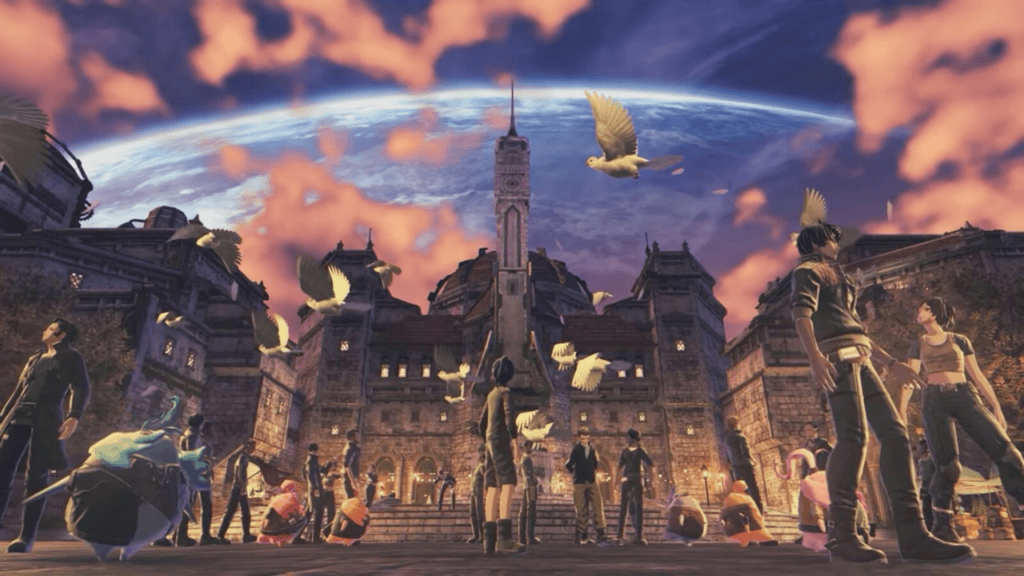 However, I’m not done with this game. JRPGs are notorious for taking a long time to finish, and this one is no exception. Even with the generous amount of time Nintendo gave us—a full month—just it’s not enough time for us to complete the game. I’m only 25 hours into the course, and there’s still a long way to go. As a second point, I’ve never played the Xenoblade series before. A Final Fantasy fan, I was a longtime fan of JRPGs before the Xenoblade series came along.

There is a chance that my feelings about the game may change after spending 50 hours with it. For the first time in a long time, I may be able to get a handle on how combat is supposed to work in the game. This game’s narrative could finally start answering some of the many questions it has so far denied asking. This isn’t a formal review, but it’s a good representation of how I feel about the first half of the game.

Starting off with some good old-fashioned child soldiering, just like my favourite Final Fantasy (VIII). It’s no surprise that the game opens with an incredibly grim montage of teenagers on both sides fighting and dying on a brutal battlefield. Noah and his team of Kevesi special forces have been training for battles against the Agnus since they were born. Eventually, he’ll join forces with Agnian forces, and they’ll work together to save the world.

The combat in XBC3 is particularly impressive. These days, it’s incredibly difficult to create engaging RPG combat. Either it’s a traditional turn-based strategy game or a lightning-fast button masher with no more strategy than “keep hitting X until somebody dies.” both are possible outcomes. Because of this, Xenoblade feels like a single-player game’s best shot at MMORPG combat. Your allies can assume each other’s classes, and you can learn new classes from the people you meet. Your allies gain new abilities that they can add to your own to form powerful team compositions that give you a decisive advantage in battle.

There’s a lengthy procedure for inflicting status effects on enemies. You must first break the target, and then use topple on the broken target in order to stun them with daze. If you equip your allies with abilities that break, topple, and daze opponents, the AI will automatically use them in that order to inflict all three on the enemy.

Combat in XBC3 places a lot of emphasis on positioning. During MMO boss fights, you should avoid being directly in front or directly behind an enemy, as these areas typically have special abilities that inflict additional damage. Another piece of long-standing MMO wisdom states that you should never stand in an area that is debuffed, but rather should always stand in an area that is buffed. It’s not uncommon for characters in Xenoblade to have special abilities that can either deal more damage or activate certain conditions based on where they’re standing. Allies benefit from the abilities and auras of the characters you stand in. Like my Astrologian in Final Fantasy XIV, I’m positioning my character to the fullest extent possible to maximise output, just like I did with my character.

The mechanics of combat are beyond my comprehension, as much as I enjoy them. Icons that appear under abilities in the game’s byzantine tips section are not explained and do not have an entry in the help section. I’ve never been able to get my head around the concept of “cancelling attacks,” which is a confusing term. In order to gain a small amount of extra damage, you must begin a new attack as soon as the previous one has finished. A rhythm game while you’re dancing around enemies is a little too much to ask of a player.

However, the most dangerous type of attack is a chain attack. When a special metre is full, you can unleash a powerful chain attack, which is especially important for boss fights. In order to use a special ability, you must choose a sequence of smaller attacks to build up to 100% or more of the ability’s power. This takes you out of the battlefield.

At first, I didn’t see any logic in it. Only those attacks that increased the number of victims were chosen. I clicked through the tutorial panels, my eyes glazed over as I tried to absorb the sheer volume of everything that was happening all around me at the same time. Using a chain attack effectively turns out to be possible, but the strategy is tucked away in the game’s combat training exercises. Learning game mechanics can be made easier with the use of in-game combat simulators. There are a few tutorials, but some of them require you to sift through them like a manual for a high-end coffee maker, which is kind of disgusting.

Weaker attacks can be unleashed when characters fuse into creatures known as Ouroboros, which can only be used for a limited amount of time. Like everything else in this game, the Ouroboros have their own skill trees and abilities, and they even have a second form that you can trigger. There’s no reason for me to use the second form of my Ouroboros in the game, and I haven’t been given a clear reason to do so.

Despite the fact that you can play any character who can then be any class, I’ve stuck with the healer class. Your allies lack the ability to heal themselves. Healers are the only ones who can use items to restore HP or even resurrect the dead. The ability to resurrect other fallen allies will be lost if they die, and the game will usually end as a result. I prefer to be in charge myself, and the AI does a decent job of handling damage and tanking classes anyway. It severely restricts my ability to play, but when my screen looks like this:…being restricted doesn’t seem so bad. Thank you for trying to set XBC3 apart from other RPGs with its combat. As a result, there are many mechanics to keep track of that are poorly explained and require an additional 10 hours to decipher in a tutorial section.

Story of the game

Even though I’m interested enough to keep playing, it feels like the game keeps adding breadcrumbs of plot without a gingerbread house payoff in the forest’s centre. In light of the sheer volume of games I expect to be left, this is not and cannot be a serious complaint. However, I believe that by this point, I should have a good idea of what the characters are trying to accomplish.

In the middle of “Fortunate Son,” Noah and his friends encounter an old man. They’ve never seen anything like Xenoblade chronicles 3 review. There is more to life than fighting and dying at a young age, giving their life energy to power their colony’s “Flame Clock.” This old man tells them that. When Noah befriends a group from the opposing side of the war, he and his new friends discover a way to break both sides out of the never-ending cycle of war and death: smashing the flame clocks of the colonies. 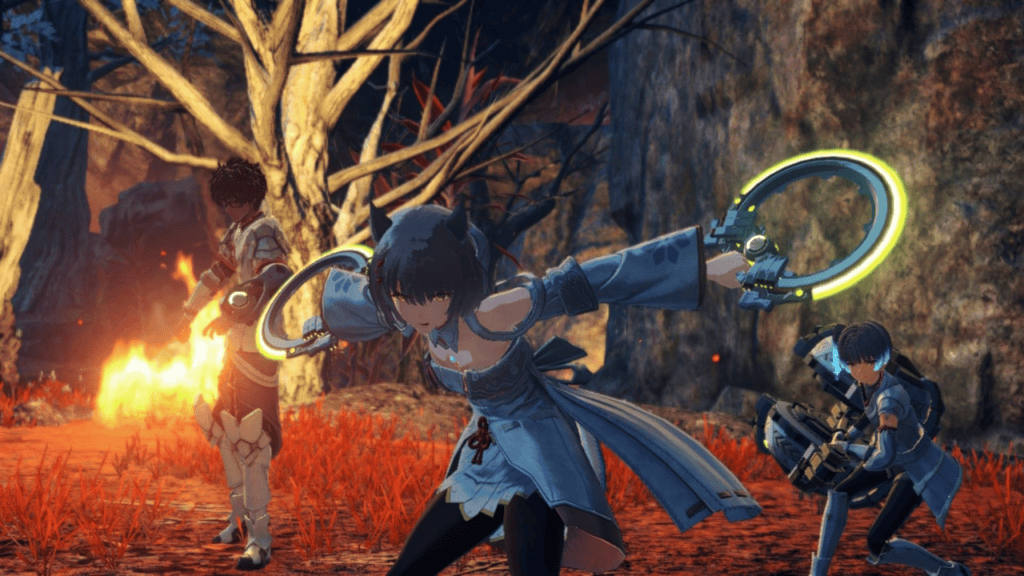 In addition, a gang of armored foes rules the colonies like pawns on a chessboard. Their motivations are still a mystery, but they include former allies of Noah’s who had been presumed dead. As if that wasn’t bad enough, I’ve just learned about an even more sinister group of criminals who are in control of those in charge of the colonies themselves. We can’t take it any more Xenoblade chronicles 3 review.

I like how each character has their own spotlight. Other RPGs, on the other hand, tend to focus on a single protagonist and ignore the backstories and motivations of everyone else in favor of focusing solely on that one person. (It doesn’t matter which Final Fantasy you choose.) I also enjoy the game’s depiction of the complexities of relationships between people who have been hurt by each. Each of the characters you’ve taken control of has engaged in conflict with the others. Despite the fact that they’ve been thrown together, it takes them some time to warm up to one another. These people are right to point out that even though they are helping other enemy colonies, the good they are doing now does not erase the harm they have caused to others in the past.

Q1: Will there be a third Xenoblade chronicles 3 review?

From the 29th of July 2022, players will be able to purchase Xenoblade Chronicles 3. There is no other way to play it than with a Nintendo Switch. 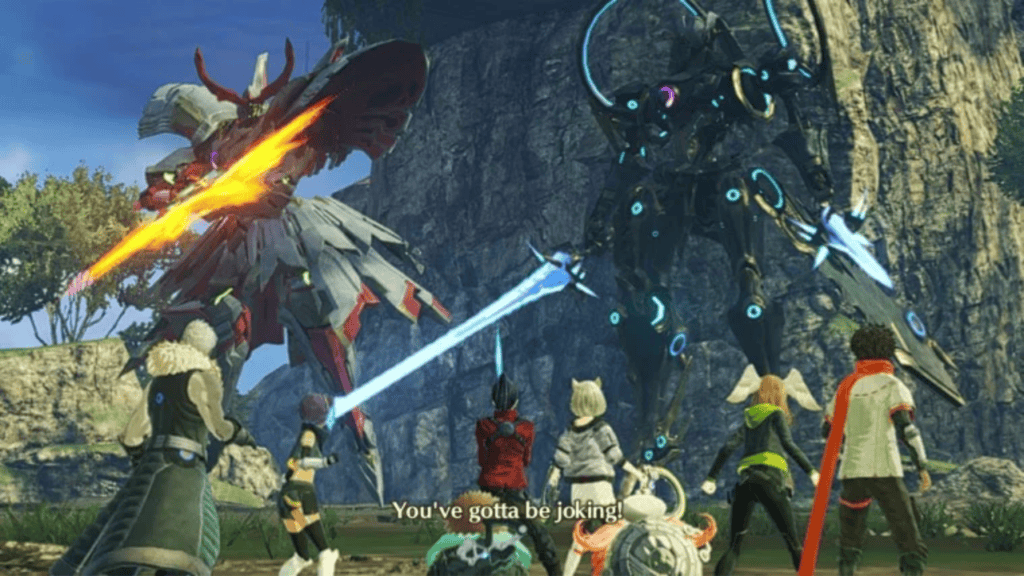 Q2: Which Xenoblade Chronicles game is the best?

In my opinion, Xenoblade Chronicles 2 is better than the original. As divisive as that may be, the sequel boasts a more compelling plot, richer gameplay. And a more interesting setting to explore. I prefer it to the other option.

Q4: How successful was the Xenoblade Chronicles video game franchise?

Q5: Is this the final xenoblade game?

In terms of marketing, Xenoblade Chronicles 3 is positioned as the capstone to the Chronicles trilogy.