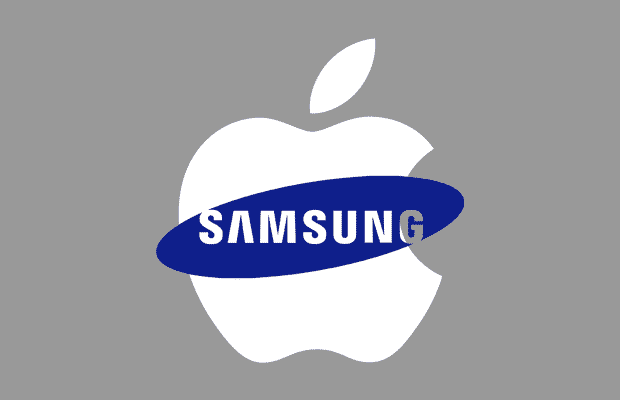 2012 was a good year for producers of mobile technology. We saw many amazing devices entering the market that year, including several Android handsets like the Samsumg Galaxy S3 & Nexus 4, and Apple’s new iPhone 5. We have also watched a few companies fighting each other in court over different technological patents.

As this is on of the first posts in the new year, we would like to start with a small recap of how the major mobile companies have performed over the last few months of the last year.

30.000 people have been surveyed by comScore in order to find out which company is now leading the mobile handset market. Even before that we could easily guess that it would be probable Samsung and Apple fighting for the first place in the ranking.

Results of the Survey

According to the recent comScore survey, Samsung is leading the way in the U.S. with a 26.9% mobile subscriber share in November. The second place goes to Apple with a 18.5% share of mobile subscribers. Behind Apple is LG with 17.5%, Motorola with 10.4% and HTC with 5.9%. Compared to October’s data Samsung and Apple had a 1.2 and 1.4 increase respectively. 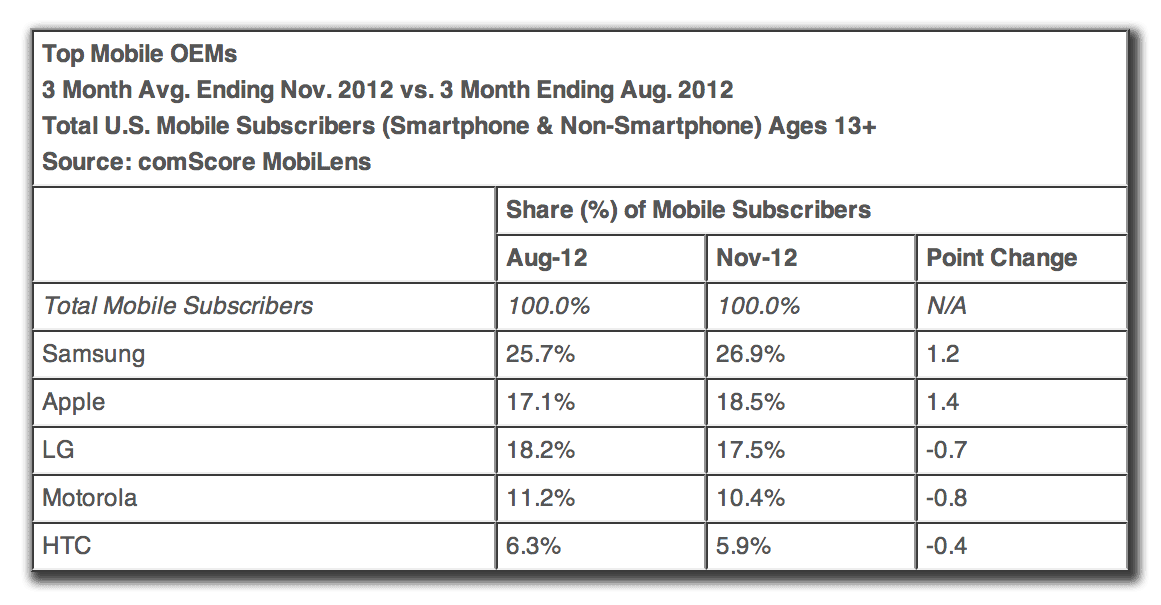 Despite LG’s 0.7 point decrease from October 2012 we expect a slight rise in December and January 2013 due to the recent Nexus 4 launch, which appears to be more popular than Google and LG have imagined. But 2013 will be a hard year to compete with Samsung and Apple. Some recent news have already shown a leaked picture of the Samsung Galaxy S IV and the iPhone 6 is already being tested. And, as we have seen with the latest iPad, Apple’s product release cycle is getting shorter, which means that we could see even 2 new iPhone releases in 2013.

What do you think will happen this year? Will Samsung be able to hold the first place?