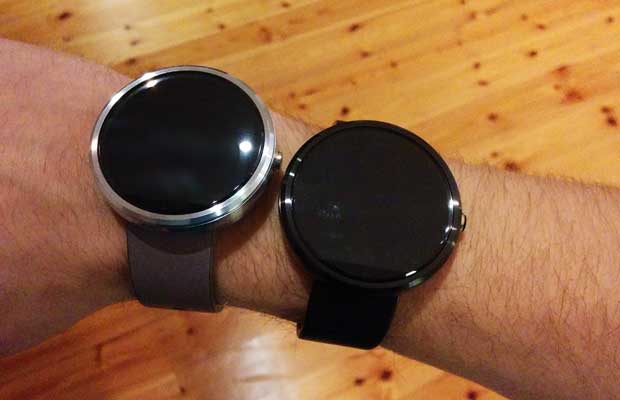 Should I buy the Moto 360? Here are 5 signs that you should

Spending money on a brand new piece of technology from a category you haven’t used before might be quite a tough decision. However, if you are a specific type of Android user, a smartwatch like the Moto 360 or the LG G Watch would be the perfect holiday gift to treat yourself with.

My hands-on experience with the Moto 360 has completely changed my view on wearable technology, especially smartwatches. And I hope that my insights will help you to decide whether it’s worth for you to buy a smartwatch or not.

Reasons to buy the Moto 360 or any other Android smartwatch

1. You own an Android smartphone

2. You receive tons of notifications

I get hundreds of notifications on my Android phone every single day: emails, messages, social alerts, news, etc… Some of those notifications I simply can’t afford to miss, others can be looked at at a later point in time and some I don’t even know why I get them (looking at you, Facebook). An average user gets around 100 smartphone notifications on a daily basis, and if you feel that you get an above-average amount of notifications, I would recommend you to seriously consider getting a smartwatch.

Ever caught yourself checking your phone because you felt a slight vibration… but there’s nothing? Yeah, that’s something most smartphone users experience once in a while: Ghost Notifications. With a smartwatch like the Moto 360 the need to check your phone for notifications will become redundant. The notification vibration is very distinct and can’t be mistaken for anything else, really.

3. You are an early adopter

Wearable tech is far away from being perfect, both from the hard- and software perspective. However, if you care more about new and exciting technology than you care about lags, bugs, dropped frames or other tiny little inconveniences, you should think twice before saying no to a smartwatch.

4. You have the funds

5. You are deep in the Google Apps ecosystem

Android Wear gets amazingly useful if you are using Google apps on a daily basis. For me it is Gmail, Google Calendar, Keep, Hangouts, Google Now and many others. If you are like me and you are using many of those apps every day, you should get much more out of your new smartwatch than other people.

All in all, you need to be an avid Android lover, Google enthusiast and consider yourself an early to justify the $300+ price tag for a new Android smartwatch. The new technology still lacks what many of us got used to a long time ago: fluid animations, good battery life and an immense amount of features. Android Wear, along with the current flagship smartwatches like the Moto 360 and the LG G Watch R, are still in the very early stages.

If you are really passionate and excited about new technology and you have the money to spare – go ahead and buy one right now. If not, wait for the next generation of Android smartwatches to be released. The hardware will improve and the software will come closer to matching the users’ expectations.

If you have any other questions I might be able to answer you about my experience with the Moto 360 and Android Wear, simply ask in the comments section below.

How to make a custom Moto 360 watch face with WatchMaker

One thought on “Should I buy the Moto 360? Here are 5 signs that you should”

One more: you care about a set of numbers so great that you want to look at them all the time. http://bit.ly/1yeiC2G